Maryland basketball vs. Ohio State: How to watch and what to watch for 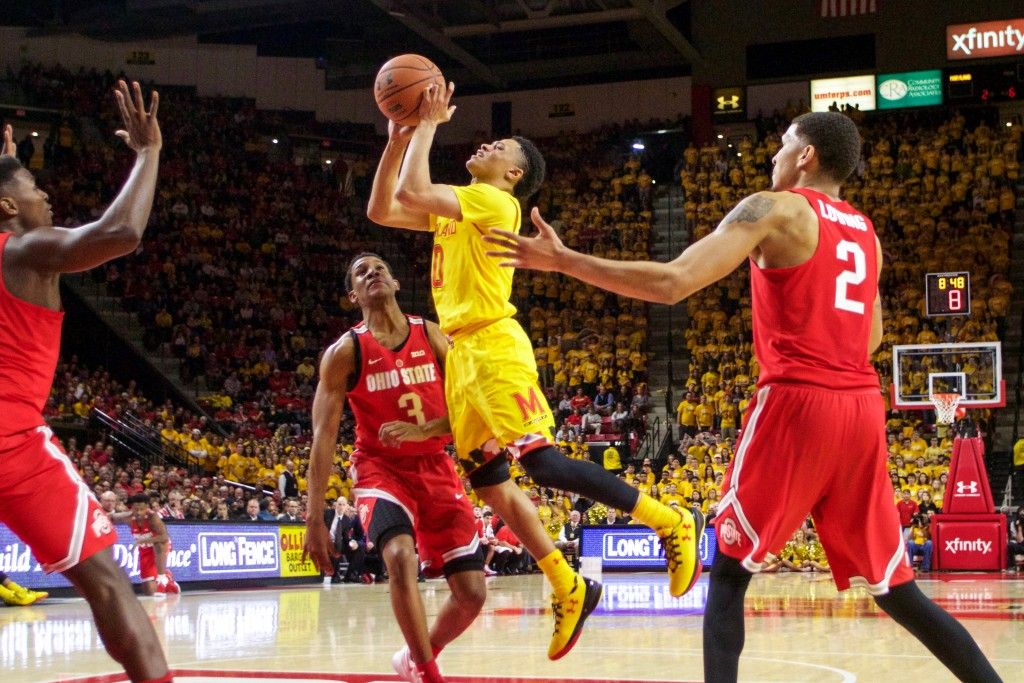 What to watch for Maryland: Finishing strong

Maryland had a 21-point lead in the second half against Wisconsin. Maryland only beat Wisconsin by four. While the Terps were able to avoid an embarrassing home defeat thanks to some Anthony Cowan heroics, it was still deeply concerning to see Maryland go from leading by 21 points to briefly trailing Wisconsin before pulling out the win. If Maryland’s able to get out to a big lead against the Buckeyes, the Terps will look to make sure there’s not a repeat of Monday night.

What to watch for Ohio State: Getting to line less often than its opponents

Ohio State has lost three straight games. In those three games, the Buckeyes have averaged 13 fewer free throws than their opponents, which is certainly less than ideal. The free throw differential was especially notable against Iowa — the Hawkeyes beat Ohio State by ten points in a game where they made ten more shots from the charity stripe than the Buckeyes. To snap its three-game losing streak, Ohio State will try to get to the line more than the Terps.