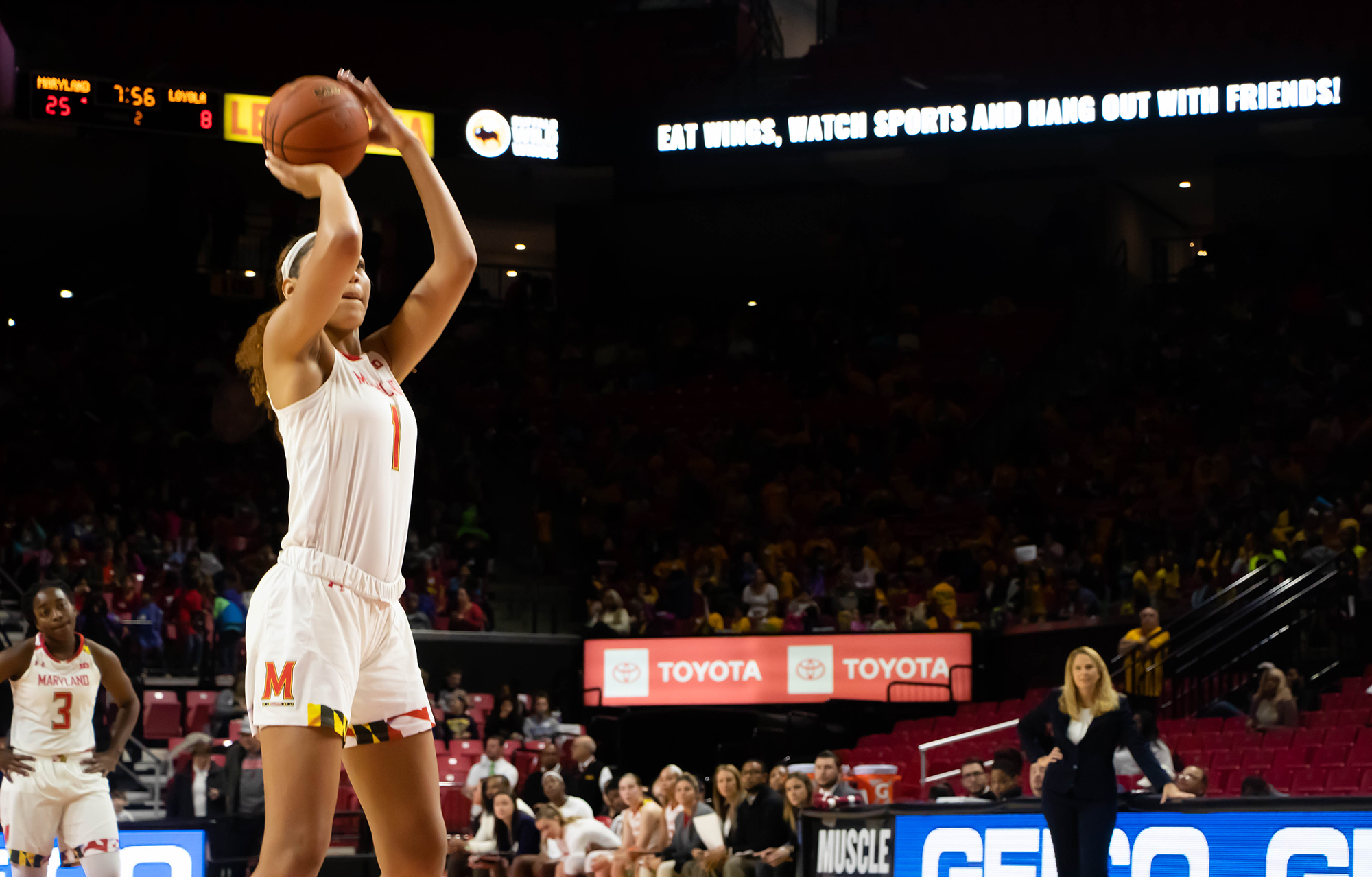 Maryland women’s basketball moved up one spot to No. 4 in the Associated Press poll released Monday.

Forward Shakira Austin was also named Big Ten freshman of the week for the fourth time. In her first career start against Delaware on Thursday, she posted a double-double and tied the single-game school record with eight blocks.

Maryland (11-0) started slowly against the Blue Hens — with a 28.6 field-goal percentage in the first half — but picked it up after halftime to score a decisive 77-53 victory.

In the defeat of the Blue Hens, Austin posted 17 points and added 13 boards for her fifth double-double. Her eight-block performance tied the school record with two other players; Krystal Kimrey first reached that threshold with eight rejections in 1976.

It’s the second time this year Austin has challenged the single-game mark. She denied seven attempts in a season-opening win over Coppin State on Nov. 9. Her 3.18 blocks per contest through 11 games rank fourth in the nation.

The Terps moved up one spot in the AP poll after then-No. 4 Mississippi State fell to Oregon and dropped to No. 8. It’s the third straight week Maryland has improved a spot, after coming into December at No. 7.

Four Big Ten teams were ranked in the AP poll for the third consecutive week.

The Spartans and Hawkeyes face off Sunday to open their conference slates. The matchup may provide clarity into which squad could challenge the Terps — who were named the preseason Big Ten favorites — to win the conference.