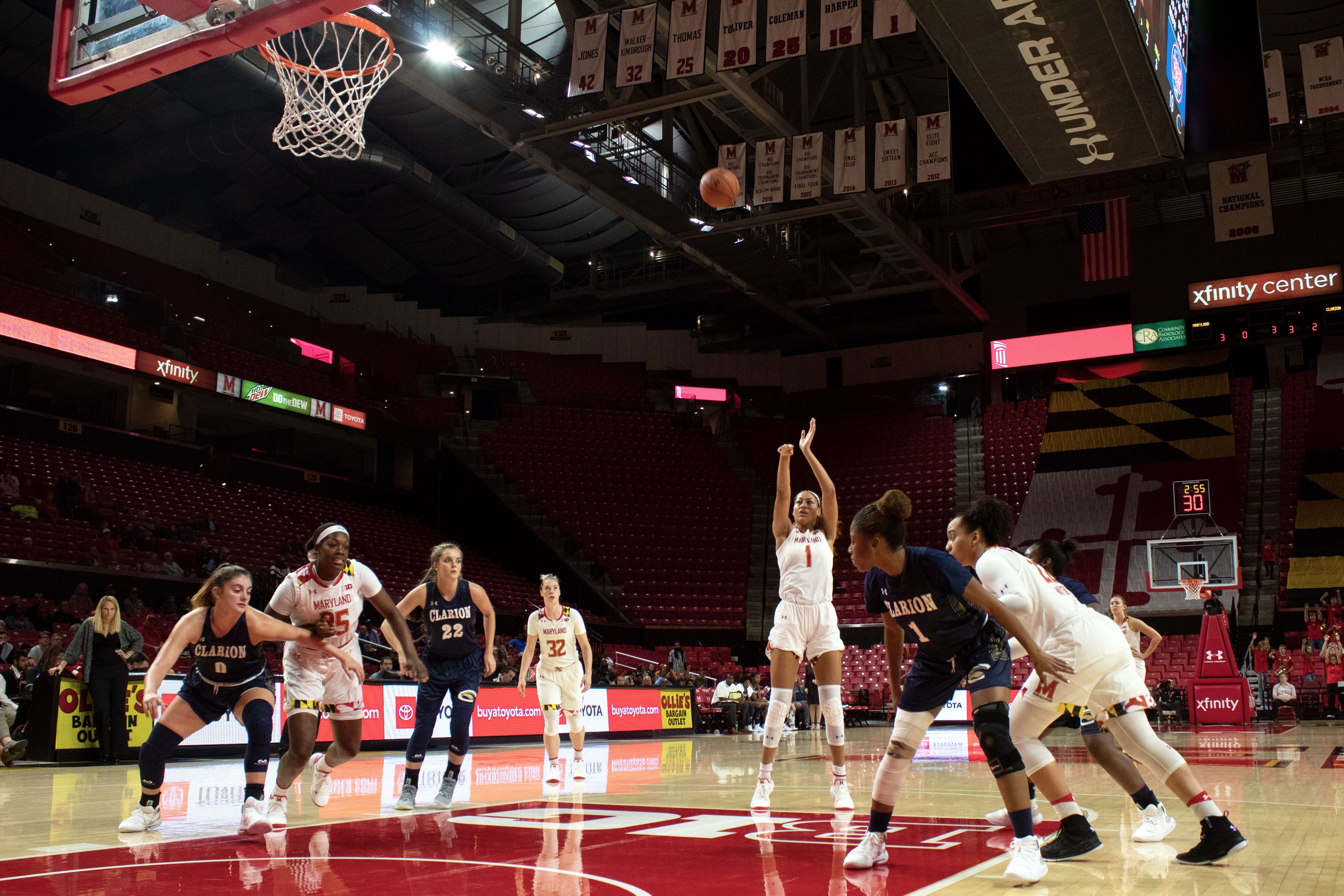 Maryland women’s basketball jumped one place in the AP Poll, slotting in at No. 5 in Monday’s release.

Forward Shakira Austin was also named the Co-Big Ten Freshman of the Week on Monday, splitting the honors with Michigan’s Naz Hillmon. It’s the third time Austin has received freshman of the week honors.

In the victory over the Greyhounds, Austin dominated in the frontcourt yet again. She scored 17 points on 8-of-12 shooting from the field and grabbed 13 boards to complete her fourth double-double of the campaign.

Austin has averaged 11.8 rebounds and 2.7 blocks a game through 10 contests, which ranks 17th and 11th in the NCAA, respectively.

Maryland moved into the top five for the first time since the final week of the 2016-17 season after Baylor suffered its first loss of the year and slipped three spots to No. 6.

South Carolina was ranked No. 10 when the Terps dominated them, 85-61, on Nov. 18, but the Gamecocks are now clinging to the No. 25 spot in the poll with a 6-4 record. With South Carolina’s drop in form, Maryland is in jeopardy of losing its marquee nonconference victory.

For the second consecutive week, four Big Ten teams were featured in the rankings.

With conference play less than two weeks away, it remains to be seen who will emerge as the Terps’ biggest challenge in the Big Ten. Ohio State, who beat Maryland in the conference title game last year, is 4-3 this season.