For the first time, UMD’s SGA will have black and women’s caucuses 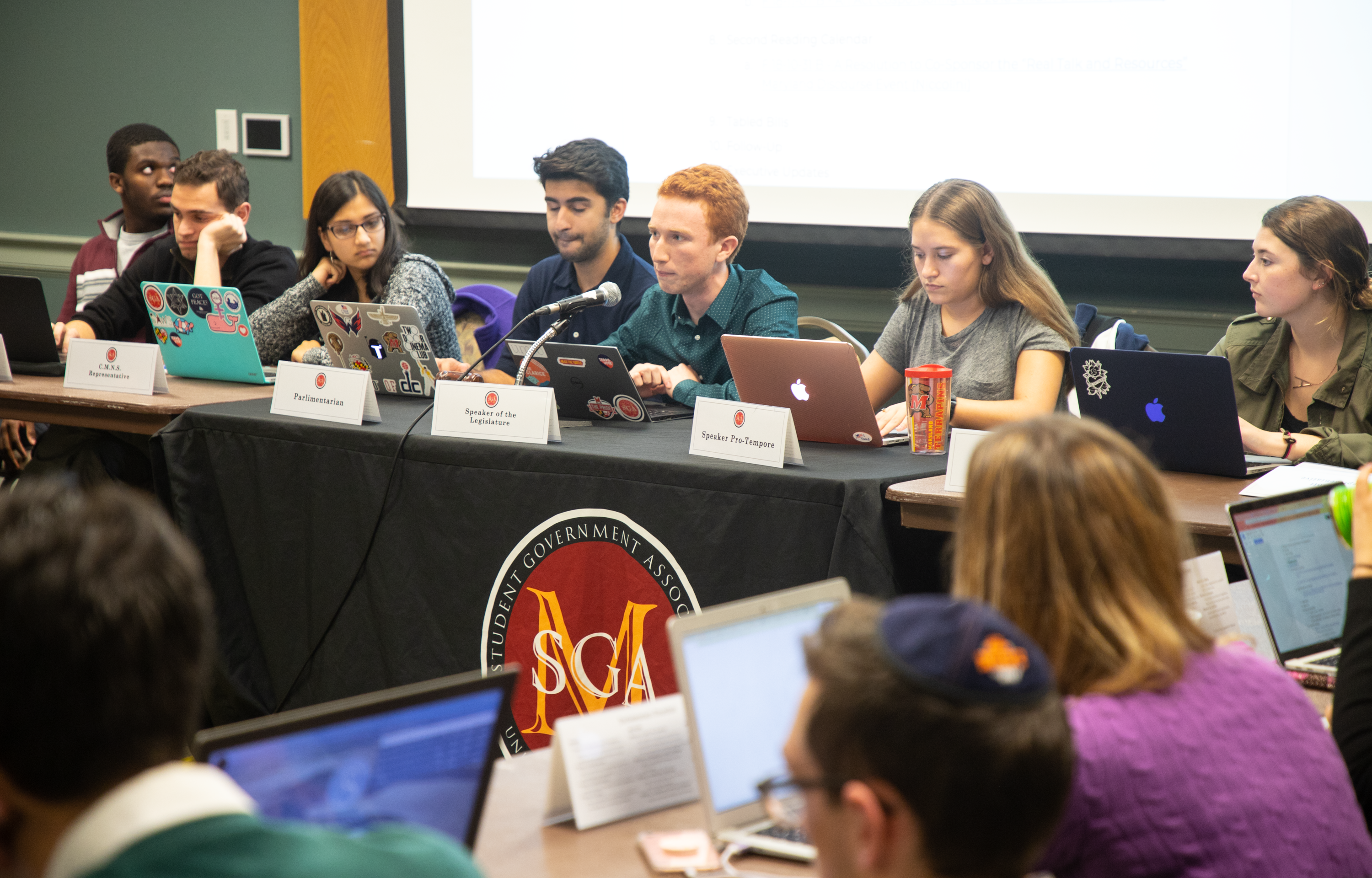 The University of Maryland’s Student Government Association unanimously voted to establish its first black and women’s caucuses at its Dec. 5 meeting.

The caucuses would serve as a “working group” for SGA members to specifically discuss groups, issues and legislation relating to those demographics, said Serena Saunders, who sponsored the bill creating the women’s caucus.

While the logistics of the caucuses have yet to be determined, the acts establish the groups as formal entities. The idea for the caucuses came from already existing Slack channels for female and black members of the SGA, said Taylor Green, director of the diversity and inclusion committee.

The establishment of these caucuses creates forums for women and black students to voice their concerns, and for SGA members to discuss issues and initiatives related to those groups, said Green, a junior community health major. She added that the caucuses would act as a place for these groups to talk about their issues candidly, with their goal being tangible legislation.

Saunders, a junior public policy major, who also served as a co-sponsor for the Black Caucus bill, stressed the importance of allies, and said meetings will be open to all students and SGA members, even if they don’t fall into either group.

The women’s caucus will officially be named the “Womxn’s Caucus” — the “x” in “womxn” added to make the language inclusive of all women, similar to the use of “Latinx” instead of Latino/a, Green said. The goal is for this caucus to also be open to trans woman and nonbinary individuals.

Women have a slight majority in the SGA right now, filling 33 of the 64 seats currently occupied. In 2016, this university’s SGA had the second highest female representation in the Big Ten. In contrast to the ample female representation, there are only seven black elected members and one black appointed member of the legislature, Saunders wrote in a message.

While women are more proportionally represented in the SGA than black students, Senam Okpattah, who sponsored the Black Caucus bill, says there’s a strong need for both — even if those needs are different.

“The role of intersectionality can come into play as well. So, yes, there are overarching ideas of what women’s issues are, but those vary for women of color,” said Okpattah, a junior African-American studies and public policy major. “I think the black caucus is more racially centered in that way.”

Okpattah, who served as a co-sponsor for Saunders’s bill, said they worked closely together on both pieces of legislation. She said they saw a “significant need” to represent women and black students in light of the “campus climate with race.”

“We felt like we needed to foster a space in the organization that’s going to allow us to bolster our voices and bring these issues to the forefront,” she said.

2nd Lt. Richard Collins, a black Bowie State University student, was killed in May 2017 on this university’s campus while waiting for an Uber near Montgomery Hall. Sean Urbanski, a white former student at this university, faces charges of first-degree murder and a hate crime in the killing.

Hate bias incidents continue to rise in number — there’s been 19 this semester, according to this university’s Office of Diversity and Inclusion’s log as of Wednesday.