Maryland men’s basketball is 0-5 vs. the ACC since joining the Big Ten. Is the team cursed? 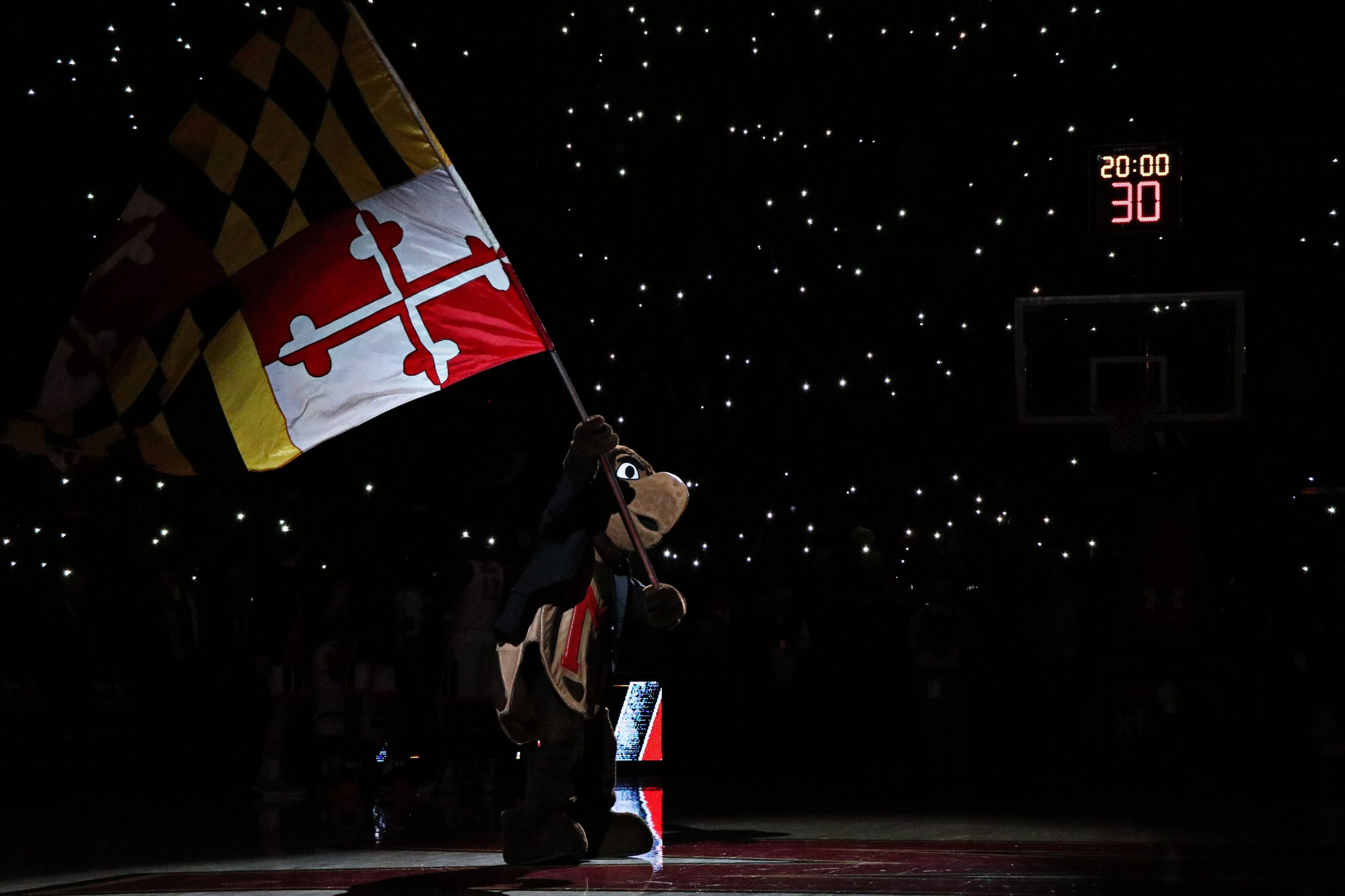 Testudo excites an arena of fans before Maryland’s 76-71 loss to No. 4 Virginia at Xfinity Center on Nov. 28, 2018. (Andi Wenck/The Diamondback)

A curse? Bad luck? The ACC’s thirst for revenge?

Whatever it is, Maryland men’s basketball remains winless in the ACC/Big Ten Challenge since leaving ACC and its Bojangles commercials for the Big Ten.

Their latest defeat in the annual battle of the conferences came Wednesday when they lost to Virginia, dropping them to 0-5 in the challenge since swapping out Duke and North Carolina for Michigan State and Indiana.

So, how did those five straight losses happen? And what could explain then? Let’s start from the beginning with the 2014 meeting with UVA.

With 5-star recruit Diamond Stone, the return of Jake Layman and Melo Trimble, and the transfers of Robert Carter Jr. and Rasheed Sulaimon, there was an incredible amount of hype around Maryland’s to start the 2015-16 season. The Terps began the season as the No. 2 team in the country and a Final Four contender. After topping Georgetown earlier in the season at Xfinity Center, they traveled to Chapel Hill for a much-anticipated matchup with the Tar Heels.

The star of the game was Melo Trimble, who had 23 points, 12 assists and one very nasty ankle breaker against Nate Britt.

However, Trimble also had eight turnovers and UNC was an incredibly efficient 9-for-13 on threes as Maryland couldn’t get a win over the Tar Heels. While they couldn’t secure a huge road win, that year’s team still made the Sweet 16 for the first time since 2003.

This was one of the weirdest losses Maryland’s had in the Big Ten era.

The Panthers outscored the Terps 45-24 in the first half and enjoyed a comfortable 73-59 win at Xfinity Center. Pitt had two 20-point scorers, while Maryland chucked up 36 threes, only making 10 of them in a forgettable night behind the arc. The loss became quite the anomaly as the season progressed, as Maryland returned to the NCAA tournament while Pitt finished 4-14 in ACC play and didn’t even sniff the postseason.

Against Syracuse, Maryland wasted one of Kevin Huerter’s best games in his two seasons as a Terp. The future Atlanta Hawk was on fire from three, making seven of his nine shots from deep on his way to scoring 23 points.

The Orange, a recent addition to the ACC, were able to top the Terps thanks to a balanced offense where four different players scored at least ten points. It also didn’t help the Terps that Syracuse grabbed an impressive 19 offensive rebounds, giving Jim Boeheim’s squad no shortage of second chances to score.

This game happened earlier this week so we’re pretty confident you remember what happened. If you need a quick refresher, you can enjoy our game recap by clicking here.

Losing five to an ACC team five years in a row is never good and it’s probably not the wildest thing to speculate that there’s some extra motivation for teams to beat a school that decided to leave their conference.

Regardless of whether there’s a curse, Maryland’s 0-5 and will have to wait until next year for its first chance at revenge on the Tobacco Road conference.