Kapnos Taverna under The Hotel at UMD will close this Saturday 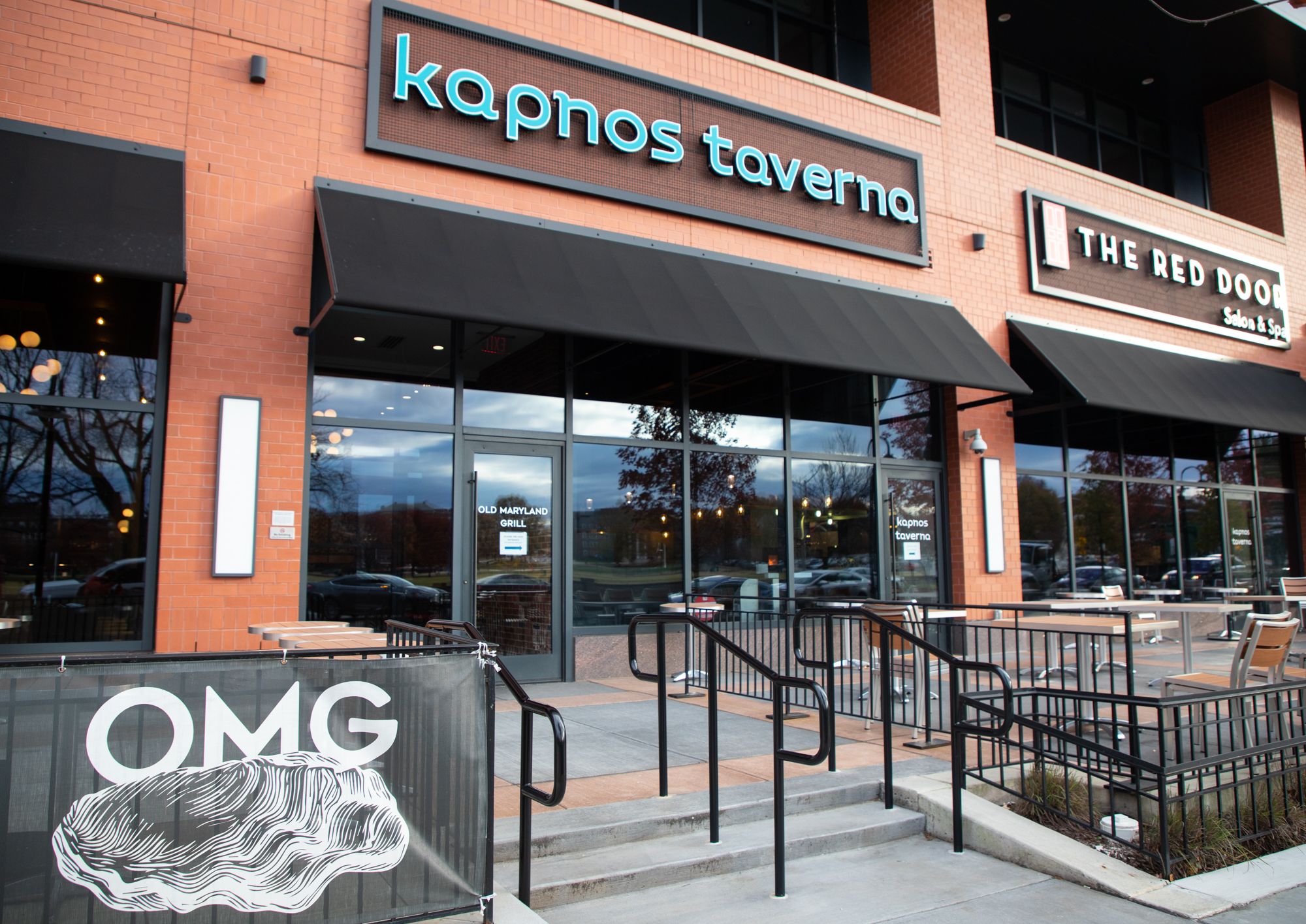 Kapnos Taverna, located on the ground floor of The Hotel, will be closing in December. (Evan Kramer/The Diamondback)

Kapnos Taverna, a Greek-inspired restaurant underneath The Hotel at the University of Maryland, will close Dec. 1, according to the company that manages the property.

The closure comes two months after celebrity chef Mike Isabella — the owner of Kapnos Taverna’s parent company, Mike Isabella Concepts — filed for Chapter 11 bankruptcy in federal court. This allows a business to continue operation while it creates a reorganization and debt payment plan.

“While it is unfortunate that Kapnos was not the right long-term restaurant partner for The Hotel, it is a gorgeous restaurant and we are in the process of reviewing several new and exciting opportunities,” Southern Management Corporation, the property’s manager, said in a statement.

The restaurant opened in September 2017. On May 15 of this year, The Hotel filed a complaint, suing Mike Isabella Concepts for breach of contract and more than $63,566.92 in unpaid rent. In August, Eater DC reported that Isabella was working on a “payment plan” to resolve the complaint.

Kapnos Taverna is one of five Mike Isabella Concepts restaurants to close this year. From April to August, Isabella closed four of his Virginia and D.C.-based restaurants.

“It sucks because business at our location was actually doing pretty well,” said an employee at Kapnos Taverna, who was granted anonymity because they signed a non-disclosure agreement and fear legal retribution. “It was a decision made by higher ups in the company who rarely — if ever — actually visit our location.”

The College Park location was “always like a forgotten child” compared to the company’s other restaurants in D.C., Maryland and Virginia, the employee said. During the lawsuit and closure process, the restaurant’s management has “been incredibly transparent,” and regularly updating staff, they said.

But the rent issue is not the only legal battle the D.C. based company faces. In May, Isabella settled a sexual harassment lawsuit with his company’s former regional manager, Chloe Caras. In March, Caras filed a lawsuit alleging Isabella and his partners commented on her figure, called her names and touched her inappropriately.

“I think [the lawsuit] hurt him quite a bit financially and I think that’s why he was having issues with rent,” Chelton said.

Kapnos Taverna and Mike Isabella Concepts did not respond to repeated requests for comment on the closure.

Sara Edelman, a sophomore enrolled in letters and sciences, was upset when she heard about Kapnos Taverna’s closure. She’s visited the restaurant six times this semester, and she praised the location for its good and affordable food, quick service, knowledgeable employees and “nice” ambience.

“I think it’s a unique spot,” Edelman said. “There aren’t many options in College Park for a good dining experience that isn’t either oily, post-drinking food, or really expensive.”

Chelton said Southern Management Corporation is currently working on a deal with a new restaurant for the space.

“I think it was one of the more well-liked restaurants in the area,” Chelton said. “It’s unfortunate that it had to happen, but I don’t think there’s anything we could have done.”