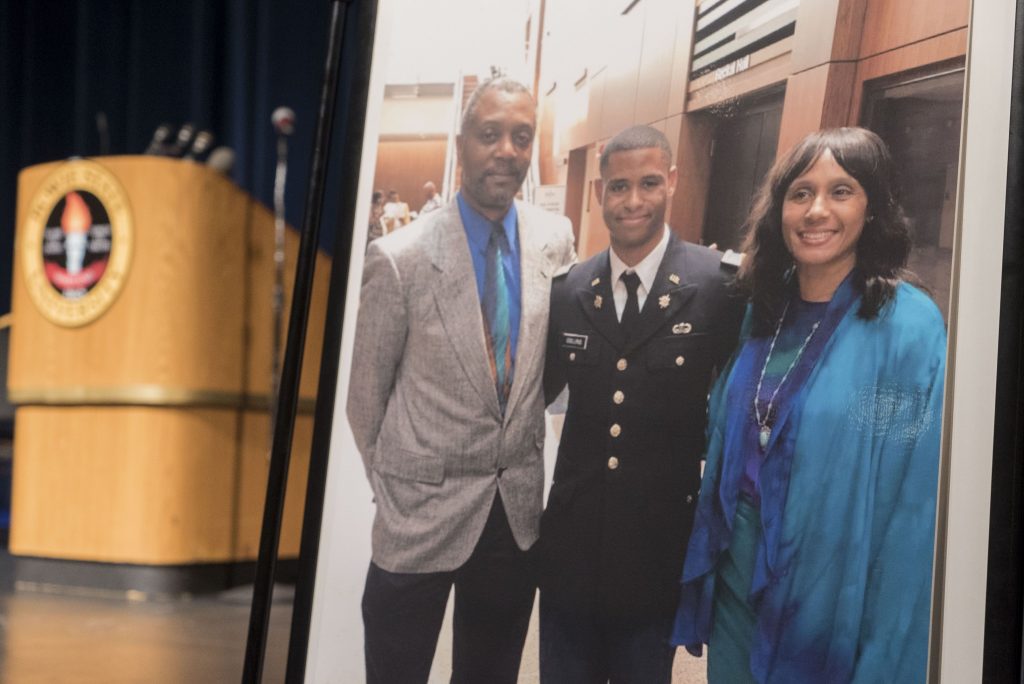 It has been more than a year and a half since the tragic killing of 2nd Lt. Richard Collins. According to the charging documents, Collins — who was less than a week away from graduating from Bowie State University — was visiting friends at the University of Maryland. Sean Urbanski, seemingly intoxicated, approached them near a bus stop and said “Step left, step left if you know what’s good for you.” After Collins refused, Urbanski stabbed him in the chest, police said.

Although initially set to start in January 2018, Urbanski’s trial has been postponed until January 2019. A hate crime charge was added to the first-degree murder charge after prosecutors reviewed evidence suggesting Collins was stabbed because he was black.

They have also argued that the digital evidence prosecutors want to present is inadmissible due to their inflammatory nature. The defense team believes the jury “will be excited to irrational behavior concerning the alleged murder” and that the proposed evidence is “more shocking than the underlying crime.”

The defense team’s citation of the Maryland hate crime statute could be negated by one piece of evidence that may connect Urbanski’s racism to Collins’ killing. According to Prince George’s County State’s Attorney Angela Alsobrooks, there is digital data that “elucidates a statement uttered by the defendant just before he stabbed Mr. Collins.” If this is true, then prosecutors must be allowed to try both the murder and hate crime charges together.

Premeditation needs to be proven for a first-degree murder conviction, and there must be evidence for motive in a hate crime conviction. If Urbanski did make an online post or send a text message that foreshadowed what he said to Collins, there is evidence that he was intentionally looking for a victim that night. And given that his social media use indicates white supremacist tendencies, it’s likely that victim would be someone of another race.

It would be a gross miscarriage of justice for Collins and his family if the prosecution did not even have a chance to present evidence that explains this bizarre, unnecessary act of violence. Hate appears to be woven into the very fabric of this killing, and the two charges must be tried together.