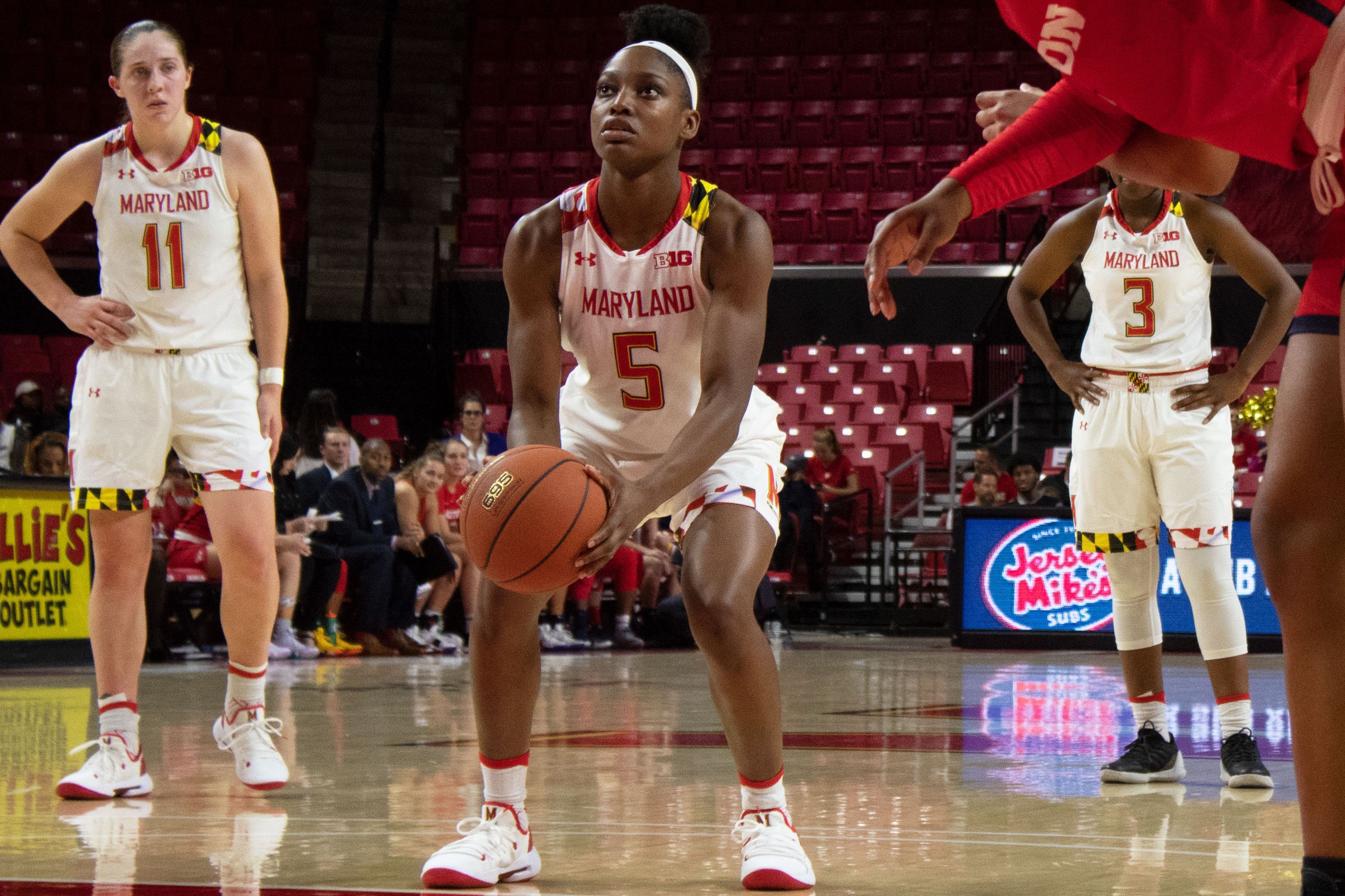 Following a 68-44 victory over Morgan State in the first game of the Puerto Rico Classic on Friday, Maryland women’s basketball coach Brenda Frese was displeased with the team’s inability to “play a 40-minute game.”

In that contest, the Terps had an ice-cold offensive showing before pulling away late. And against Georgia on Saturday, Maryland appeared to have turned a corner in the first half.

Leading 13-12, guard Taylor Mikesell drilled an open three from the corner. A few possessions later, guard Channise Lewis sunk a deep basket of her own, and on the next possession, forward Stephanie Jones stepped back to give Maryland three consecutive baskets from distance and a 26-18 lead after the first quarter.

But Maryland’s Jekyll-and-Hyde offense continued early in the 2018 campaign, and after a bucket at 7:42 in the second quarter, the Terps failed to find a basket for nearly 15 minutes until guard Kaila Charles finally broke through with a layup with three minutes left in the third quarter.

Maryland defense stepped up, and, despite scoring only 21 second-half points, the Terps held on to win, 58-51. And for another time this season, they scraped by despite a poor offensive output.

From the game’s onset, Maryland began with far more aggression than on Friday. The Terps finished the first quarter 10-for-15 from the field and were just two points shy of matching their entire first-half output against Morgan State.

And early on, the foremost catalyst in Maryland’s hot start was Jones. The junior finished the first 20 minutes with 17 points on 7-of-8 shooting, as she was frequently drove into the paint, finishing at the rim or getting to the free-throw line.

Then, the second quarter took a familiar turn.

Maryland went just 3-for-8 from the field, and, despite holding Georgia to 23.5 percent shooting in the period, the Terps only outscored the Bulldogs 12-11. Georgia was held to 31.6 percent shooting during the half, but kept the deficit to a manageable seven-point deficit at the break.

The Bulldogs then scored the first six points after the intermission. Frese called a timeout to generate some offense, but it didn’t work. Georgia eventually took a 40-38 lead, its first of the game, as the Terps’ advantage slowly dissipated during a nearly 15-minute stretch without a field goal.

But Maryland’s reliable defense stepped up just as it has done consistently throughout the season, and the Terps held on to lead, 47-42, entering the final period. In the fourth quarter, their defense clamped down even more, and the Bulldogs only shot 15.0 percent from the floor, which allowed Maryland to eke out a 58-51 win.

Forward Shakira Austin continued to clog up the Terps frontcourt defensively with 14 rebounds and four blocks, and Maryland won the defensive struggle despite shooting just 40.4 percent and giving possession away 15 times.