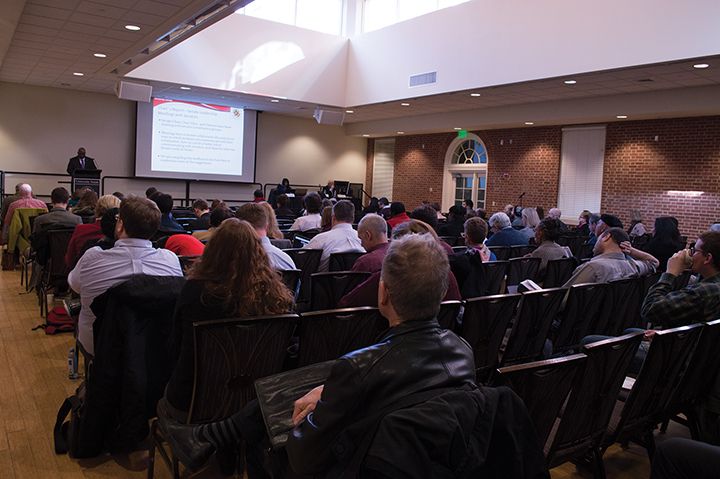 The University of Maryland Senate voted Wednesday afternoon to support the creation of neuroscience and human development majors.

The neuroscience program — which the senate voted 82-1-2 in favor of — would be a bachelor of science program run by both the behavioral and social sciences and the computer, mathematical and natural sciences colleges.

Though the university currently offers physiology and neurobiology specializations, it’s expected that students who would have chosen those specializations would instead choose to be neuroscience majors, according to the resolution.

“Neuroscience has emerged as one of the quintessential academic disciplines,” said Gregory Ball, the behavioral and social sciences college dean. “We’ve had the pieces of the neuroscience major here for quite a while, but it was a matter of coordinating to make it happen.”

[Read more: A neuroscience major is in the works for University of Maryland undergraduates]

The psychology and biology departments have been coordinating how advising and classes would work for about the past year, the resolution read. This program, which the departments proposed to the senate in September, would include biology and psychology classes that have existed for years but now must be organized to fit a new major’s requirements.

Betsy Beise, the provost’s representative, said it would be a “great opportunity for students in a research area that’s really growing.”

“We have very few academic majors that cross discipline boundaries like this, where there are two departments involved,” she said.

[Read more: A human development major is in the works at UMD]

The senate also voted 82-0-2 in favor of establishing a bachelor of sciences in human development.

Human development would be run by the education college, where there is already a minor of the same name that enrolls about 200 students each year. The program would focus on “the biological, social, emotional, and cognitive processes of learning and development from conception to old age in diverse social and cultural contexts,” the resolution read.

There was no debate on either majors’ approval, which some senators attributed to the work ethic of the Programs, Curricula, & Courses committee — the group that reviewed the logistics of the departments’ requests for new majors.

“I know that their process is rigorous,” said Stephen Kenny, a behavioral and social sciences college representative. “There didn’t seem to be anything in the proposal that would give me cause to vote it down.”

For the new majors to be implemented, they must now be approved by the university president, the University System of Maryland Board of Regents and the Maryland General Assembly. Both majors are expected to debut in fall 2019.