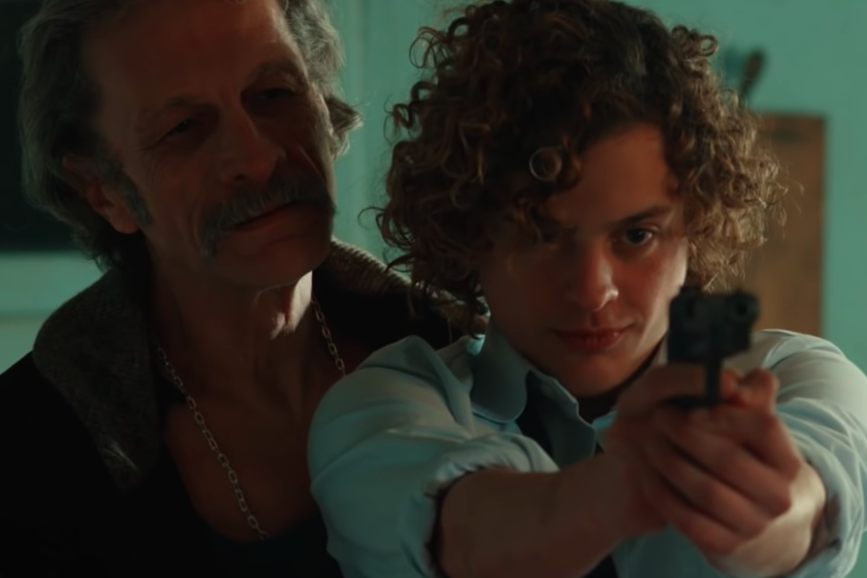 With the suave demeanor of a chiseled mobster and the chubby cheeks of a pubescent pre-teen, Lorenzo Ferro stars as Carlos in the Argentinian period crime drama El Angel, which follows his descent from everyday, run-of-the-mill trickster delinquent to disturbed, power-hungry criminal.

Director Luis Ortega creates a film with many of the expected crime movie tropes, yet puts a fresh spin and tinge of spice on each. Yes, there’s murder. Yes, there’s betrayal. Yes, there’s subtle queer undertones. But with the nuanced cinematography and expert acting of the main characters, nothing feels played out.

While Ferro pulls off a subtly astounding performance as Carlos, it’s not initially evident. At first, Carlos just comes off as your typical teenage rebel looking to stir up any trouble he possibly can. He’s not an over-the-top character, and most of his dialogue is spoken at the same soft volume. It’s the subtleties of his facial expressions and actions that characterize Carlos as the complex individual that he is.

[Read more: Here are the top 5 Oscar contenders to look out for this fall]

You don’t feel the complexity of the relationship between Carlos and his partner-in-crime Ramón (Chino Darín) from their conversations — you get it from the tension looming between them. You never get the full gist of how sociopathic Carlos truly is from what he says, but rather from what his eerily creepy actions, like giddily waving to his father from his bedroom window as his father buries the money Carlos stole.

Ramón and his parents, José (Daniel Fanego) and Ana María (Mercedes Morán), take Carlos under their wing and mold him into the criminal he was meant to be. Each member of the family is drastically different from the next, but they’re all accepting of the criminal lifestyle.

The sideburned Ramón dreams of stardom, the curvaceous Ana María aspires to seduce his friend and the weathered José simply wants to make as much money as possible without being sent back to jail.

The costumes in the film are on point to convey the sense of 1970s chic. From the striped turtlenecks to the corduroy jackets, it definitely displays the attention to detail placed into the production.

In the end, this movie is a coming-of-age story of a boy so nonchalantly narcissistic that the desire to find out what happens to him never falters. Carlos’ storyline is a fresh take on traditional action-drama films, but with such dark, high-stakes twists that the movie will be fresh in your mind long after watching.