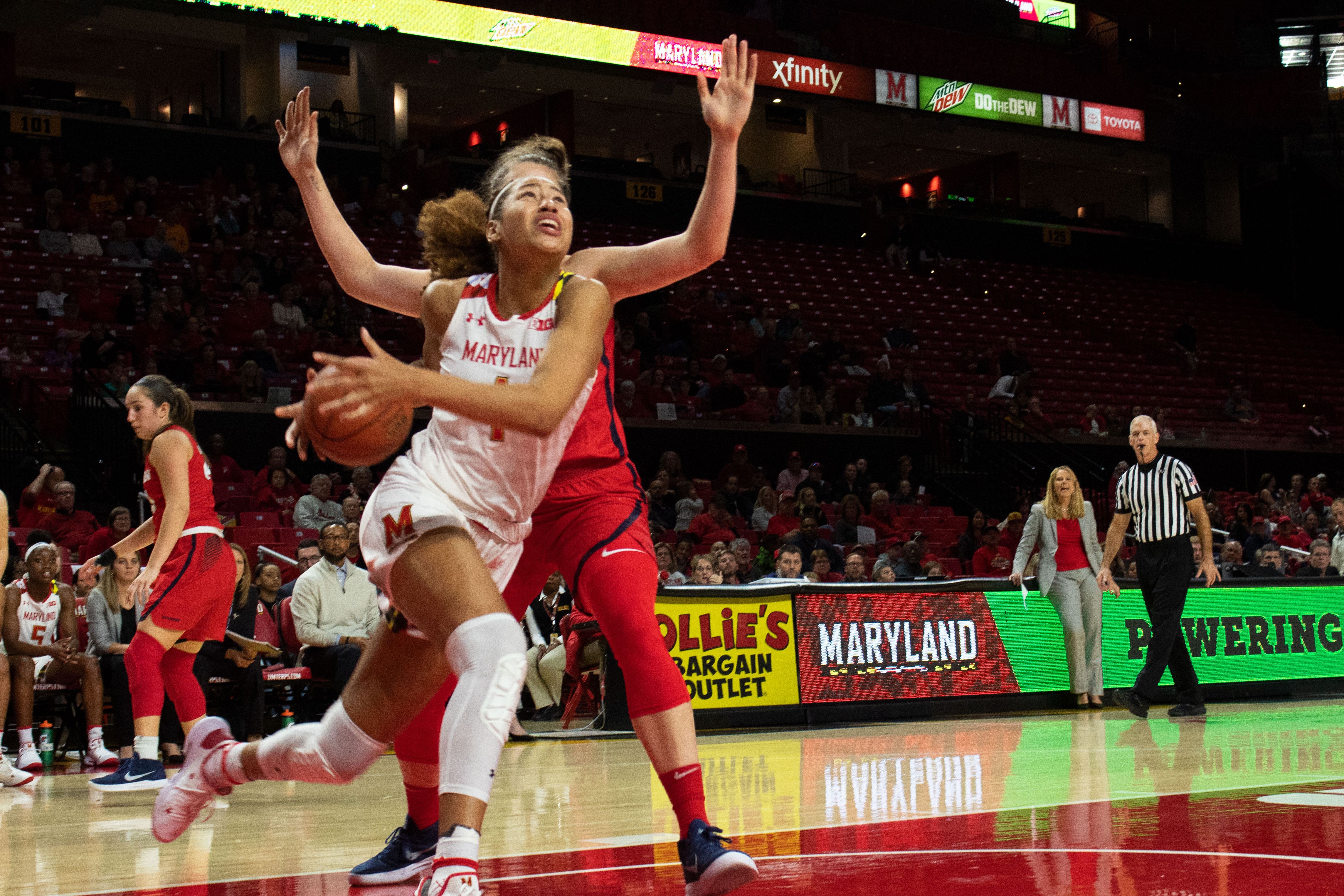 Forward Shakira Austin drives toward the rim during Maryland’s 82-71 win over Dayton at Xfinity Center on Nov. 11, 2018. (Frances Moyonero/The Diamondback)

The Fredericksburg, Virginia, native averaged 13 points, 13.5 boards and 4.5 blocks between the Terps’ early-season wins over Coppin State and Dayton.

In the season opener against the Eagles, Austin put on a clinic defensively. She recorded seven blocks in 24 minutes on the floor, just one rejection shy of a Maryland block record that’s over 40 years old. And her 21-rebound performance — three rebounds shy of Tianna Hawkins’ program record set in 2012 — was just the 12th 20-board game in Terps history.

Austin came to Maryland as the No. 3-ranked prospect in the country per ESPN and a McDonald’s All-American. She was part of the Terps’ top-five recruiting class that also featured guards Sara Vujacic and Taylor Mikesell, both lethal three-point threats.

Although Mikesell has been the only newcomer to get a starting nod in the early stages, Austin was the first player off the bench in both contests, and her size and defensive instincts have been apparent early on.

In Maryland’s 82-71 win over Dayton, Austin made three steals, the second highest total on the team. While she had just six rebounds and two blocks in the contest, she showcased her defensive skills in the passing lanes.

If the Terps are going to beat No. 10 South Carolina on the road Nov. 18, they’ll most likely need Austin to perform even better than she’s played so far, notably on the offensive end, where she’s shot 42.1 percent early on.