The Clarice’s ‘Citizen: An American Lyric’ is an American reality 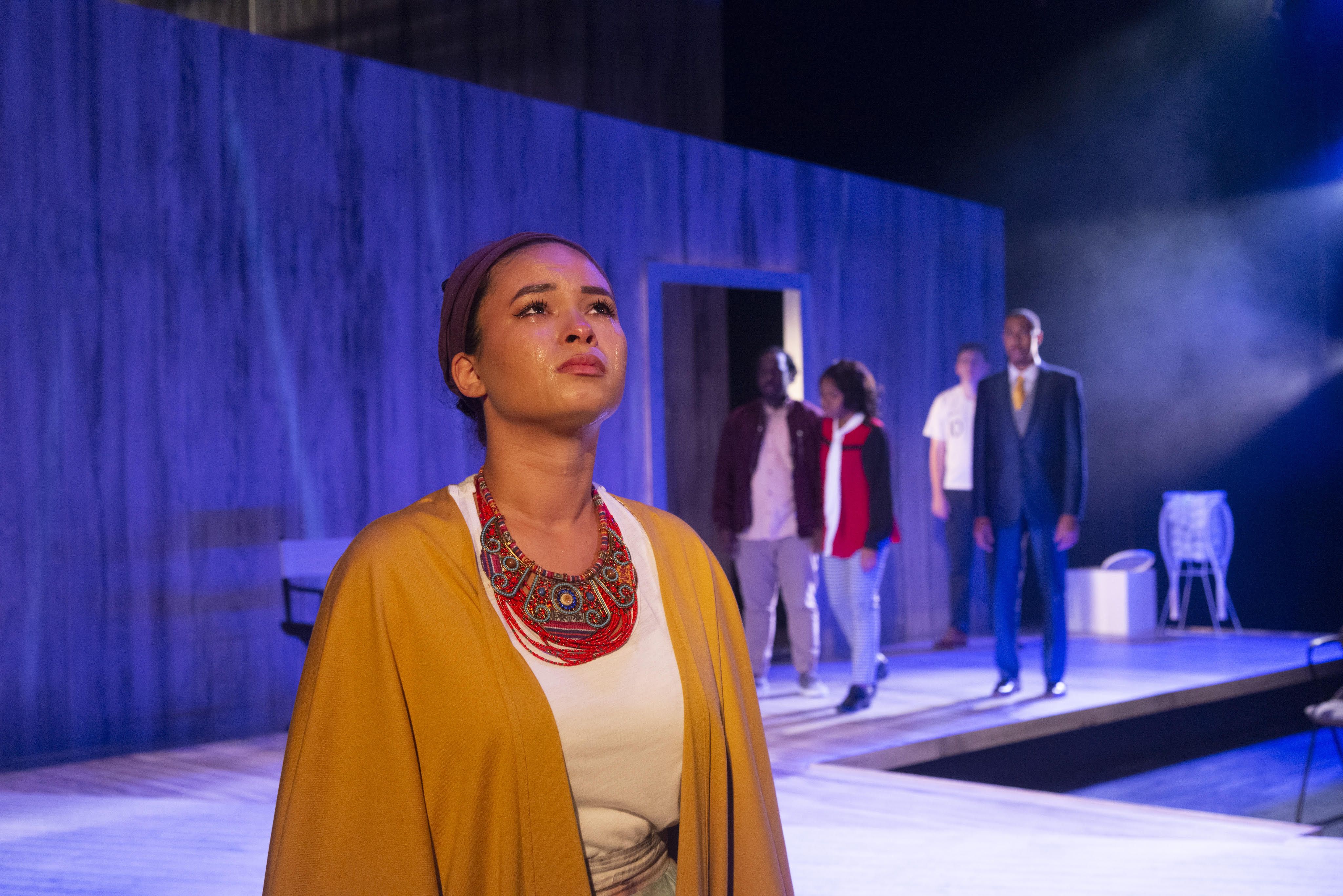 Citizen: An American Lyric takes place in both the past and present, drawing a deep connection between racism in the United State’s past to the current state of the country.

On Friday, students of the theater, dance and performance studies school performed the lyrical play, adapted to the stage from the Claudia Rankine book of the same name. The performance was emotionally raw, showing real-life experiences with racism (including macro and microaggressions) to portray a story that is often overlooked in the American experience.

Citizen not only explores how racism can rear its ugly head in the form of casual comments and everyday conversation, but it also shows the detrimental effects of a buildup of verbal abuse — eventually culminating in mental and emotional collapse. This story may seem all too familiar to some and entirely new to others.

The text is captivatingly lyrical. The cast powerfully delivered the adapted poetry. Performing in formal clothing — dress pants, khakis, blazers and blouses — each actor recited the lines didactically with clear instruction. Citizen follows a series of scenarios people of color experience on a daily basis, from conversations with strangers about affirmative action to uncomfortable encounters on airplanes. The audience is prompted to envision themselves in these situations.

The “citizens” onstage narrated and demonstrated the harmful effects of these interactions, and audience members felt the sting regardless of their identities. Actors described each interaction and insult as a jolt of lightning, the smell of a rotting egg among other unpleasant comparisons.

Citizen explored a concept unique to the United States. Actors discussed the idea of an American citizen’s personal self and historical self. The transgressions of one’s historical self may affect personal relationships, notably when it comes to race. Actors dispelled the request to “put the past behind you.” They argued Rankine’s point that the past is buried within a person and therefore cannot be cast away.

Besides depicting racism in daily interactions, the cast explored more major displays of racism in recent events. They alluded to Stephon Clark, a black man shot by Sacramento police officers while on his cellphone in his grandmother’s backyard. They also alluded to Rashon Nelson and Donte Robinson, two black men who were arrested at a Philadelphia Starbucks while waiting for a business meeting.

Citizen also examines the mistreatment of Serena Williams, a successful black female athlete in the whitewashed world of tennis. Williams was heavily criticized after calling out unfair calls against her. Citizen expertly crafts this as a metaphor for outrage about racism, comparing Williams’ anger to a person condemning systematic oppression. Society condemns them both to be “insane.”

The end of the production is the most gripping moment of Citizen — the lights dim, and the wall behind the actors begins to fill with the names and faces of people of color killed as a result of racism, mainly at the hands of law enforcement. The final two faces are those of 2nd Lt. Richard Collins and Jordan McNair.

Tears flowed from the eyes of many audience members of all different races. Regardless of identity, any audience member that left the Kogod Theatre in The Clarice Smith Performing Arts Center without feelings of anger, frustration and sadness was clearly not paying attention to Citizen or to the world around them.

Citizen: An American Lyric runs through Friday in The Clarice.