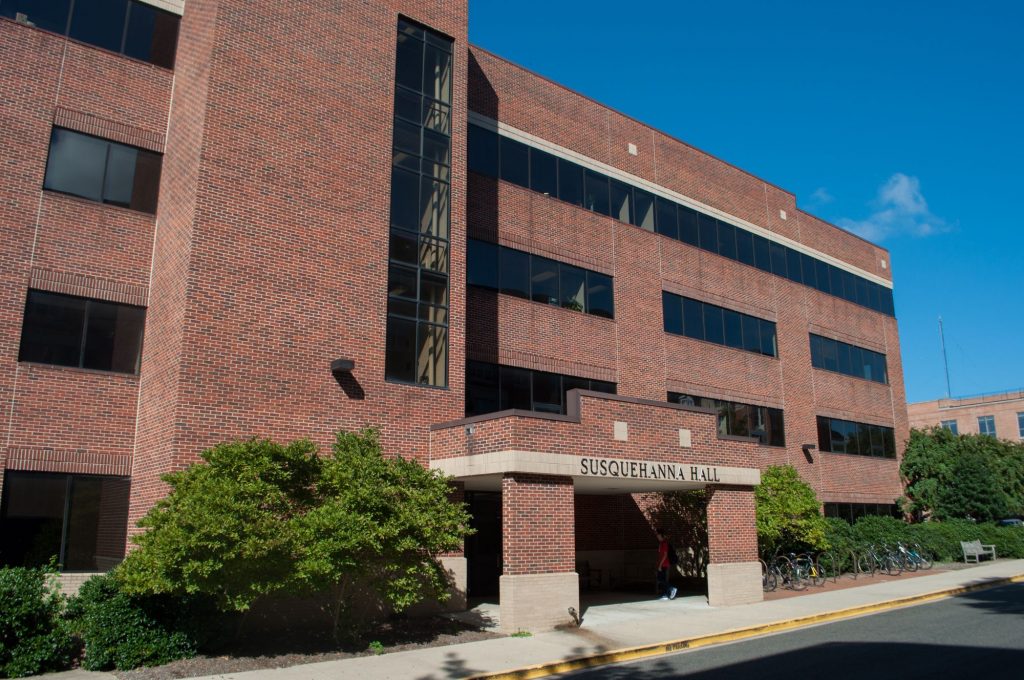 Shigeru Sakurai, associate director of the University of Maryland’s LGBT Equity Center, was moved to action after reading ESPN’s August report of a “toxic culture” within the school’s football program.

In the report, which alleged an abusive team environment spearheaded by former head coach DJ Durkin and former strength and conditioning coach Rick Court, players said staffers physically harassed them, regularly attacked their masculinity and hurled insults such as “pussy” and “bitch.”

Sakurai thought that conduct was horrifying and discriminatory, so they filed a complaint with this university’s Office of Civil Rights and Sexual Misconduct — a complaint they were told was tabled to make way for the Board of Regents commission investigating the reports.

But that investigation concluded last week, and Sakurai said its final report did not acknowledge what they felt was a civil rights issue. Now, they want their complaint — and what they see as the discriminatory culture that prompted it — to be addressed.

So, Sakurai wrote an email to the Maryland attorney general’s office Oct. 31 asking that it review and monitor the investigation into their complaint. Sakurai wrote that the 369-page football culture report released last week “does not apply a civil rights lens, claim civil rights expertise, or even mention the topic of civil rights.”

“I don’t think a university employee should be calling a student a ‘bitch,’ a ‘pussy,’ or a ‘faggot’ to try to shame them,” they wrote in an email to Maryland Attorney General Brian Frosh and civil rights chief counsel Zenita Wickham Hurley. “When these homophobic and misogynistic slurs are overheard, it creates an environment that is hostile to women and to LGBTQ+ people.”

After the ESPN reports, this university commissioned an independent investigation into the school’s football culture. Its findings, leaked Oct. 25, revealed that a lack of oversight from administrative officials allowed the abuse to go largely unchecked.

But Sakurai asked this university in August to investigate their civil rights concerns, hoping for a probe separate from the one the regents had taken over that could determine if a “hostile, harassing, or discriminatory environment exists” on this university’s football team.

Former OCRSM Director Catherine Carroll wrote back to Sakurai, saying her office would generally have jurisdiction over their complaint, but since their allegations fell into what the commission was investigating, they would wait until results were released to determine any further action from her office.

Later that month, general counsel Mike Poterala emailed Sakurai and said this university did “not have the independent ability to move forward on our own at the moment,” recommending they submit their issue to the commission for review.

Andrea Goodwin, interim OCRSM co-director, wrote in an email to The Diamondback that the office’s work is confidential, and she can’t share the status of any complaint.

Sakurai said they haven’t yet received a response from Frosh.

Sakurai sent their message to the attorney general shortly after the board announced its recommendation that athletic director Damon Evans and football coach DJ Durkin keep their jobs.

But their concern only deepened after university President Wallace Loh fired Durkin, they said: since Durkin was fired without cause, this university owes him more than $5 million.

This university also reached a $315,000 settlement with Court after he resigned in August.

“Imagine you accuse someone’s program of harassment or discrimination and the university then pays key staff in that program millions of dollars to go away before actually investigating your complaint?” Sakurai wrote in an email to The Diamondback. “Where is the ethics and accountability in that?”

Even with Durkin and Court gone, Sakurai still believes a civil rights investigation is needed into the culture of the football program because there is a “climate issue that is persistent, and will not be resolved simply by replacing people,” they wrote.

Sakurai added in their email to the attorney general that the closest the report comes to discussing discrimination is when it notes a strength coaching certification program that includes a code of conduct requiring coaches not to discriminate on the basis of “race, color, sex, age, religion or national origin.”

Sakurai wrote that the set of categories was “more limited than what our campus policies already require,” which include gender identity or expression and sexual orientation.

“The mention was not substantive, and the sets of recommendations offered [do] not assuage my concerns,” they wrote.

Since the regents’ final report has been released, Sakurai hopes the university will now fully investigate their complaint.

While university spokesperson Jessica Jennings wrote in an email to The Diamondback that she can’t comment publicly on individual complaints due to “confidentiality obligations,” she confirmed that complaints were referred to the regents during their investigation so they could be independently reviewed.

Moving forward, Sakurai wrote to The Diamondback that they’d like to see this university direct a “clear investment of funding and personnel” into changing the climate of the football program, including offering training and activities that raise awareness for using inclusive language.

They also want periodic assessments of the inclusion of women and members of the LGBTQ+ community in sports culture on the campus.

“Just because this might be entrenched, normalized, or typical at our campus or elsewhere does not make it remotely acceptable,” Sakurai wrote in their email to Frosh, “particularly when it’s perpetuated by paid public servants.”