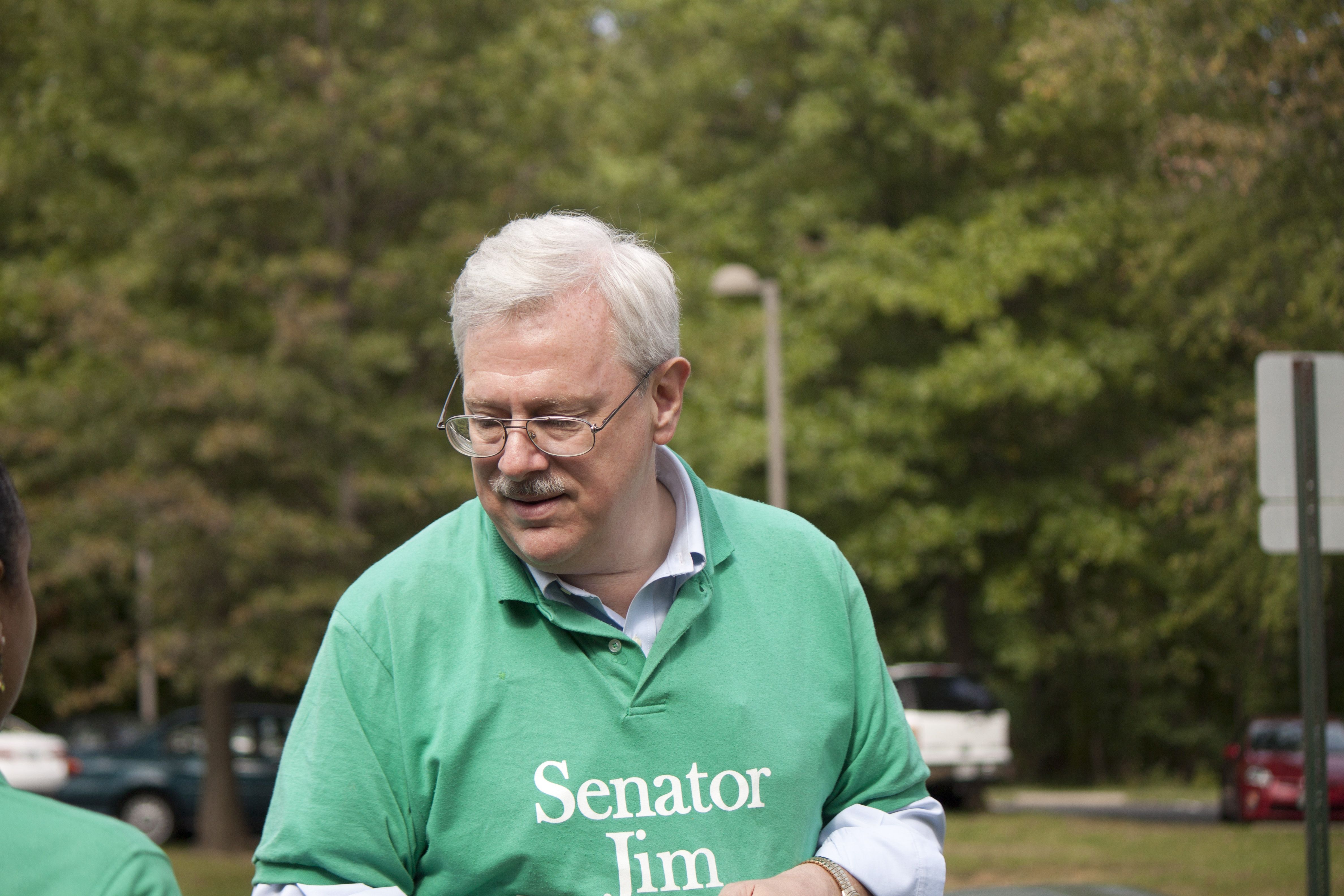 Jim Rosapepe (D-Anne Arundel and Prince George’s), a former member of the University System of Maryland Board of Regents, was re-elected Tuesday to his fourth term as Maryland’s District 21 state senator in a landslide victory over Republican Lee Havis.

With all 34 precincts reporting, Rosapepe had earned 77.2 percent of the vote, while Havis had 22.6 percent, according to the Maryland Board of Elections. It was a more competitive race than usual for Rosapepe, who ran unopposed in the 2010 and 2014 elections.

Rosapepe sat on the board from 2001 until 2006, where he advocated against education funding cuts and tuition increases, according to his website. Recently, though, he’s expressed frustration with the regents’ actions.

The board, which sets policy for the system’s 12 member institutions, assumed control of an investigation into the University of Maryland’s football culture in August. Last week, the regents recommended that football coach DJ Durkin and athletic director Damon Evans keep their jobs despite the investigation finding them partially responsible for an abusive culture within the football program.

University President Wallace Loh told the regents he wanted Durkin gone, but they told him he’d be fired if he ousted the embattled coach, The Washington Post reported. After Loh announced that he would retire in June, many suspected that the board forced him into it.

Rosapepe has publicly expressed that he doesn’t think Loh should stick to his pledge to retire in June.

“Academics need to come first. His decision can and should be reversed,” he said in a statement.

Rosapepe said that he felt the decision to call for Loh’s retirement reflected poorly on their values.

“You don’t force out a president who’s being very, very successful in the academic mission of the university,” Rosapepe said in an interview with WBAL Radio. “In effect, the regents are saying, ‘When you do your job, when you identify a problem and fix it, we want you to go away.’”

Still, at a Sept. 14 town hall meeting, Rosapepe had pledged to help union workers stand up to President Loh in favor of wage raises.

He also supported Gov. Larry Hogan’s bill to allow the state to revoke an individual’s parental rights if the person is convicted of rape or there is clear evidence they committed rape.

“Everyone agrees that when something happens as terrible as a rape, and if someone is born from it, that clarity of responsibility is good for the child,” he told The Diamondback in February.

In 2018, Rosapepe has helped pass new regulations against offshore oil and gas drilling and fought Republican attacks on the healthcare system as co-chair of the Senate Finance Committee and chair of the Prince George’s Delegation, among various other committee positions.

“My biggest job today is to work with Democrats and responsible Republicans to protect us from Trump Republican attacks on Maryland’s values and our interests,” Rosapepe said on his website.

Peña-Melnyk has been another vocal critic of the board’s decisions regarding the athletic program.

“The Board of Regents was tone deaf!” she wrote on Twitter on Thursday night, following the hectic “Justice for Jordan” rally on this campus. “We look forward to restoring the trust and confidence in our community.”

Rosapepe, Peña-Melnyk and Barnes were among multiple Prince George’s County representatives who wrote to the Board of Regents concerned that their actions would make Loh a “scapegoat.”

Peña-Melnyk has also been active on gun control. As a delegate, she’s co-sponsored a law that bans bump stocks — devices that increase a weapon’s rate of fire — and a “red flag” law restricting access to firearms for people who are deemed dangerous, among other legislation.

At a panel in this university’s Jimenez Hall in April, Peña-Melnyk said that although the issue is hard to decide, it needs to be addressed.

So far in 2018, she has served as a member of the Opioid Workgroup and chaired the Affordable Care Act Workgroup.