Firing DJ Durkin doesn’t fix the system that enabled him 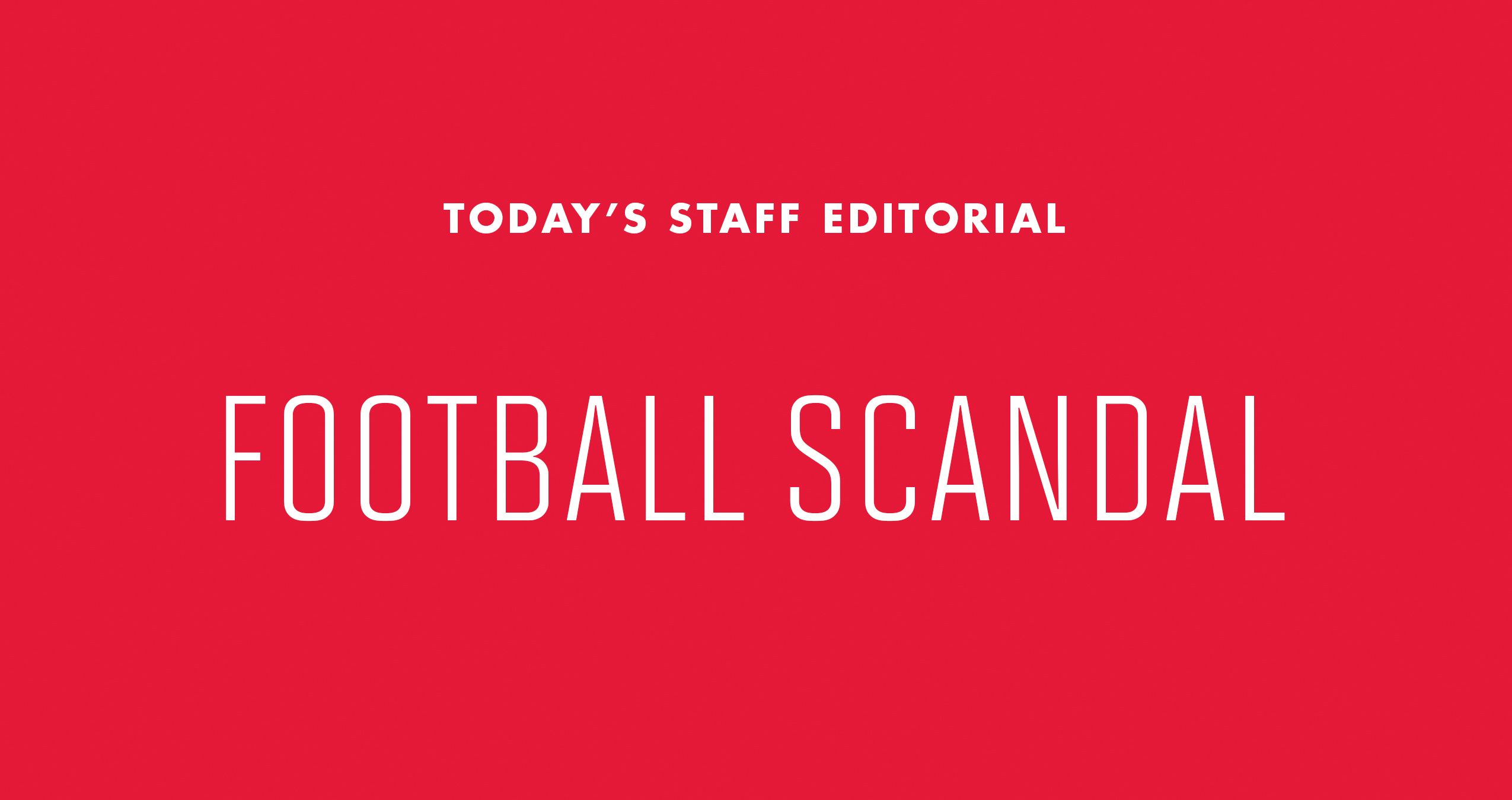 For the first time since letting Jordan McNair die, the University of Maryland has taken substantial action. Football coach DJ Durkin — who enabled rampant abuse in the program, revealing himself to be utterly unqualified for his position — has been fired, albeit several months later than he should have been. President Wallace Loh has announced he will retire next year, albeit several years later than he should have.

So where do we go from here? The Student Government Association seems to think these preliminary steps are enough. At a rally on Thursday, toadying student legislators passed out tickets to Saturday’s game against Michigan State in a desperate (and unsuccessful) bid to boost attendance. Meanwhile, our academic leaders think we’ve gone too far. All 15 deans joined Provost Mary Ann Rankin in calling for Loh to renege on his retirement.

These stakeholders have no interest in creating lasting reform, because they don’t think such reforms are necessary. In their minds, the system is working fine, and McNair’s premature death and the unchecked abuse in the football program are just bugs. Their goal is to return to a negative peace.

We — the students whose money is the lifeblood of this university — cannot afford to let them get away with this. This editorial board urges students to fight for a positive peace. The absence of tension is not enough; the presence of justice, for Jordan McNair and for everyone who comes after him, is what we should strive for.

Money is the common thread in virtually every issue plaguing the campus. Money is why Loh refused to get rid of an incompetent coach until he faced bad publicity for doing so. It’s why Kevin Anderson sided with football players accused of sexual misconduct over an accuser who played a non-revenue sport. It’s why the university slashed eight varsity sports and uprooted itself from the ACC after 61 years. And it’s why the athletic department displaces organizations and student groups, and pillages hundreds of parking spaces, for its unnecessary vanity projects.

All this university has wanted, since the moment its negligence caused McNair’s death, is for things to be normal again. Creating yet another task force, implementing a few cosmetic reforms, making Durkin a sacrificial lamb — the university is amenable to anything as long as it means a return to the lucrative status quo. But the status quo is inhospitable to many students. For some, it’s been fatal.

Ultimately, it falls on us to push the university in the right direction. If the last few months have shown us anything, it’s that concerted public pressure — the kind that might affect the bottom line — is the only way we can hope to effect change. From Loh firing Durkin after initially reinstating him, to the athletic department paying for restored shuttle routes after causing them to be cut in the first place, it’s become clear that backlash can be an effective motivator.

It goes without saying that Loh must not renege on his long-overdue retirement, and that Damon Evans — whose ineptitude as athletic director allowed Durkin’s cronies to torment players without losing their jobs — must go as well. But this is not enough. A bit of staff turnover does not resolve the fundamental issues plaguing this university.

Despite the best-laid plans of deans and student legislators, we cannot return to normalcy. We must continue to protest, and if this means more barren student sections at home games, so be it. We must make the athletics fee opt-in, to let students show how they really feel about the athletic department. And as the organizers of the Fire the Liars rally argued, we must push for a democratically elected Board of Regents, one that isn’t beholden to affluent donors.

Students, staff and faculty — more so than anyone willing to cut a check — are the people the University of Maryland should serve, and to this point, it has abandoned them. The university can do better than this, and that starts with us holding it to a higher standard. Not pushing for further changes after Durkin’s firing disgraces the memory of McNair, and enables the system that killed him.