An effort is underway to rehabilitate Loh’s reputation. Don’t let it work. 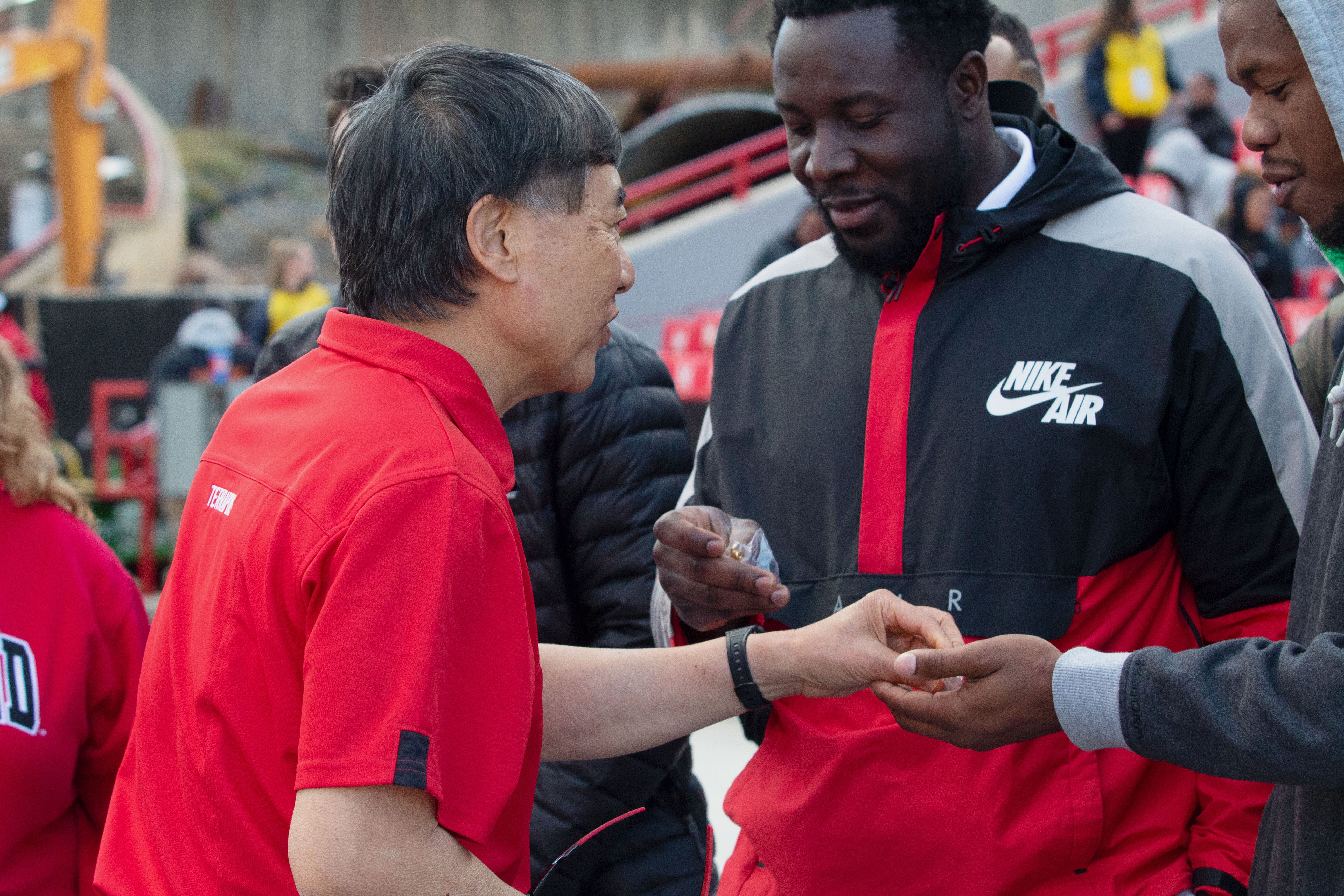 The days after University of Maryland president Wallace Loh fired coach DJ Durkin saw a large-scale public effort to have the president rescind his planned June retirement. But anybody who wants this university to reset its course toward greater accountability and proactive governance should oppose the effort to rehabilitate Loh.

On Thursday morning, Provost Mary Ann Rankin and the deans of all schools and colleges at this university sent a message to the campus community blasting the Board of Regents and calling on Loh to reconsider his plans. Similar statements have come from numerous public officials, from gubernatorial candidate Ben Jealous to Rep. Elijah Cummings to former chancellor William B. “Brit” Kirwan.

While not explicitly calling for Loh to rescind his retirement, the Student Government Association joined the broader rehabilitation campaign by turning Thursday’s “Justice for Jordan” protest into a football pep rally.

At a press conference before the rally, SGA President Jonathan Allen called Loh “courageous.” On top of that, the event itself featured calls to pack Maryland stadium for Saturday’s game, even though the uninhibited desire to fill stadiums is largely responsible for Maryland’s toxic football culture in the first place.

This bizarre effort to save Loh is a result of low standards and poor memory. Loh isn’t capable of leading the university through a mess largely of his own making. He should leave in June, as planned.

Any attempts to characterize Loh’s firing of Durkin as courageous entirely misread the facts. Loh declined to fire Durkin just last week because he feared immediate termination by the Board of Regents. At a press conference announcing Durkin’s retention, former board chair James Brady forced Loh to recite, like a prisoner of war, the party line: “I have accepted the recommendations in full of the Board of Regents.”

Loh only changed his tune after massive outcry, from elected officials and the public, made it clear that firing Durkin wouldn’t result in his own sacking. Maryland Gov. Larry Hogan, who appointed 13 of the 17 regents, even released a statement calling on the board to reconsider its decision.

Loh could then feel comfortable moving ahead with Durkin’s termination knowing he wouldn’t face swift consequences. Courage requires putting oneself at some personal risk, and Loh’s firing of Durkin simply doesn’t fit the bill.

The Board of Regents’ behavior in recent weeks has, of course, been reprehensible. They even recommended bringing back the two trainers who botched Jordan McNair’s treatment in May. But correctly blasting the regents doesn’t force one to praise Loh. Crediting Loh for not being as comically vile as the regents is an incredible sacrifice of moral standards.

They’ve also forgotten Loh’s innumerable failures on matters unrelated to football — his tasteless response to the ProtectUMD demands, his bungled attempts to address racial tensions on campus, his general preference for donor interests over student interests, his failure to prevent the Title IX office from falling apart. The list goes on.

Loh probably has the support he needs to rescind his retirement at this point. If he does, and if this university returns to its unacceptable status quo, we have everyone involved in the Loh rehabilitation effort — whether elected officials, student government representatives or academic leadership — to blame.