UMD’s Provost and Deans slam Board of Regents, call for Loh to reconsider retirement 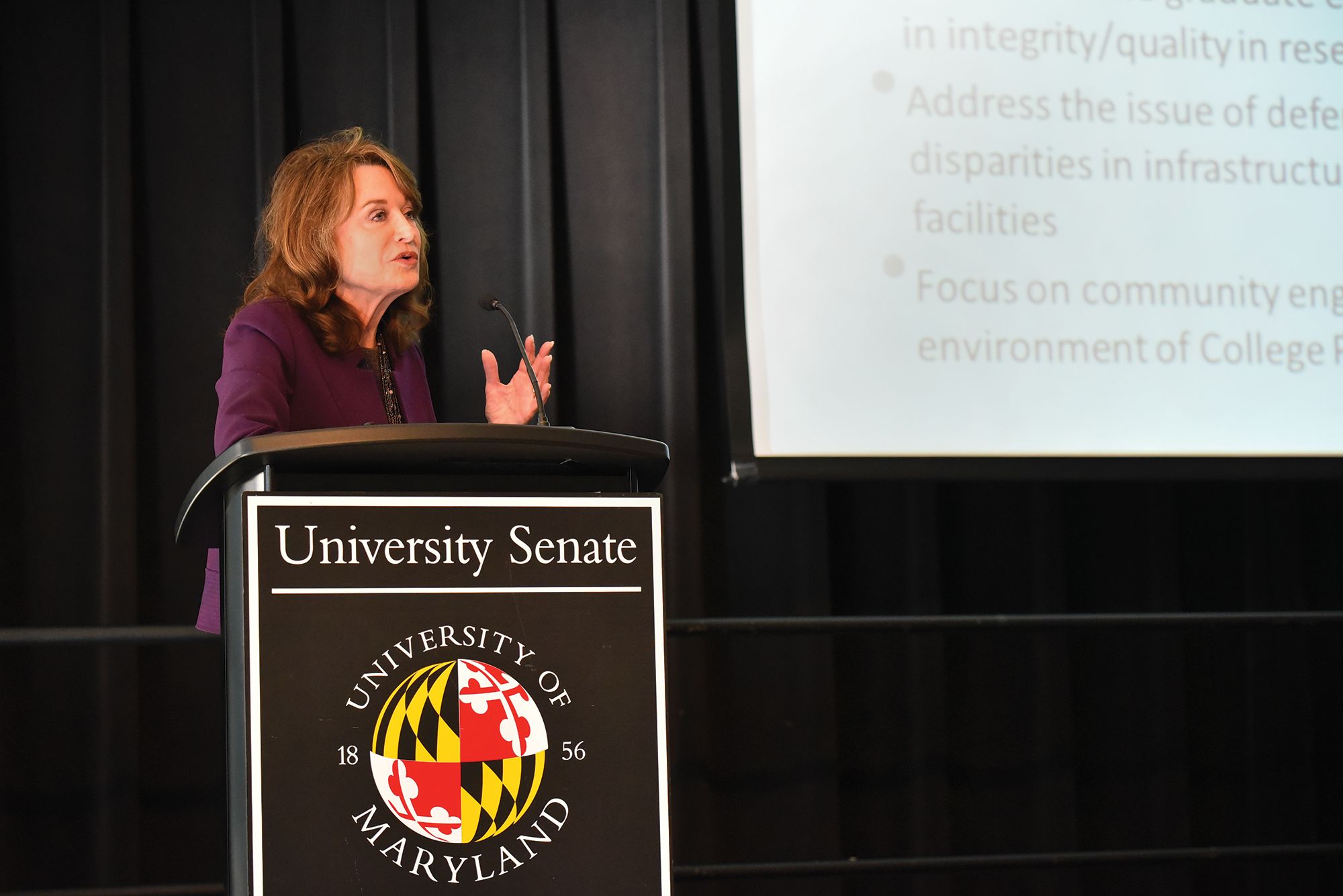 University of Maryland academic leaders on Thursday slammed the Board of Regents for its handling of the investigation into the university’s football program, and joined a rising tide of voices calling for university President Wallace Loh to reconsider his plan to retire in June.

In a letter released to the campus community Thursday morning, signed by Provost Mary Ann Rankin and the deans of every college and school on the campus, officials expressed “dismay and deep concern for the events and the process” that led to what they described as Loh’s “forced retirement.”

Loh announced at a Tuesday press conference that this academic year would be his last as president of the university, following the fallout from a Board of Regents investigation into allegations of a “toxic culture” within the school’s football program.

At the press conference, Loh also initially accepted the board’s recommendation that head football coach DJ Durkin keep his job, despite having reservations about it. But after media outcry and meeting with university constituents, he fired Durkin on Wednesday.

The board — whose members are appointed by the governor — set policy for the 12 member institutions of the University System of Maryland and have hiring and firing power over university presidents. Despite not supposed to have direct control over personnel at the campus level, the board made it clear to Loh that if he “wanted to remain in his position, he had no option” but to retain Durkin, an anonymous source told the Washington Post.“The board has no authority to hire and fire a football coach,” the source told The Post, “but they made clear that returning DJ to the field was their highest priority.”

In the letter, campus leaders called the events a “violation of independence” and stated in bold font that they represented “interference of the University System of Maryland’s Board of Regents into University governance matters.”

“We have been extremely alarmed for weeks,” it said. “Through its intervention, the Board of Regents usurped the President’s authority and intervened in the ability of the President to carry out his full duties and responsibilities.”

The letter was emphatic that Loh should continue in his role, and urged the regents to publicly support him.

“We believe Dr. Loh’s leadership is critical for the university at this challenging time,” it read.

Rankin and the university’s deans are not the only ones criticizing the board or calling for Loh to rescind his retirement.

Rep. Elijah Cummings (D-Md.) tweeted yesterday that the board “must now urge President Loh to rescind his resignation and continue his strong leadership to put the proper protocols in place and ensure another tragedy like the death of Jordan McNair never happens again.”

And before Durkin’s firing was announced, Gov. Larry Hogan — who appointed the majority of the board — wrote in a statement Wednesday that he was “deeply troubled by the lack of transparency from the Board of Regents.”

Still, some students and community members have taken to social media, calling for Loh to be fired or resign rather than waiting until June to retire.

The lawyers representing the family of Jordan McNair, the football player who died of heatstroke suffered at a team workout, have been supportive of Loh ever since Aug. 14, when he accepted “legal and moral” responsibility for McNair’s death.

On Tuesday and Wednesday, McNair’s parents and their lawyers reiterated that support, adding that they think he should continue past June.

The board announced Thursday it would hold a special, closed meeting at 2 p.m.