To combat climate change, communism is our only hope 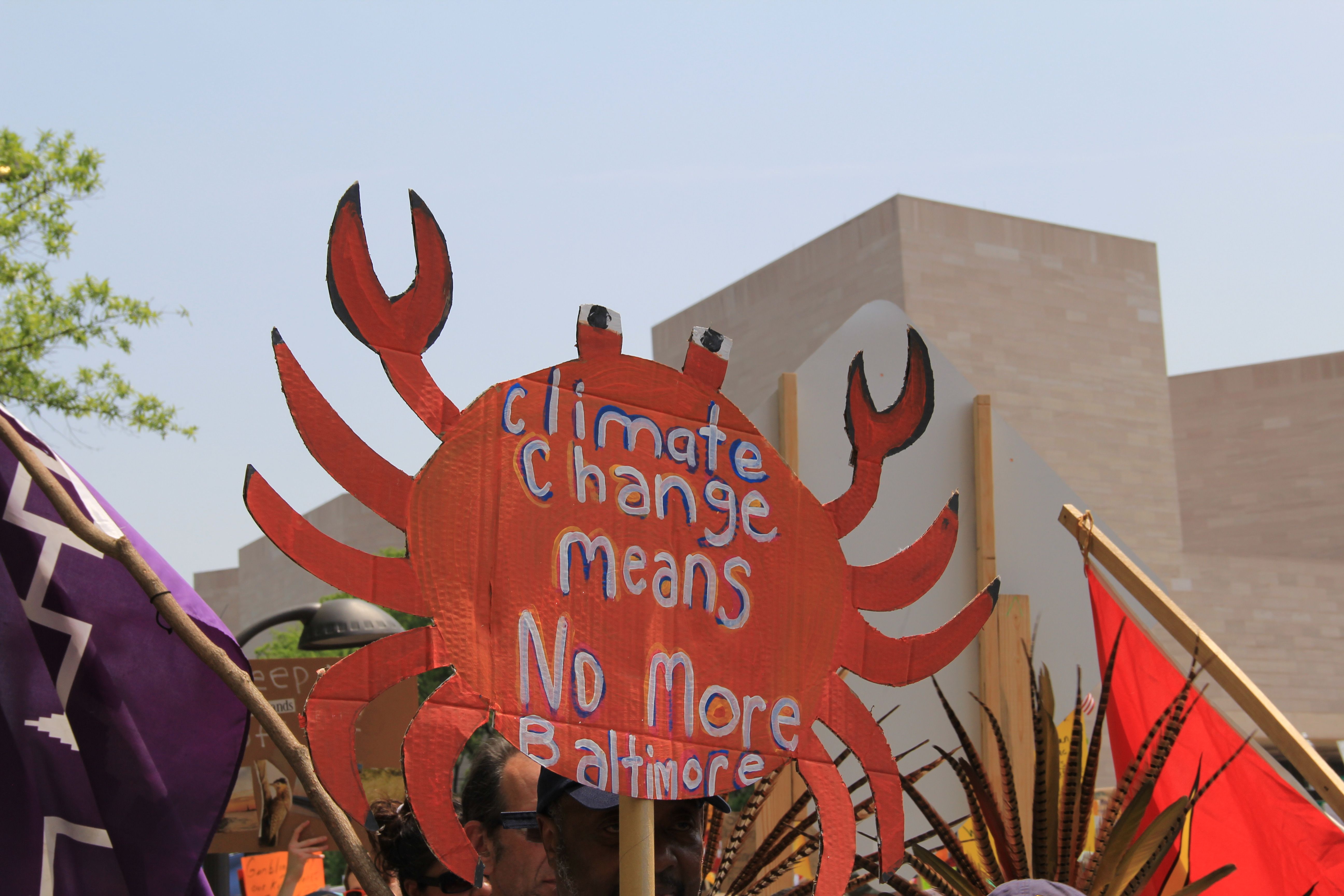 A protester at the People’s Climate March in March, 2017. Photo courtesy of Dcpeopleandeventsof2017.

It’s undeniable at this point that climate change is an extremely serious problem, and it’s progressing much faster than we predicted. We’re also far beyond taking claims at face value that those who deny the reality of climate change — and it is reality — do so for anything other than political reasons, because to admit otherwise would threaten their bottom lines.

Climate change denial is profitable. This will continue to be the case as long as capitalism — the economic order based on extracting surplus value from laborers and allocating it to a minority ruling class — remains the status quo.

It’s not just that capitalism can’t stop or even significantly mitigate climate change; capitalism is the very cause of climate change. We should dare to accuse it of such in clear terms. We should also dare to venture into more intellectually daunting territory: asking what the alternative to capitalism should actually be, and what could happen if we don’t make the change.

So, what alternative to capitalism has even a polar bear’s chance of challenging the existential threat of climate change? Communism! The alternative is communism. Or socialism, if you’d like; I prefer the former term, because it refers to a more precise socioeconomic arrangement and thus less prone to (erroneous) conflation with capitalist welfare states that profit immensely from fossil fuel extraction. But both ultimately refer to the same principles, goals and capacity for addressing the problem at hand.

Under communism, we would grow food to feed the hungry and build housing to shelter the homeless. Under capitalism, we routinely throw away good food while millions of people go hungry and let hundreds of thousands of apartments sit vacant while as many people remain homeless.

Capitalism is clearly not meeting our collective need to not be swallowed by the oceans. In communism, we could democratically determine how to address this need directly without considering whether it could be done at a profit.

Democracy, along with common ownership, is one of the key principles of communism. In capitalist society, only a few absurdly wealthy people have real decision-making power; within communism, we all would equally. Communist theorists through history have proposed many ways that democratic arrangement could look like, but all share the trait of mass enfranchisement.

Communism wouldn’t be a panacea for climate change, because we’d still need to make the right decisions collectively. But the alternative is to keep letting just a few guys like Elon Musk and Jeff Bezos make those decisions instead.

We’ve already seen what happens when capitalist elites control all the resources. Ask anyone from Puerto Rico how that’s been going. Or the people in Flint, who still don’t have clean water but do have the privilege of paying more than four times annually for their water bills than Nestlé Waters North America, which has been selling bottled water to Flint residents at a profit. Under capitalism, the mismanagement and exploitation are endless.

We could wait and see what happens when those resources start to run out; when global agriculture struggles; when more people are displaced from their homes. Millions of climate refugees already know how welcoming capitalist states can be. How will massive corporations such as Amazon, which is rapidly monopolizing pretty much everything and whose workers piss in bottles for fear of punishment, respond when millions are in need and they hold all the cards?

Will they — these multinational entities without constitutions or public accountability, who control sprawling information and surveillance networks, logistics infrastructure and even our food supply — use their resources for the collective good? Or will they bite down, make us fight their wars for them, and then flee when they’ve had enough?

Our situation is dire, but only because we allow it to be. Jeff Bezos doesn’t have superpowers; he and his ilk hold the reins because we all give tacit consent to the economic order that permits them to. We could collectively decide to change that by demanding communism. And we desperately need to, soon. And by soon, I mean now. And by now, I mean yesterday. Because the water is getting higher today.

Corey Rennolds is a biological sciences doctoral student. He can be reached at cwrennolds@gmail.com.