UMD claims to be the nation’s first Do Good campus. It should start acting like it. 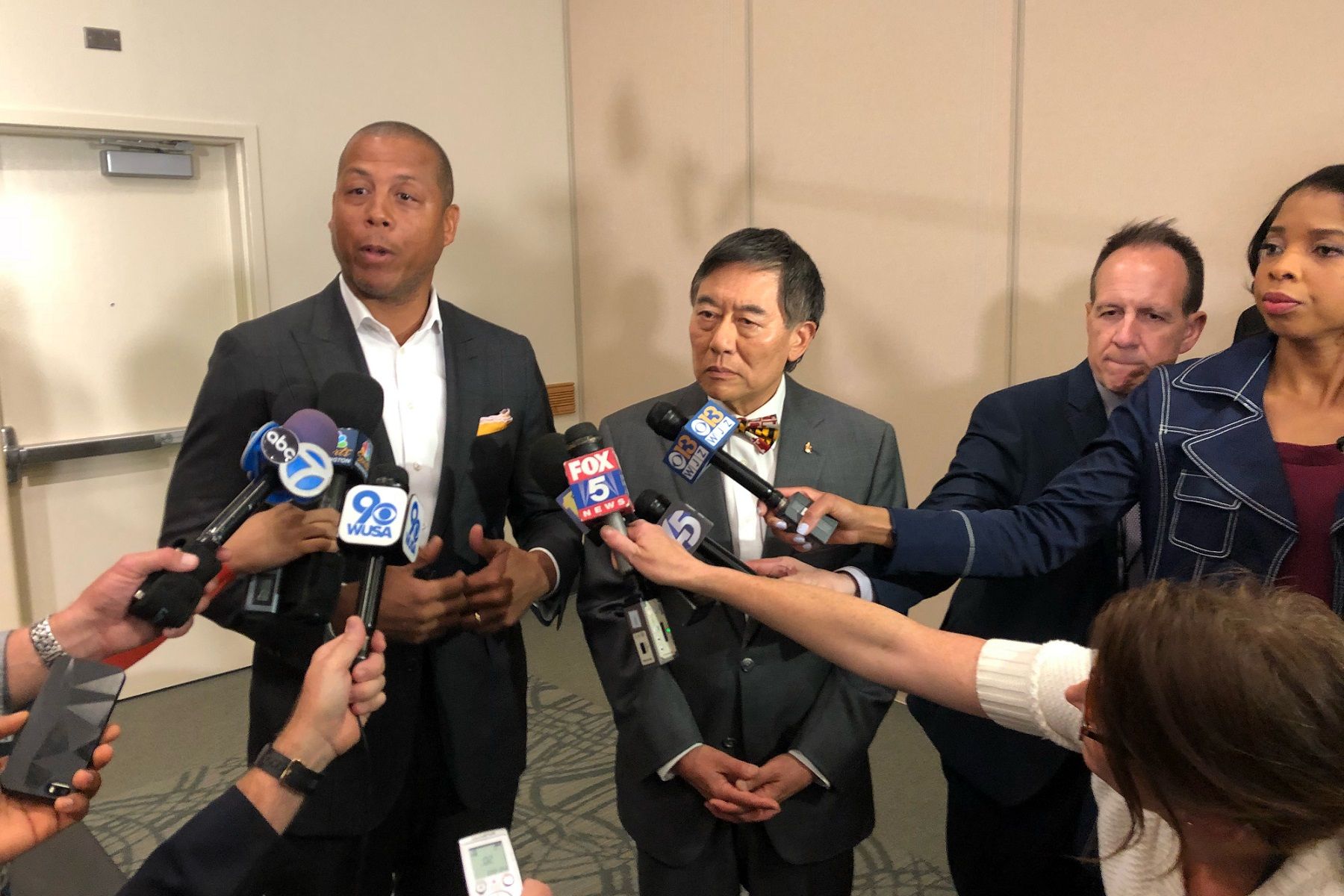 University of Maryland athletic director Damon Evans (left) and President Wallace Loh (right) speak to the media after the presentation of an external review into the athletic department’s safety protocols at Towson University on Sept. 21, 2018. (Andy Kostka/For The Diamondback)

The most infuriating defense of the University of Maryland’s abusive football program is the “everyone does this” defense — and it’s coming from the university’s most prominent defenders.

Influential donor and former Maryland quarterback Rich Novak said the team’s conditioning is surely “the same as is Ohio State or Michigan or Alabama or USC.” In an email to the commission tasked with investigating abuse, university President Wallace Loh wrote that some allegations “probably occur in every football program.” And in the final report, leaked Thursday, athletic director Damon Evans said DJ Durkin “operates within the norm of big programs in big schools.”

On its face, this argument is laughable. Abuse at other institutions doesn’t excuse abuse at this university. It’s disheartening that our leaders, in the interest of self-preservation, are resorting to the moral reasoning of a child. But what makes the “everyone does this” defense especially maddening is that this university has consistently described itself as exceptional, as holding itself to a higher standard than the pack.

The entire premise of the “fearless ideas” branding is that we don’t get swept up in groupthink. And we’re supposed to direct our cutting-edge thinking toward some ethical good. We claim to be the first Do Good campus in the country. The slogan of the Do Good campaign is “transforming idealism into impact,” for God’s sake!

How would a Do Good university manage its football team? Would it bring on a strength and conditioning coach who calls a player a “fucking pussy” for having trouble breathing during practice and chokes an injured player with a lat bar? Would it give that coach a $315,000 buyout once his abuse comes to light?

Would the first Do Good university hire a football coach who creates a toxic* environment in which abused players fear coming forward? Would it use university funds to defend players accused of sexual misconduct?

Would the president of the first Do Good university tell the University Senate that he “never ever” heard about abuse in the football program, even though he received an email from a player’s parent detailing just that?

This university’s exceptionalistic branding has little basis in reality, but it’s still valuable as an ideal. We shouldn’t tolerate the same abuses that have plagued countless athletic departments. Nor should we be governed by the approval of wealthy donors or U.S. News & World Report. We should take seriously the duty of a public research university — to transform the lives of a state’s young people and produce scholarship that, well, does good.

And yet, as soon as their jobs are on the line, our leaders show us how unseriously they take their own rhetoric. They warn us not to get worked up about behavior that is, as Loh put it, “the norm, rather than the exception.” For these folks, this university is only exceptional in fundraising appeals and recruitment videos. When it comes to meaningful oversight and preventing abuse? Let’s keep our standards reasonable.

We have the right goals here — we just have the wrong people tasked with reaching them. Our leadership is suffocating our potential. It would be a tragedy for nothing to come of this football scandal but a bunch of press releases and a 200-page report. Under this administration, no one can call this university a Do Good campus with a straight face. That’s why we need a new administration.

*The commission says the program wasn’t toxic, and then proceeds to detail an extremely toxic culture. That is why I am using the word “toxic.” [Editor’s note: He’s right, you know.]