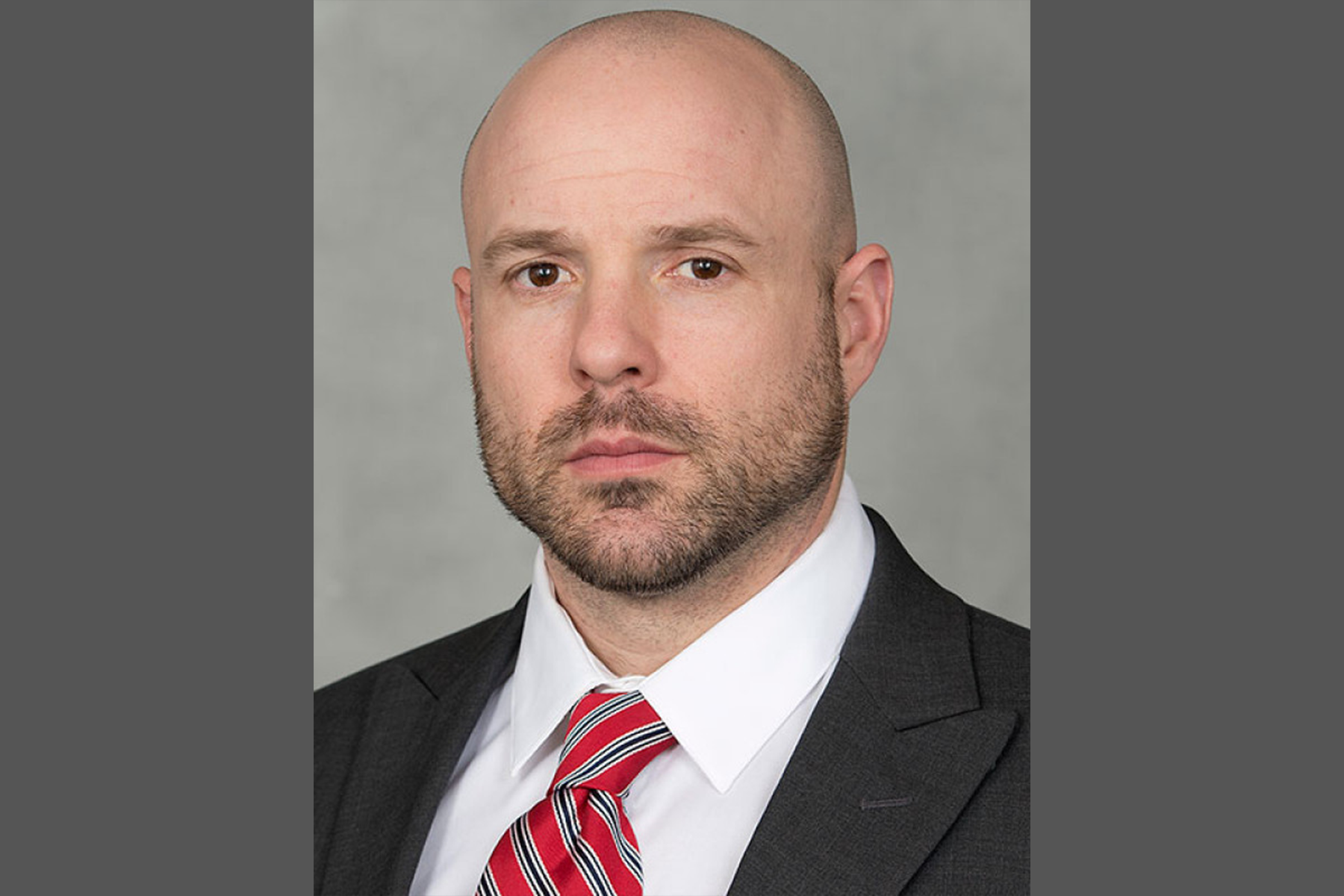 Rick Court resigned as Maryland football’s strength and conditioning coach in August after reports of abuse in the program. (Image via UMTerps)

During his time with Maryland football, strength and conditioning coach Rick Court was regularly abusive toward his players and “effectively accountable to no one” due to communication breakdowns in the athletic department, according to results of an external investigation.

Investigators concluded that Court, who resigned in August following media reports that he helped foster a toxic team environment, made a habit of pushing players past their physical limits and embarrassing and degrading them by attacking their masculinity — and, according to the report, “throwing food, weights, and on one occasion a trash can full of vomit.”

The eight-person commission — which was tasked with investigating the football program’s culture and spent hundreds of hours interviewing players, athletic department staff, parents, administration officials and others — wrote that Court’s behavior was “unacceptable by any reasonable standard.”

“Mr. Court, on too many occasions, acted in a manner inconsistent with the University’s values and basic principles of respect for others,” the report read.

Court’s time in College Park was chaotic from the start. His contract designated Durkin as his supervisor, but Court said he didn’t know to whom he was supposed to report.

As Durkin’s first hire, Court was tasked with aiding him in formulating a plan for the program to compete in the Big Ten, according to the report. The two worked closely, to the point where players saw them as “the same person,” the report said.

Before Durkin’s tenure, all university strength and conditioning coaches reported directly to head of sports performance David Klossner. Durkin and former athletic director Kevin Anderson both told the commission they thought Klossner was responsible for overseeing Court’s conduct, but Court’s contract stipulates that he reported directly to the head coach.

Though both Durkin and Anderson signed Court’s contract, neither could tell the commission who inserted the clause establishing that chain of command.

Court told the commission that he never received any performance reviews and was perpetually confused on who his supervisor was.

The case illustrates a widespread “dysfunction” that permeated the athletic department, according to the report.

Left unchecked and responsible for preparing a fledgling team in Big Ten competition, Court engaged in conduct that the commission described as “demeaning, and potentially dangerous.”

“I was forced to do things I couldn’t do,” one former player told the commission. “Too much weight was put on the bar for me to lift. When I couldn’t lift it, [Court] bashed me with horrible language.”

Court’s made a habit of berating players who struggled during workouts. His favorite words were “pussy bitch,” a former player said.

Former player Gus Little told the commission Court used this epithet against him for suffering full-body cramping after a difficult practice.

Court denied ever addressing a player this way, but Durkin told the commission he heard Court call players both “pussy bitch” and “pussy faggot.”

Durkin also said he was aware that Court took a box of food out of a player’s hand and threw it at the wall, but told the commission he didn’t think Court “crossed any lines.”

In their report, though, the commission members wrote that “there is a clear line Mr. Court regularly crossed.”

In January 2016, Court came up behind a player who was using a lateral pulldown machine, said “come on, motherfucker” and “pressed the lat bar into [the player’s] neck, choking him,” according to the player’s mother and two athletes who were there.

The player was recovering from a December 2015 surgery and was struggling to complete the workout, the report said.

A former player told the commission that Court told another athlete he was a “waste of life,” adding that “you should just fucking kill yourself.”

And a current player told investigators that the death of 19-year-old Jordan McNair, who suffered fatal heatstroke at a May 29 team workout, was a “clear culmination” of this “hyper-aggressive” culture.

“[McNair] didn’t look out for himself when he didn’t feel well because he felt the pressurefrom around him to not look like a ‘failure,’” the player said.

Durkin and athletic director Damon Evans told the commission that, before McNair’s death, Evans was approached by parents who alleged that Court had refused to allow their son a spot on a heated bench during a home game in November because the space was reserved for starters.

Court has received widespread media attention since an August ESPN report that detailed a series of allegations of his physical and emotional abuse to players.

Evans spoke to Court in the wake of the ESPN report, the commission wrote. Court denied some of the allegations and admitted to others, although he “supplied differing details and context to show why he felt his actions were appropriate.”

Still, Evans concluded that some of Court’s actions were unacceptable — including an account of him forcing an overweight player to eat candy bars and calling the player “fat,” which multiple current and former players corroborated.

However, the report also said Court went “beyond the call” to improve this player’s health, including scheduling a procedure to address a long-standing medical problem.

Despite it all, the commision — after spending more than six hours interviewing Court and his lawyers — wrote in their report that they believe he “did have the best interests of the players at heart.”

The athletic department conducted an anonymous survey of 48 players in March 2017, which revealed a largely positive view of strength and conditioning staff, according to the report.

Asked to respond on a scale of 1 to 5 — with 1 denoting “strongly disagree” and 5 denoting “strongly agree” — players’ average ranking of the statement “my experience with the strength and coaching staff was a positive and the staff met my team’s needs” was 4.59.

One anonymous comment said the “[f]ootball strength staff was the best hire ever!”

But a different team survey conducted in September revealed that players’ view of Court was “extremely poor by any standard,” the report read. Asked to rate several elements of the program on a scale of 0.5 to 5, the 94 players who responded gave Court an average rating of 2.3.

By contrast, the average for players across 32 Division I football programs who were asked to rate their assistant coaches in a similar survey was 4.2.

Because players viewed Durkin and Court as one and the same, they felt “there was little benefit” in complaining to the head coach, according to the report. So, until Court’s resignation, he forged ahead, unrestricted, in an environment built on humiliation and abuse.

“I kind of regret not saying it to Durkin, but the kids hated Rick,” a current football staffer told the commission. “The kids wanted Rick out of their lives.”