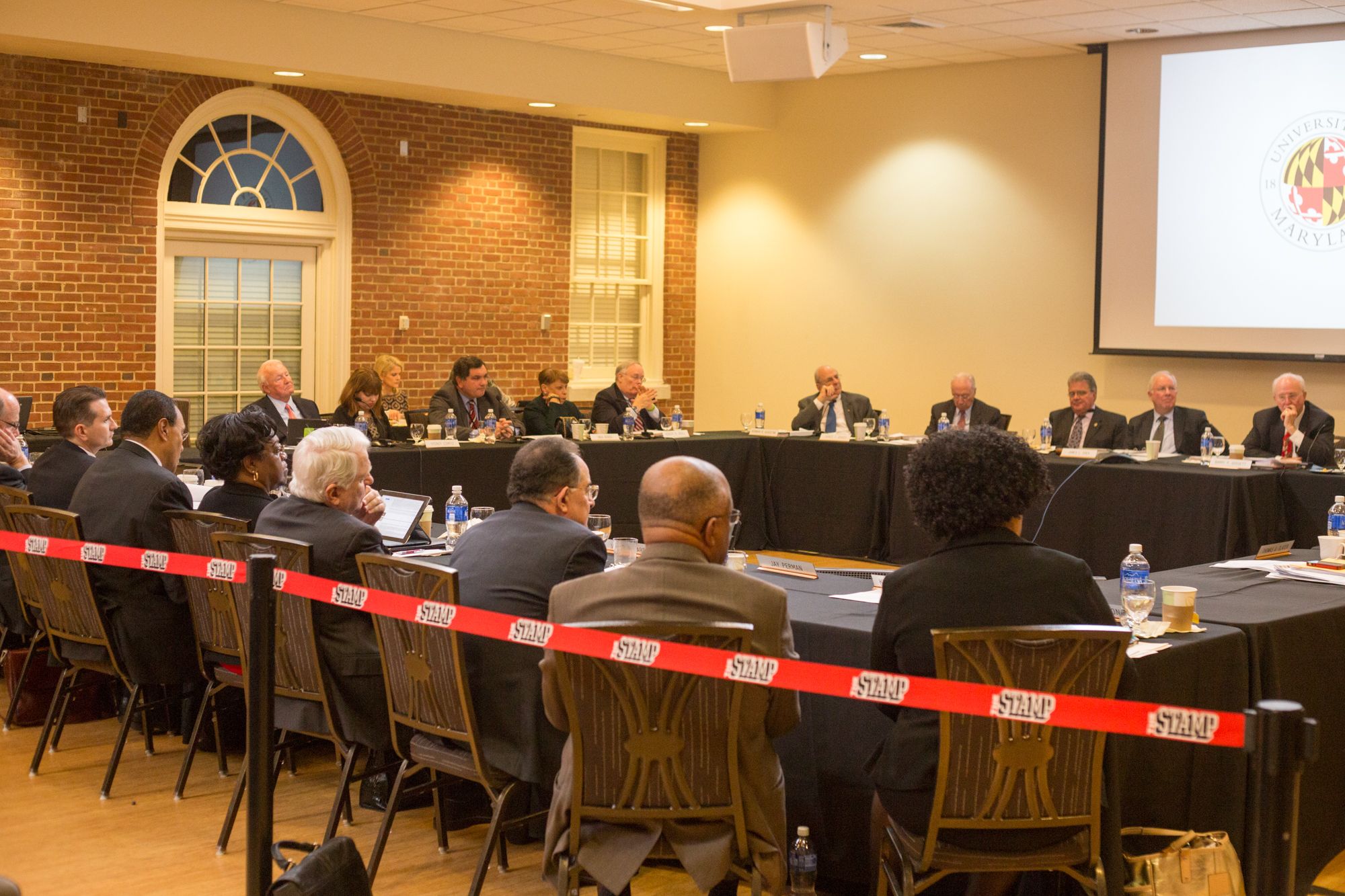 The University System of Maryland Board of Regents sit in a special meeting held in the Atrium in Stamp Student Union on Dec. 11. (Tom Hausman/The Diamondback)

After being briefed on the results of the investigation into the Maryland football culture Friday and meeting to discuss the findings for almost seven hours Tuesday, the Board of Regents will meet again via conference call Thursday afternoon to further discuss the results.

Tuesday’s special meeting had been announced last week, as the board anticipated needing additional time to go over the findings following the briefing at its regular meeting Friday. The second special meeting was announced after the conclusion of Tuesday’s seven-hour meeting.

The board — which sets policy for the University System of Maryland’s 12 member institutions and has hiring and firing power over university presidents — had previously announced that findings, recommendations and decisions were expected to be released “within a week” of Tuesday’s meeting.

Five of the eight commission members attended Tuesday’s meeting in person, and the other three listened in remotely. Neither university President Wallace Loh nor athletic director Damon Evans or any other employee of this university was at the meeting. Over the weekend, The Washington Post reported Loh had not yet seen the report.

In August, this university created a commission to review the football program following ESPN reports on allegations of abuse under coach DJ Durkin and the role it may have played in the death of offensive lineman Jordan McNair in June. The board assumed control of the investigation shortly after.

Immediately following McNair’s death, the university launched an external review of the May 29 workout where he suffered fatal heatstroke. The results of that investigation were presented by sports medicine consultant Rod Walters late last month. Walters made no personnel recommendations.