The movement against climate change cannot be anti-humanist 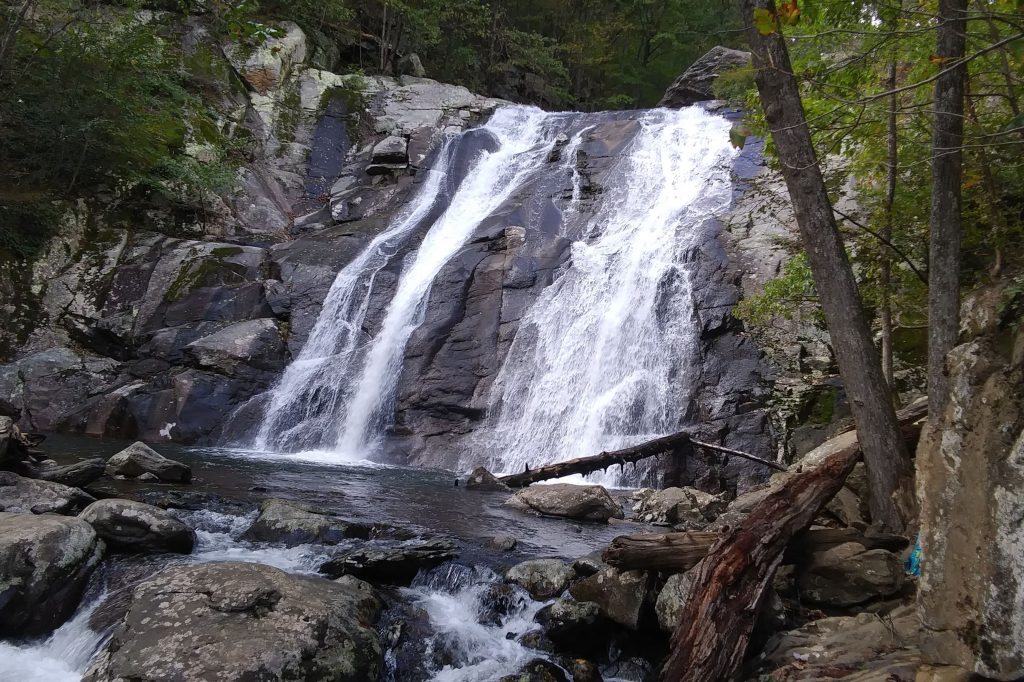 I went hiking in Shenandoah with an old friend last weekend to celebrate the arrival of fall weather and think about the destruction of the planet.

Shenandoah is, of course, gorgeous — our trail started between several perfectly clear rushing streams and shot up into the hills, where we could catch occasional glances over whole mountain ranges covered in leaves just starting to turn. When we turned a corner to find a towering waterfall (pictured above), I lifted my fists over my head and let out a “WOOHOO!”

For as lovely as the hike was, my more depressive instincts meant I spent much of the trip feeling somewhere between anger and grief. The Intergovernmental Panel on Climate Change had released a terrifying report earlier that week predicting that many of the worst effects of climate change — massive flooding and droughts, food scarcity, cataclysmic storms — will take place far sooner than anticipated.

Exploring a national park in the shadow of climate disaster brought out a few things: gratitude for these little pockets of environmental utopia, despair at the ecological devastation that will surely only accelerate in the decades to come and, most of all, seething anger at humankind for its terrible stewardship of the planet.

That anti-humanism, that rage at what we’ve done, is an easy emotional destination for people who care about the environment. Brian Calvert, in an essay about environmentalists who’ve given up on hope, describes this misanthropy well: “We humans are a disastrous species, as bad for the Earth as a meteor strike, and the realization of this had established in me a new kind of sadness, a mixture of guilt and mourning for a loss yet to come.”

But as comforting as it can be to revel in that anger, it’s both morally repugnant and politically unwise. Anti-humanist environmentalism freezes people in despair. It encourages folks to choose silent nature retreats over engagement in mass politics. It may provide some spiritual benefit to middle-class people in industrialized nations (like me), but it’s useless to the millions of Bangladeshis who risk displacement from rising sea levels.

Any meaningful environmental movement requires an egalitarian and humanistic commitment to economic security. As Duke Law professor Jed Purdy describes in Dissent Magazine, a movement against climate change and environmental degradation must start from the notion that the earth’s resources are finite and economic production must be limited.

Limiting production and growth, though, should not mean a conservative satisfaction with the status quo, with its massive inequalities of wealth and resources. Rather, we can keep economic growth under control — thus preserving natural resources and countering climate change — by embracing an egalitarian economic project that achieves material security for everyone.

Growth relies not on economic security, but on insecurity and inequality. By redistributing wealth from the rich to the poor and the global north to the global south, we can undercut capitalism’s most destructive mechanisms and create an economy humane enough to make a production slowdown palatable.

Economists like John Maynard Keynes predicted that growth would slow down naturally as individuals had their basic needs met and turned toward leisure and self-improvement. That didn’t happen, because the capitalist mode of production creates artificial needs and artificial insecurities. Advertising fosters social standards around frivolous consumption; the destruction of the welfare state forces more people to take unfulfilling jobs; the decline of unions and other labor protections makes people work in greater fear.

A humanistic effort to give every person a moral level of material comfort and dignity could soften the blow of a necessary economic slowdown. Purdy writes, “Only an economy with greater security is likely to produce political forces to limit economic growth because only a secure economy would make an economic slowdown politically tolerable.”

Environmentalists must embrace a commitment to human justice just as it embraces its commitment to environmental justice — one cannot exist without the other. Environmentalism that neglects the poor and writes off mass politics as the minor squabbles of a disaster species is doomed to fail. Material security dignity is a prerequisite of the economic transformation called for by the IPCC. If the environmental movement gives up on human beings, it gives up on the planet.