Why did Melania Trump go to Africa dressed like a colonizer? 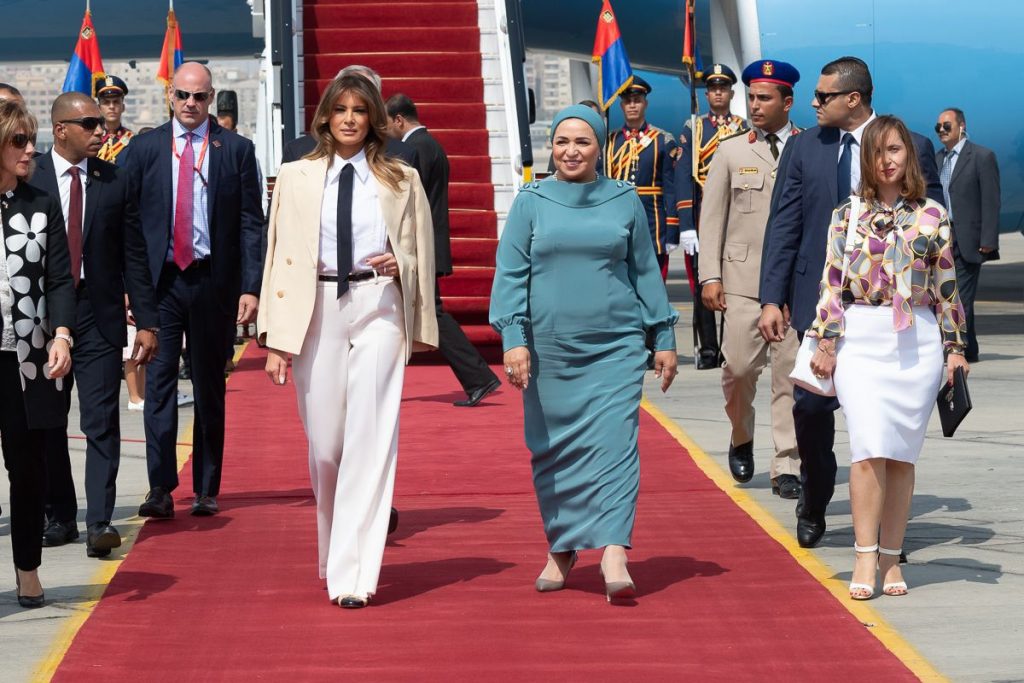 First Lady Melania Trump is facing scrutiny over the white helmet she wore during a safari tour at Nairobi National Park. The style of hat resembles those worn by Europeans who colonized Africa and India, and many observers were critical of the statement Melania’s wardrobe appeared to be making. Historian Matt Carotenuto even likened it to someone wearing a Confederate uniform at a cotton farm in Alabama. In response to the uproar, the First Lady told reporters to “focus on what I do, not what I wear.”

Melania has a point, but the fact is that everything the First Lady does becomes political. The purpose of Melania’s trip was to promote the United States’ effort to support African nations in improving maternal and children’s health, as well as education. While these initiatives are admirable, it’s almost laughable that the First Lady is promoting American involvement in humanitarian aid while her husband has proven that he couldn’t care less.

The themes of the trip are directly in conflict with the president’s policies and attitude toward supplying foreign aid. Trump has proposed a decrease in international development programs by 30 percent. He wants to get rid of basic education funding for Malawi, cut millions of dollars to the state department’s international maternal and child health programs, and millions of Global Fund cash to combat HIV/AIDS, tuberculosis and malaria.

Despite her husband’s opposition to supplying aid, Melania spent time at schools and hospitals — including in Malawi, where there are tremendous barriers in access to education. The First Lady’s solo endeavors have sparked new hope among global health advocates, who see this trip as a possible stepping stone to increased efforts from the US to support developing nations.

It’s refreshing to see someone from the Trump administration showing some concern for those who are underprivileged. But to wear an outfit that is disturbingly similar to colonists of the past is a slap on the face to the millions of people who suffered — and continue to suffer — from Europeans draining their lands of resources.

Let’s not forget the reason many modern developing countries are struggling is because powerful white men stole their money. So when the First Lady, whose husband is one of the world’s most powerful white men, walks around Nairobi looking like a colonist, people are justified in being outraged.

To give her the benefit of the doubt, maybe Melania’s wardrobe was just a careless choice that she never really considered the type of image it would project. What’s more important is that the First Lady proves that she really does care about her global aid initiatives by using her voice to impact federal decisions on foreign policy.

We don’t want to just see pictures of Melania with African children that are a marketing strategy to make the administration look better. We want to see her using her position of privilege and power to make the changes she says she wants to see in the world.