UMD students traveled to Miami to advocate for immigrant rights 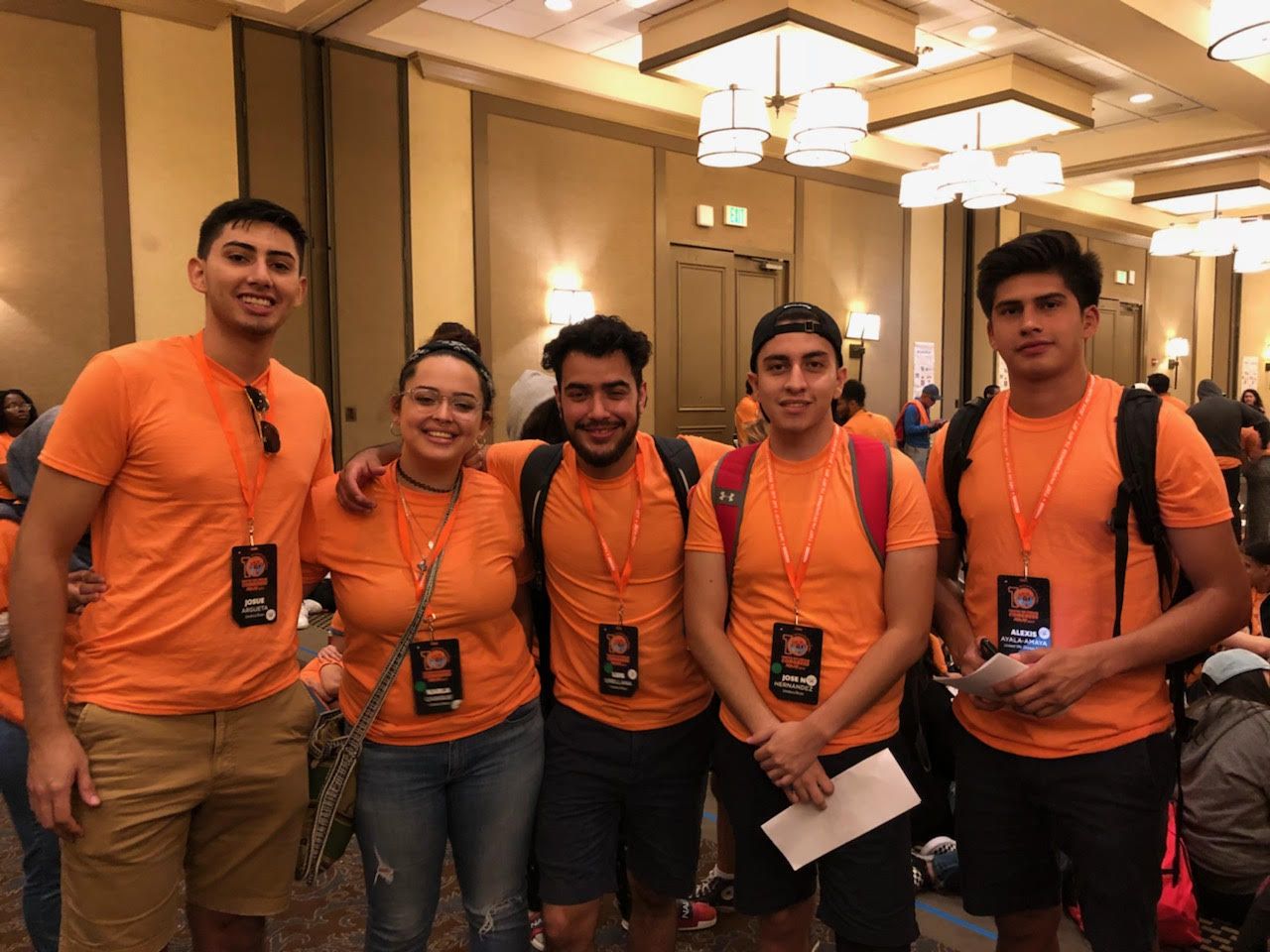 His family needed the purse, filled with their passports and documents, to travel back home to El Salvador after a visit to the United States in October 2001. But it never turned up.

Orellana, now a junior accounting and finance major at the University of Maryland, said his family didn’t originally plan to stay in the U.S. indefinitely, but “one thing turned into another.”

“It seemed like the whole process of getting our documents back was going to be quite a feat,” Orellana said. “My dad just ended up talking to my mom into staying, since she was already pretty far off into her pregnancy.”

Though the shopping trip changed the 3-year-old Orellana’s life, he said he didn’t really understand what it meant to be an undocumented immigrant until 2015, when he began applying to colleges — the same year Donald Trump announced he would run for president.

Orellana, along with four other students and members of UndocuTerps — an on-campus group that supports students who are undocumented or from mixed-status families — attended the United We Dream Congress, a biennial gathering of immigrant millennials and allies. The group traveled to the meeting in Miami, Florida, last week to advocate for immigrant rights.

The three-day conference, which began in 2008 and was last held the summer before the 2016 election, focuses on activism and networking for immigrant millennials, said Bruna Bouhid, a spokesperson for United We Dream. The Trump administration’s shift in immigration policy motivated the group to expand this year; 31 states were represented and over 1,500 people attended the conference, Bouhid said.

“There are so many of us in this country going through the same thing and so many of us struggling under this presidency,” she said, “that the only way to fix it is to come together and to do something about it.”

The conference featured speakers involved in other social justice movements, including Black Lives Matter and indigenous movements. Bouhid said they discussed how the struggles of different marginalized groups intersect, hoping to inspire young people to enact change through political protest.

“Midterm [elections] are right around the corner,” Orellana said. “We’ve actually got to mobilize and get people to the polls, and out there voting, in order to actually create a change.”

With over 100 affiliate locations in the U.S., United We Dream has pushed to stop deportations and help young people from mixed status families achieve higher education. The organization has a deportation defense team that focuses on reducing the amount of immigrants put into detention centers, Bouhid said.

Orellana said the Trump administration’s zero-tolerance policy, which led to the separation of thousands of immigrant children from their parents this summer, motivated him to dedicate more of his time to advocacy. Being surrounded by both of his parents had the biggest impact on his well-being, Orellana said, as he was separated from his father and mother at different points in his childhood.

“That kind of hit home pretty strongly for me,” Orellana said. “It motivated me to dedicate more time to the whole movement and actually find out what’s going on, why and actually start talking to people, trying to spread awareness and that sort of thing.”

To help cover travel expenses, UndocuTerps set a $3,500 fundraising goal at the beginning of the semester. Through GoFundMe and outreach to various Latinx student organizations, including the Association of Latino Professionals in Finance & Accounting and the U.S Latina/o Studies program head Nancy Mirabal, the goal was reached in one month.

Josue Argueta, a junior finance and information systems major who attended and helped fundraise for the conference, said it made him consider the large amount of undocumented immigrants who cannot work to support themselves and advance their education.

“People who were not eligible for DACA … what are we gonna do with those people?” Argueta said. “There’s no help for them, like there’s less resources. They’re even worse than we are.”

Argueta, who immigrated from El Salvador when he was 8, is eligible for DACA status. Argueta he wants people to understand that the that immigrants leave their country of origin not on a whim, but in an effort to create a better life.