Larry Hogan has prioritized people over the GOP. That’s the way it should be. 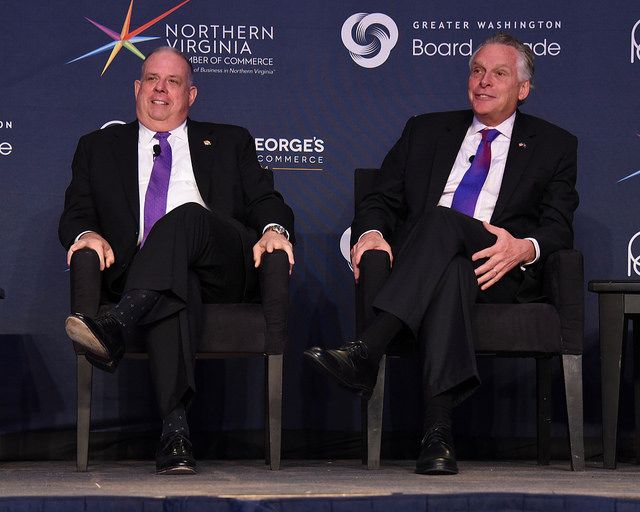 Maryland seems to be learning from the recent onslaught of gun violence tragedies. Shootings at the Capital Gazette, Marjory Stoneman Douglas High School and a Las Vegas concert are just a few harrowing incidents seared into our minds from the past few years. It’s time that more stringent laws are enforced to ensure public safety.

Among the new laws recently taking effect in Maryland is the “red flag law,” which twelve other states already enforce. This legislation allows law enforcement and family members to request that a judge temporarily confiscate firearms from gun owners who “pose a risk to themselves or others.” The possession of bump stocks — which increase firing rates of semi-automatic rifles almost to that of a machine gun — is now illegal. Furthermore, gun owners who have been convicted of domestic violence will now have to surrender their guns.

With the gubernatorial election around the corner, Gov. Larry Hogan has proven that he is not afraid to place common sense over politics. As a supporter of the new gun laws, Hogan has risked the displeasure of his Republican colleagues. The National Rifle Association even dropped his rating from an A- to a C; the details of this rating were never specified, but it’s not difficult to connect his signing of these gun laws with the NRA’s disapproval. But Hogan does not care about what the NRA has to say about him. After visiting Great Mills High School, where a student was shot and killed, he publicly announced he would not accept an endorsement from the NRA if they offered one — which they have not done for this year’s election.

Other politicians could certainly learn from Hogan’s bipartisan approach. Just take the recent hearings for Supreme Court nominee Brett Kavanaugh’s alleged sexual misconduct. Republican senators were in such a hurry to get their nominee confirmed that they did not initially call for an FBI investigation into Dr. Christine Blasey Ford’s allegations. For these senators, getting a conservative judge who would support their ideals was more important than determining his moral character and fitness for a lifetime appointment.

If the Republicans could learn one thing from Hogan, it’s to prioritize moral responsibility over politics. As governor, it is Hogan’s duty to enforce laws that will contribute to a safer public — regardless of what other political influencers might desire. Similarly, it’s the senators’ responsibility to appoint a nominee who is truthful, judicious and who isn’t possibly culpable of any heinous crimes. When political motives become more influential than an individual’s conscience, politicians are failing the American people. We deserve representatives who are loyal to their constituents, not to their parties.