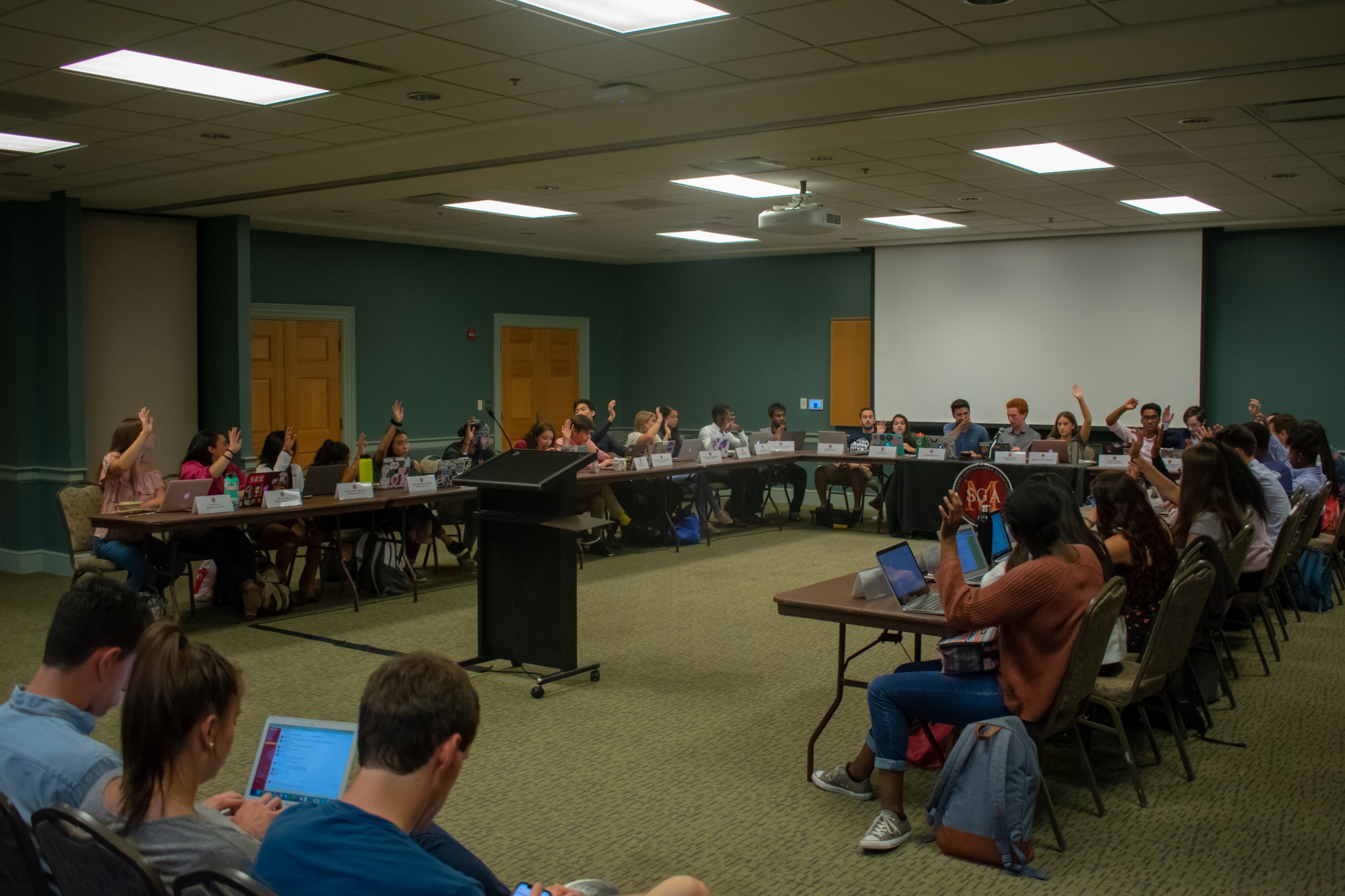 The University of Maryland SGA voted Wednesday to fund advertising materials for their voter registration campaign and create a committee to advise the College Park City Council.

The Student Advisory Committee, designed to more deeply involve students’ perspective in city affairs, will consist of 13 members — nine with voting rights, and four without. The representatives will go to meetings and serve as representatives for the interests of students at this university.

Members of the new committee will be tasked with reviewing and proposing programs that would benefit both students and residents, according to the bill, which passed 29-0 with three abstentions.

The committee will be chaired by the student liaison to the City Council. Five of the nine voting members will be plucked from various organizations — the National Pan-Hellenic Council, the Interfraternity Council, the Pan-Hellenic Association, the Multicultural Greek Council and the Graduate Student Government — and the other three will go to students who apply. The deputy student liaison claims the last vote.

“They’re all hopefully going to have seats at the table to really make sure we’re having the best conversation that we can have,” said deputy student liaison Serena Saunders, who sponsored the bill. “I really wanted to extend that opportunity to anyone who does live in College Park.”

SGA president Jonathan Allen voiced excitement for the new committee, saying it was part of a campuswide effort to promote political engagement among students.

“Part of what we are doing across the SGA this semester is focusing on civic engagement and the different forms that comes in,” Allen said. “Ensuring that our student body is more involved across campus — whether it be with the City Council, the state government, the federal government or in their local communities.”

“We also want to do service, service is something students pride themselves on,” Tobin said. “When it comes to issues we want to do an advisory role for — anything from environmental sustainability, housing affordability and making sure College Park properties are safe places to live.”

The SGA also voted to fund envelopes, stamps and other advertising materials such as signs and buttons for their voter turnout initiative.

Computer, mathematical, and natural science representative David Rekhtman, who sponsored the bill, referenced reports stating that some college students neglect to send back their absentee ballots either because it is too much of a hassle or because they don’t know where to buy stamps.

The bill requested $823.42 to fund the initiative. Part of the fund will go toward stamps and envelopes, and the rest will pay for 50 more signs and 1,000 more buttons promoting voter registration.

SGA has registered over 1,500 Maryland students so far this semester, with a goal of 2,000 by the voter registration deadline. Rekhtman said he believes that providing these materials would further increase the numbers.

Allen, a Florida native, said the struggle of submitting an absentee ballot is all too familiar for him.

“Some students, after trying to mail forms in once or twice, may be deterred from doing it and might just go ahead and not register,” he said. “Yes, it is great to have students register to vote, and to get them absentee ballots, but it is useless if you don’t send it in.”