To save the Chesapeake Bay, students must limit plastic use 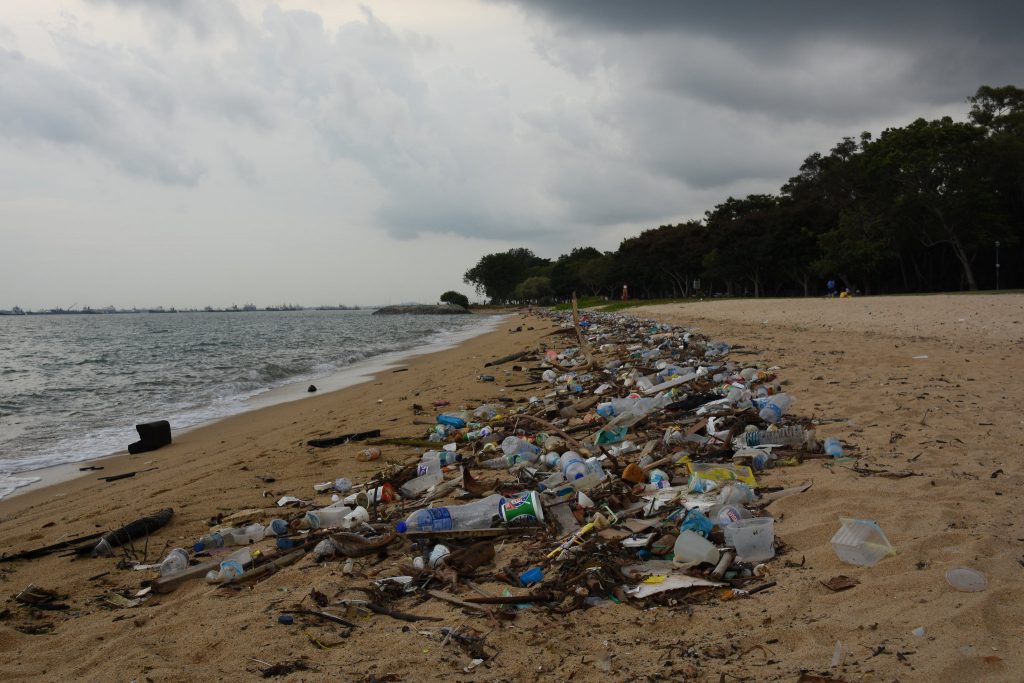 It’s estimated that 8.3 billion metric tons of plastic has been produced since the 1950s. Rather than being recycled, plastic is most often disposed of in landfills or in the environment, where it is expected to sit for hundreds of years before it begins to break down. If current production trends hold, there will be 12 billion metric tons of plastic in landfills by 2050.

As concerns grow about the sustainability of plastic use, the MaryPIRG Save the Bay campaign aims to educate students on the wastefulness of using plastic. The campaign’s mission is to fight pollution by challenging modern-day plastic use and changing plastic culture at the University of Maryland. The campaign will inform students about the benefits of using alternative materials to decrease their contributions to plastic pollution in the U.S.

With these issues becoming more relevant to the global population, the Save the Bay campaign is working to institute a new initiative that aims to decrease student plastic use at this university. Plastic Free Tuesdays will encourage students to go plastic-free in all aspects of their daily lives, not only to increase their awareness of the wastefulness of single-use plastics but also to offer sustainable alternatives.

A part of the initiative will be brand audits to hold brands accountable for the plastic waste they create. The campaign will post these audits on social media to detail the plastic pollution found around campus with a short description of the plastic found, the company’s account and the hashtag #breakfreefromplastic. By maintaining accountability, the Save the Bay campaign hopes to affect the way brands manufacture and package their products.

Along with working to decrease plastic use on campus, the Save the Bay campaign will continue to lobby Maryland representatives for a statewide ban on expanded polystyrene, more popularly known as Styrofoam, in restaurants.

Styrofoam is produced using nonrenewable fossil fuels, as well as synthetic chemicals. Many to-go cups, takeaway containers and dozens of other single-use items are made of this material. However, Styrofoam has severe adverse effects on environmental health, and its continued use will only increase these dangers, both for people and the environment.

Along with being nonbiodegradable, Styrofoam also poses a risk to wildlife. When animals consume this plastic, it can easily accumulate in their bodies and eventually poison them. Styrofoam is also made with synthetic chemicals that are damaging to people, the environment and animals.

Every Tuesday, the Save the Bay campaign will set up tables informing students of their initiative to break the culture of plastic use on campus. The first table was held Tuesday. The campaign plans to work with other organizations on campus to achieve its goals, as well as to schedule campus clean-ups and perform brand audits. The Save the Bay campaign hopes to increase student awareness of the risks of using plastic and student involvement in the issue.

Students can find many opportunities for involvement in the Save the Bay campaign. Currently, the campaign is looking for students who are not only willing to volunteer at tabling events but also to take leadership positions. If you’re interested in fighting for the environment, be sure to apply for a position or show up to our weekly campaign meetings on Wednesdays at 7 p.m.

Rachel Fulla is a MaryPIRG organizer and senior communication major. She can be reached at rachelfulla@yahoo.com.