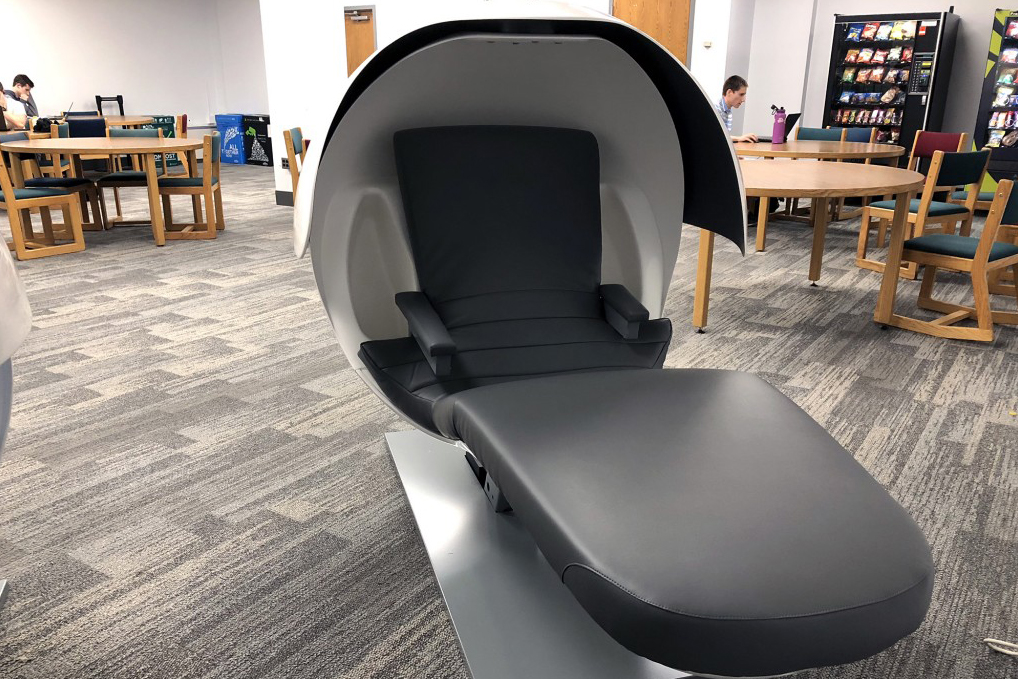 Earlier this month, The Diamondback published a guest opinion column lauding the recent installment of two napping pods in McKeldin Library. The university is testing these pods as part of a pilot program to gauge students reception. Despite how appealing a designated napping area may be at first, it might not be as helpful as some hoped it would be.

It’s not uncommon for students to indulge in a nap once in a while. With hectic schedules, exams to study for and jobs to work, it’s only natural for us to lose a bit of our steam sometimes. However, it’s also no secret that college is home to a “sleep deprivation culture.” People guzzle down coffee and energy drinks to push through all-nighters and last minute study sessions.

Our bodies can only handle a lack of sleep to a certain point. Many of us know what it feels like to crash after going multiple nights in a row without proper sleep; it’s hard to focus, retain information and ultimately leads to a sharp decline in productivity. Furthermore, it’s not like we can make up the lost hours of sleep during the week by sleeping in on the weekends. Contrary to what some people think, sleep is not like a bank we can deposit and withdraw from; you can’t pay off sleep debt by binging on it when you have the time. Once you lose those precious hours, they’re gone.

Some think that napping is a great solution to missing out on sleep, which is why, in theory, the napping pods seem useful. The National Sleep Foundation has even highlighted some of the benefits of short naps, suggesting that they can improve performance and alertness. However, as University of California, Berkeley neuroscience and psychology professor Matthew Walker told Business Insider, naps can be “a double-edged sword.” According to Walker, naps — especially in the late afternoon — can actually make it harder for us to fall asleep at night.

Essentially, our bodies build up a sort of “sleep pressure” when we’re doing activities during the day. The build-up of this pressure makes it so that we are able to quickly fall, and stay, asleep at night. Taking a midday nap interferes with that pressure, thus hindering our ability to smoothly transition into a full night’s restful sleep. Walker recommends that if one must take a nap, the shorter the better.

The designers of the napping pods seem to have thought of this issue ahead of time — there is a 20-minute timer and light to gently wake people up at the end of their nap. But let’s be realistic — most of us can think of a few people who would probably just reset the timer again to go for a second or third round of the nap. Furthermore, the temptation of a cushy chair to sit in while working on assignments might just be too much. Easy and immediate access to a napping pod could end up motivating some to procrastinate on work.

Instead of spreading napping pods on campus, we should be more focused on changing the culture of sleep deprivation. The importance of getting a proper amount of sleep at night — so that you don’t have to rely on sporadic naps throughout the day — needs to emphasized when students first start their college careers.

Although the implementation of napping pods is well-intentioned, they might just end becoming a crutch. For some people, knowing that there is a reliable space to nap in the library might deter them from trying to maintain a healthy and regular sleep schedule at home. We might just do ourselves a favor by going old school on this one: Keeping our rooms for sleeping and our libraries for getting work done.