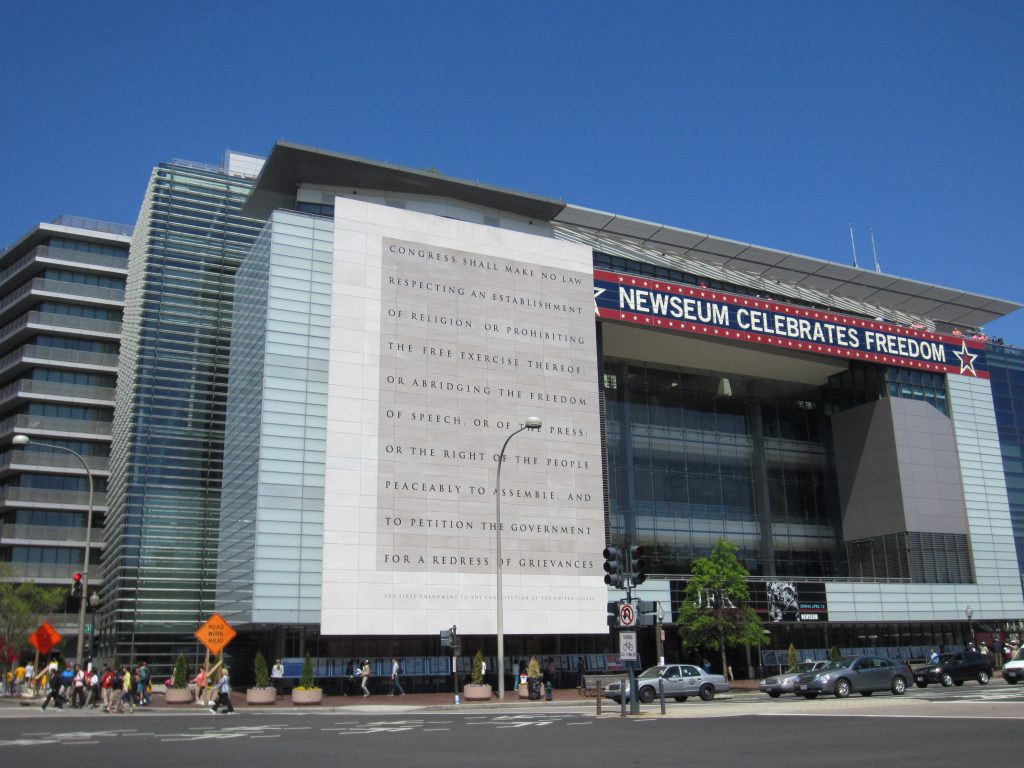 Crowds of eager museum-goers stretched down Pennsylvania Avenue Saturday, anticipating free entry to the Newseum as part of the Smithsonian’s annual Museum Day.

“Today is a day of standing in lines,” Katherine Foster, 30, of Washington, D.C., said, chuckling.

The Newseum is a museum dedicated to the evolution of the role of media in society, and how it varies across different platforms, time periods and areas of the world. Various exhibits include a tribute to 9/11 with a display of media coverage of the event, a display of a multitude of newspaper front pages from several states and countries and even a gallery of photos of dogs from past presidents.

Museum Day set an all-time visitor record for the Newseum, as nearly 12,000 visitors attended that day, according to the museum’s Twitter.

Foster, was standing in line for an exhibit, celebrating some of the best photographs taken over the past 75 years.

The significance of credible, reliable news being spotlighted in the media was a draw for people like Amy Pedagno, 30, of Arlington, Virginia, who was at the Newseum for the first time.

“I wouldnt describe myself as a news junkie, but I still get my news from the Washington Post and the New York Times,” Pedagno said. “I still try to read like the local papers from the areas that I’ve lived. I think when you have to take the time to print, you think more credibly about it. There’s something to be said about actually manufacturing a paper as opposed to anyone just typ[ing] anything on the computer without thinking about it.”

“With today’s current events, it’s more important than ever to value the freedom we are afforded in our press,” Kerlin said.

The waived fee — normally $24.95 plus tax for adults — was also a significant draw.

Among the most buzzed about exhibits for Kerlin was the 9/11 tribute, which included a piece of one of the fallen Twin Towers and the camera equipment from a journalist that died while covering the attacks.

“No matter how many times I learn about the event and how many lives were affected,” she said, “it manages to make me tear up.”

Sophomore communication and French major Rebecca Mohrmann found the “Stories of Our Lives” exhibit the most captivating, which was a film screening dedicated to some of the most newsworthy stories from the last 50 years.

“Even though they may have happened a while ago, those events are what have shaped the present day,” Mohrmann said. “I think it’s great they’re reminding the public on how far we’ve come as a nation.”