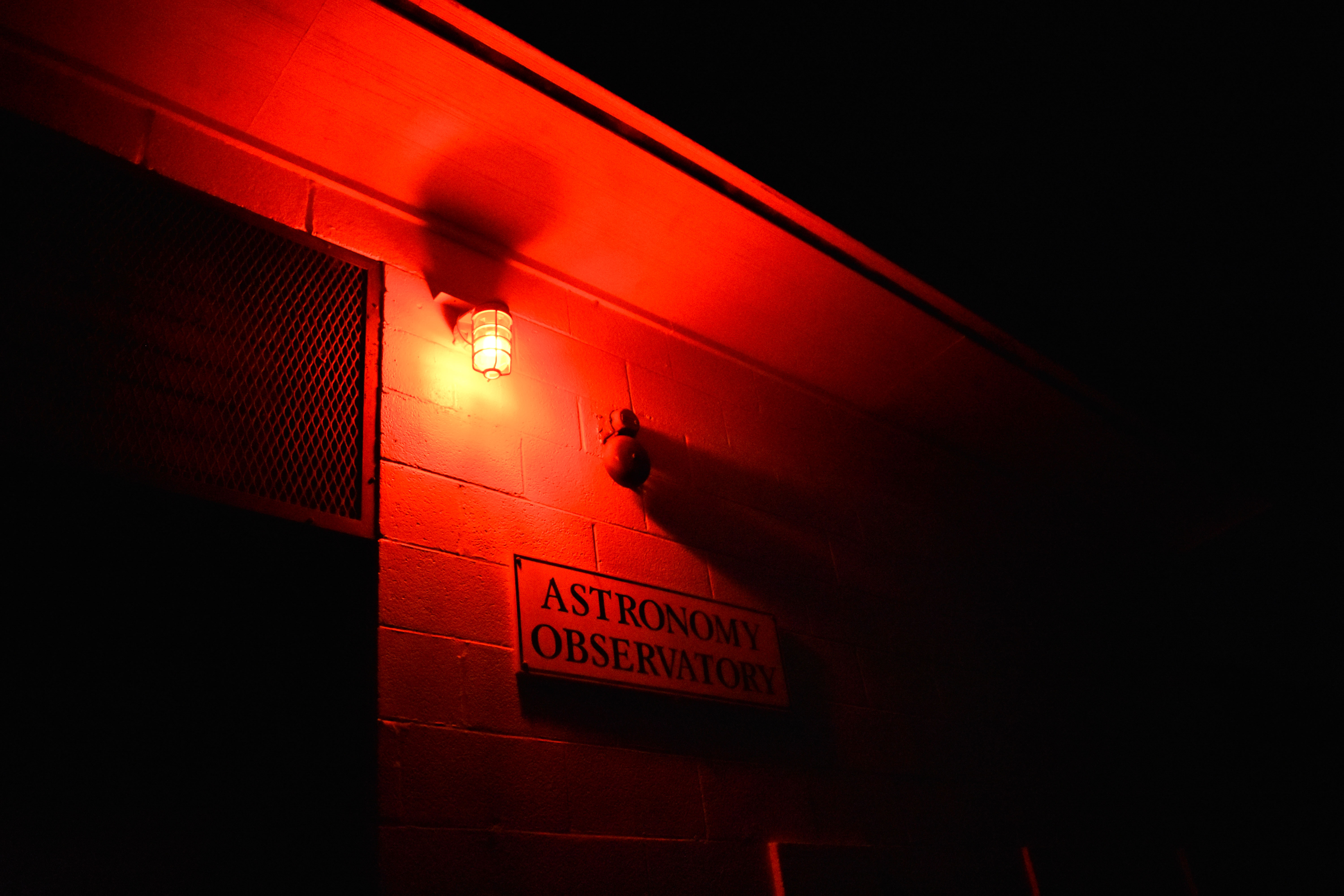 “When Mars is closest, it looks really bright, and when people look at it through the telescope, they really feel the connection,” Gatkine said with a smile. “And we look at the satellites of Jupiter with the telescopes — something that Galileo observed 400 years ago.”

But a proposal to build new athletic facilities and a parking lot on this university’s golf course, which sits right beside the observatory near Metzerott Road, have Gatkine and other members of the astronomy department worried that such sightings may become more difficult in the future.

The proposal would convert the 150-acre course’s first, ninth, 10th and 18th holes into five intramural fields, a new track and field complex and a 600-space parking lot. This would increase the amount of light pollution around the observatory, said its director, Elizabeth Warner.

The development proposal places illuminated recreational fields along University Boulevard, about half a mile from the observatory, said Administration and Finance Vice President Carlo Colella.

New lighting, even at this distance, would encroach upon the buffer offered by the golf course and make the skies over the observatory lose some of their inky blackness, Warner said. This would especially impact astronomers’ ability to observe dimmer stars.

D. Teal, an astronomy doctoral student who goes solely by their last name, compared the effects of light pollution to static on a television.

“When you have essentially this background of light, you can’t see those dim wisps you’d otherwise see in a dark sky,” they said. “In terms of planetary observations, the planets are pretty bright, but you’d still lose that detail. It would still be noisy.”

Colella noted that the lit parking lots of College Park’s National Archives are located closer to the observatory than the illuminated recreational fields would be. But Warner said that towering trees between those lots and the observatory prevent this lighting from impacting the darkness of the area.

Warner said the facility serves as a resource for undergraduates studying astronomy to conduct research that gives them a competitive edge when applying for internships and graduate school. The observatory is also used by students in ASTR310: Observational Astronomy and ENAE441: Space Navigation and Guidance.

Colella said the university is aware that observatories are sensitive to light and said that this will be taken into consideration as designs for lighting are developed. He added that the school will host another town hall meeting soon to address community concerns about the development.

In the meantime, members of the astronomy department are left to ponder the observatory’s future.

“Dark skies are definitely an integral part of learning in an observatory,” Gatkine said. “Because otherwise, what’s the point?”