After numerous mold reports, Elkton Hall residents are being relocated to hotels 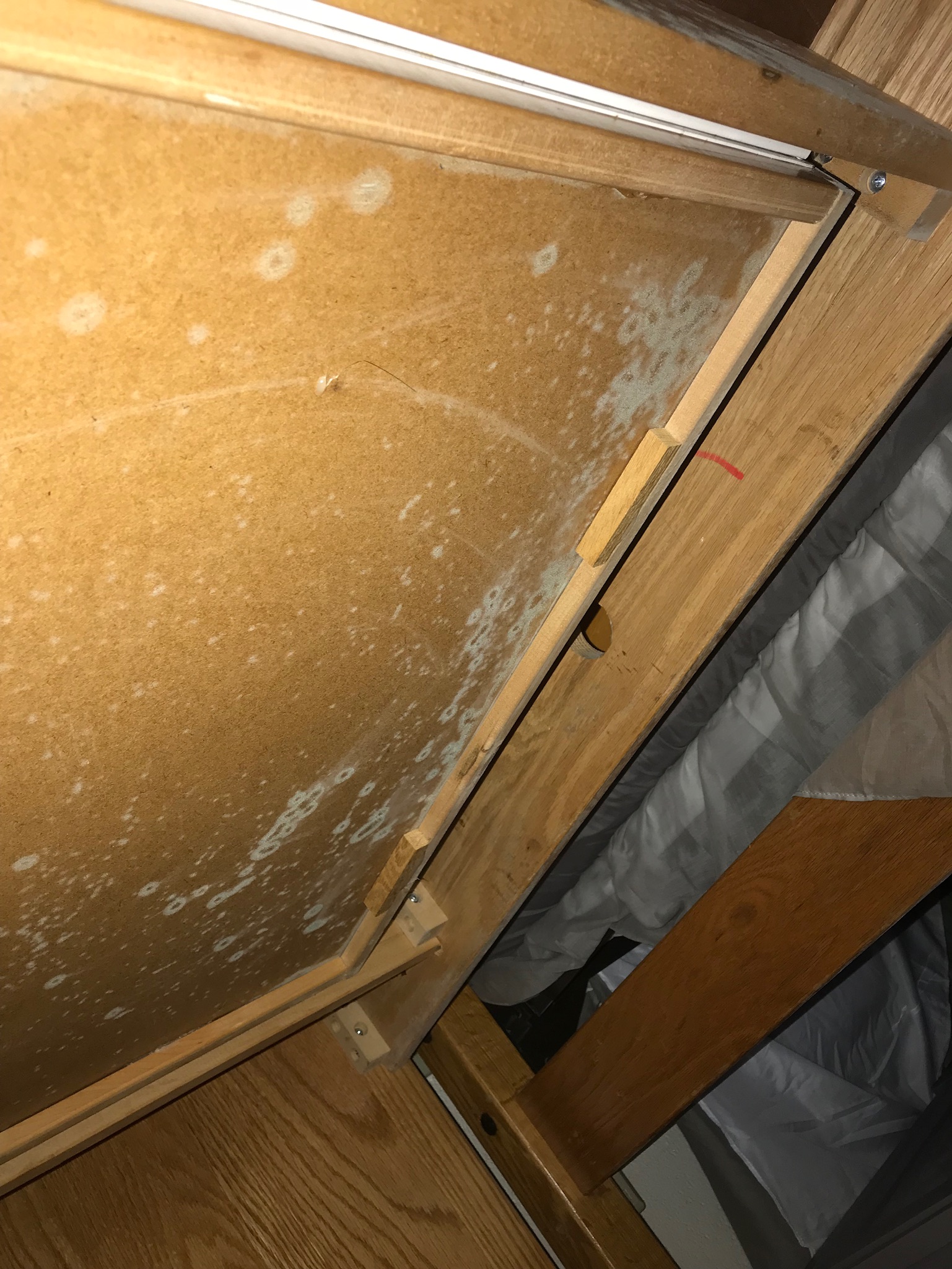 Mold spores were found in dozens of dorm rooms in Elkton Hall over the past week, leaving multiple students ill and causing their temporary relocation to hotels across College Park.

“My roommate has an allergy to mold, so this has exacerbated it … The person next to me has a mold infection,” said freshman accounting major Anne Ziolkowski, who lives in Elkton Hall. “It’s a hot mess.”

The Departments of Resident Life and Residential Facilities said in a joint statement that “the issue has been exacerbated in recent days due to significant rain and high humidity in our area.” They also stated that they “recognize and sincerely apologize for the inconvenience and concern this has caused our residents and their families.”

The statement also mentioned “isolated reports [of mold] in other residence[s],” including South Campus Commons and Bel Air Hall.

Ziolkowski first reported instances of mold on her windows and air conditioning unit in Elkton over Labor Day weekend, and Residential Facilities wiped down the moldy areas of her room. After she reported it again on Sept. 13, they returned to do the same.

Later that weekend, Residential Facilities installed temporary dehumidifiers on the top four floors of Elkton, where the department said reports had been concentrated. They also adjusted the building’s ventilation systems to reduce the flow of humid outside air to cut down on moisture in the hall, which cultivates the mold, according to the Department of Resident Life.

But through Sept. 19, reports kept adding up — with many students in Elkton noting mold on their furniture, clothing, bed frames, sheets, desks, closets, windows and air vents — so Residential Facilities began building-wide inspections in the hall.

Following that, on Sept. 21, Resident Life sent out emails to all Elkton Hall residents that they would be moved floor-by-floor over the next few weeks to the Cambria Hotel, The Hotel at the University of Maryland and the College Park Marriott while they cleaned each dorm room.

“Due to the wide occurrences of reports of mold in Elkton Hall and out of an abundance of caution, we have concluded it is necessary to thoroughly clean and remediate every room in the building regardless of whether students have reported an issue in their room,” the department said in the email.

[Read more: North Campus residents are getting a new dorm and dining hall]

Some students felt frustrated with the university’s response to the mold. They noted that much of the initial remediation did not prevent the mold from returning, and there was no communication about potential re-accommodation plans for days after reports first surfaced.

Freshman psychology major Shannon Cleary was disappointed with the response. She said she expected a better housing experience given how high her out-of-state room and board costs are.

“[My parents and I] are pretty frustrated because we’re paying so much out-of-state tuition, so much just to live in such a small room anyway, and the fact that [the mold is] literally covering our whole entire room is terrible,” she said.

Many students also reported feeling sick in the days and weeks prior to discovering the mold in their rooms. Ziolkowski said that she was diagnosed with bronchitis, which she believes is connected to the mold, and other students around her have also fallen ill.

According to the Centers for Disease Control and Prevention, mold exposure can result in a variety of symptoms — including coughing, wheezing and irritation in the throat, eyes or skin — or none at all.

Cleary and freshman finance major Ethan Tuttle reported similar symptoms, which they believe are connected to the mold. Cleary said that she was diagnosed on Thursday with a viral infection and is now using an inhaler, while Tuttle said that he was “really sick for three consecutive weeks” with a fever, chills and sinus infection.

“We should be focusing on school, not our rooms covered in mold,” Cleary said. 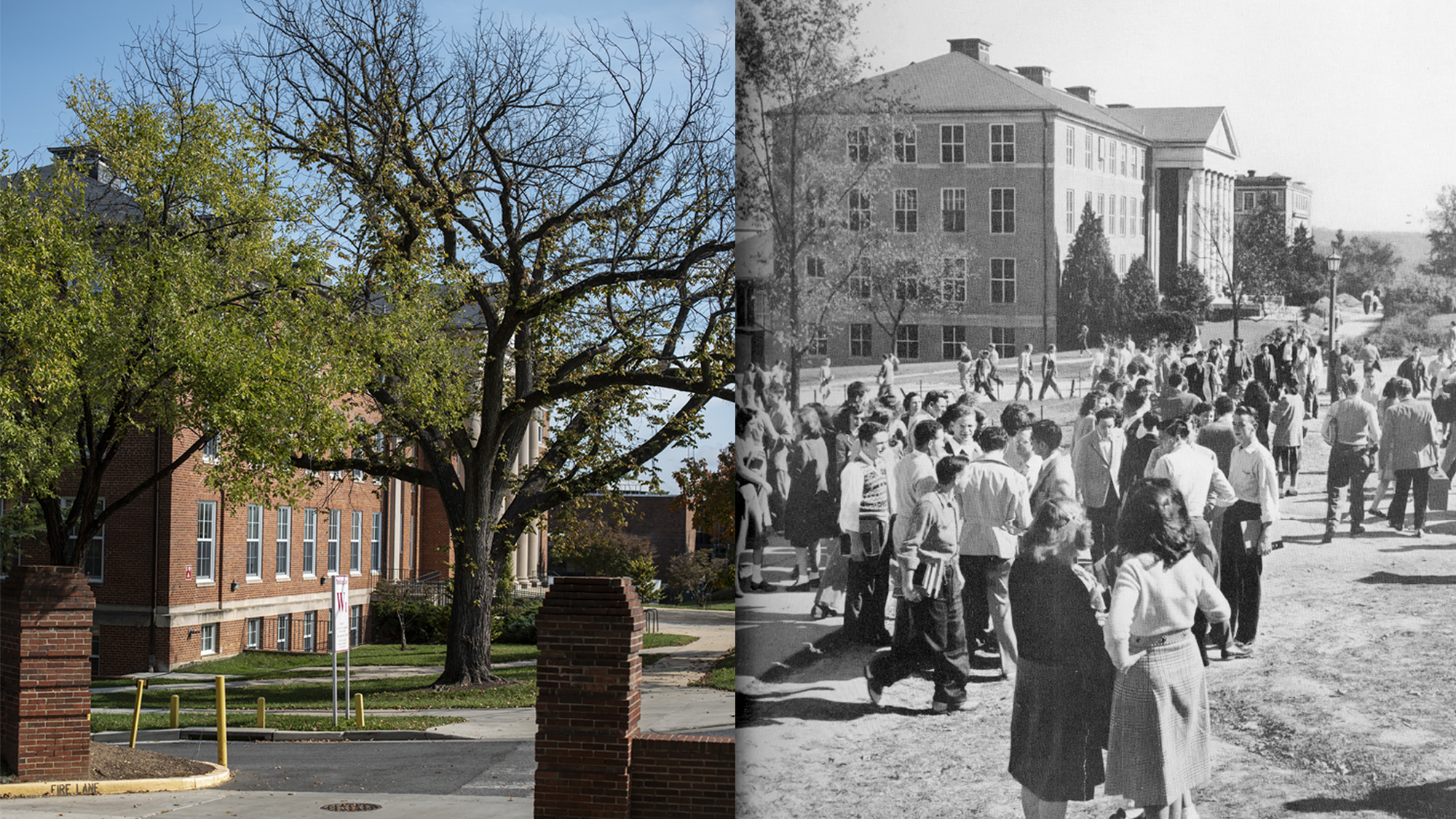 A Halloween without pumpkins: UMD fights effects of climate change on Maryland crops