Charlotte may be the most interesting member of the entomology department 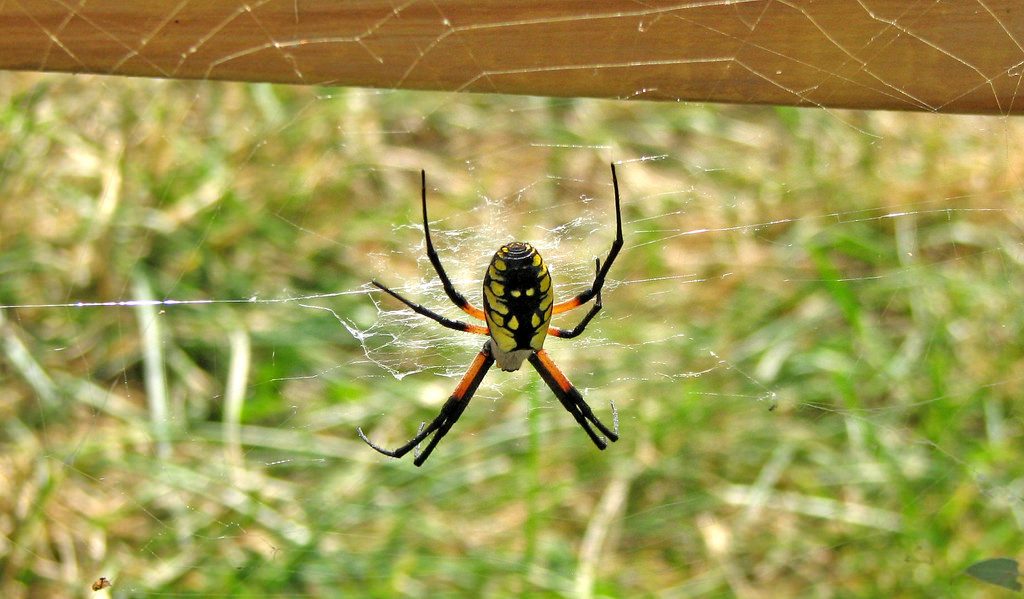 As the daily stream of people flow in and out of the Plant Sciences building, a friendly little monster lies in wait.

Charlotte, a black and yellow garden spider, is on display in that building Tuesdays and Thursdays where she can be seen hunting her prey and spinning a glorious web.

What makes Charlotte so special can be easy to miss. She isn’t an endangered species, nor is she dangerous.

“I mean I would assume if it bit you, you wouldn’t be happy,” said entomology research assistant Nancy Harding, “but it wouldn’t kill ya.”

Charlotte is an ordinary garden spider, an Argiope aurantia, one that can be found in backyards across Maryland as well as all over the United States. Charlotte was named after the well-loved character Charlotte from Charlotte’s Web, a popular children’s novel by E.B. White that gave a motherly persona to the patient spider and her delicately spun webs.

Charlotte is a special little member of the community. For the entomologists who have dedicated their lives and studies to insects and bugs, she is an opportunity to share their niche passion.

“A spider’s not an insect,” Harding said, “Let me first say that.”

But having Charlotte on display can “drum up more excitement and … understanding about the insect world,” Harding said. “It’s so diverse and so interesting.”

To members of the faculty in the entomology department, Charlotte plays an important role in breaching the gap between human and bug on campus.

Harding explained that for many students, a fear of spiders and bugs is a natural reaction. Being exposed to a beautiful and interesting specimen can lessen that fear and spark curiosity.

“The more they see it the more they’ll get used to it and like it,” said sophomore environmental science and technology major Janaye Dorsey Riley.

Dorsey Riley had not heard about Charlotte, but resolved to go see it.

Abbi Koenigsmark, a sophomore biology major, also thought having a spider on display could teach students to be more interested and less afraid.

“A lot of times people are more scared simply because they don’t see them very often,” Koenigsmark said. “But if they’re like on display in like a little cage people are more likely to … get closer and see that they’re not as scary as they seem.”

For those who can see past the natural fear spiders can produce, a world of opportunity lies beyond.

Charlotte acts as a gateway of interest to the integrated pest management studies done by the department of entomology. Integrated pest management is the practice of using a predator species to naturally remove pests instead of using chemical pesticides. It is a focal area of study for Dr. Paula Shrewsbury, a professor for the entomology department who conducts the feedings.

For students, this spider may not seem to carry the weight of the world in her web, but for those who see past her eight, hairy legs, a world of interest, studies, and careers can be found.