UMD’s food pantry is fundraising for a $1 million upgrade 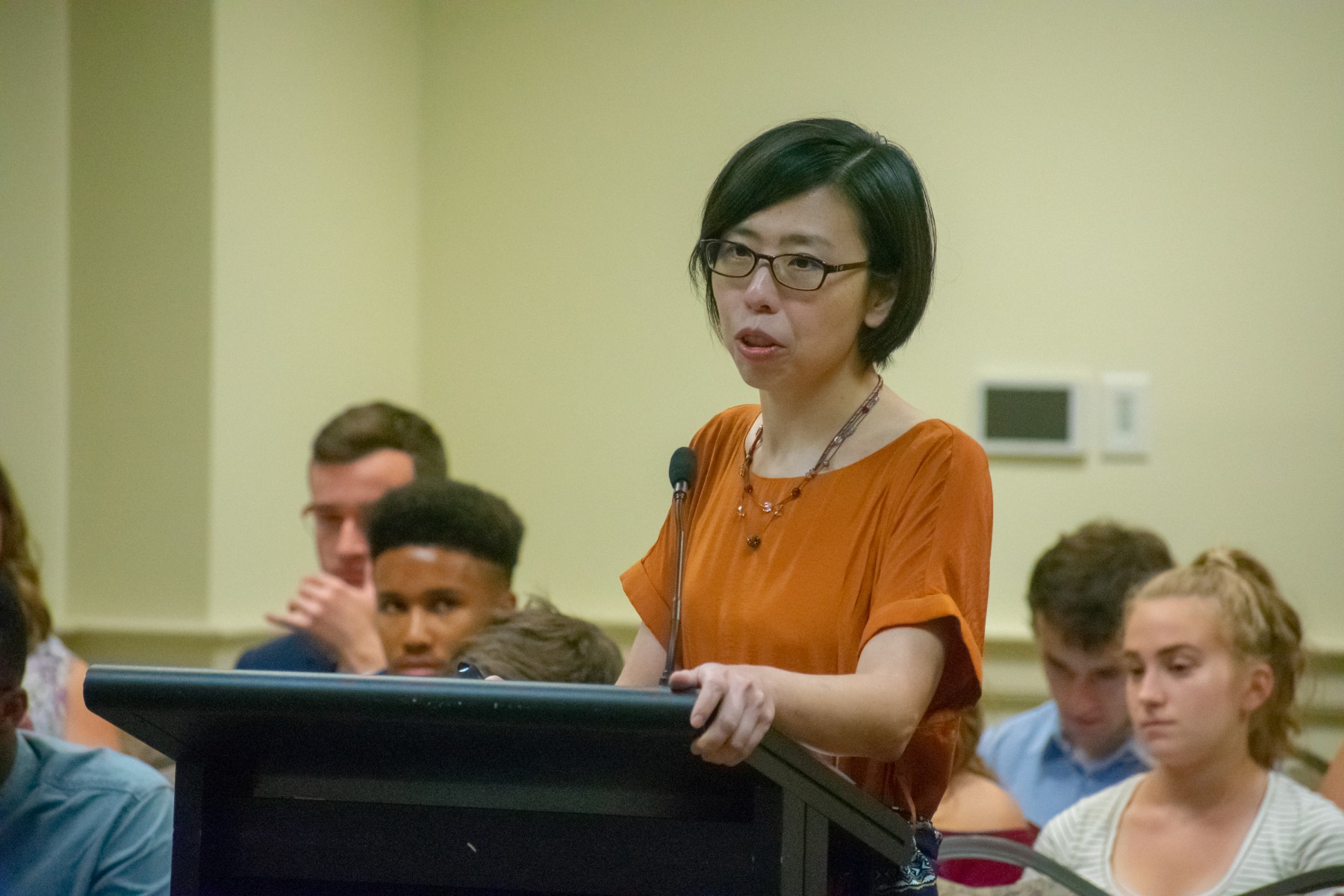 Following a study on food insecurity at the University of Maryland, the University Health Center, Dining Services and student organizations plan to take new steps to combat the issue.

The groups hope to upgrade the Campus Pantry — an organization that collects and distributes emergency food to university students, faculty and staff in need — and pursue other projects aimed at reducing the stigma around food insecurity and assisting struggling students.

“Once something happens, like an accident — their car breaks down, their computer breaks down, someone gets sick … they don’t have extra money to set aside, so they have to cut any expense they can,” Wang said.

The Health Center houses the pantry on its ground floor, in part of what used to be a conference room. But David McBride, the center’s director, wrote in an email that the food pantry is “limited based on its size.”

The Health Center is working with Dining Services to fundraise for the pantry’s expansion. The $1 million project would yield a larger space for the pantry on the ground floor, McBride wrote.

The new area would also add refrigeration, which the pantry doesn’t currently have, and possibly create a demonstration kitchen with seating so that visitors can receive instructions on how to prepare a given food, McBride wrote. They would also like to add a more discrete entrance and make the experience more like “visiting a bodega,” he added.

“The hope for the new space is to both provide emergency food and to connect students to other public benefit programs that would help to address ongoing social needs,” McBride wrote.

It may take several years to fundraise enough money to finance the project while UHC works with the Division of Student Affairs Development Office to identify potential donors, McBride wrote.

The plan follows the study on campus food insecurity, which Wang and graduate research assistant Leah Bush began last fall. In the spring semester, researchers conducted interviews with food-insecure students to follow up on the findings, Wang said. She presented those findings to the SGA at its meeting last week.

“During the interviews, we asked more questions about the impacts of food security on their health, physical and mental, and also academic experiences,” she said.

The study revealed a reluctance to ask for help and a discomfort in going to the pantry among those struggling food insecurity, Wang added.

The Student Government Association and the Innovo Scholars Consulting program — run through this university’s business school — also plan to take action based on the results of the study.

The SGA’s plan, called the Emergency Meal Fund, would allow students to apply for a card that would temporarily enable entry to on-campus dining halls for students that qualify as food insecure.

Over the next couple of weeks, Dining Services representatives will be meeting with the Student Affairs Vice President’s Office and other offices to put the SGA’s plan into action, Tadmor said.

While the Campus Pantry focuses on a long-term solution, the EMF plans to act as an immediate short-term solution.

“Ideally, the EMF and Campus Pantry will work side by side in order to help solve campus food insecurity. Both address the issue yet are intended for different audiences so that students can get a more tailored solution to their needs,” Tadmor said.

Wang also found that the food-insecure suffer from “constant worry and stress” regarding when and where to find food next which increases their risk of developing depression or suicidal tendencies. Their academic experience suffered from this as well — these students were twice as likely to dropout before degree completion than non-food insecure students were.

“It would be really important for us to find out how to reduce the stigma. They actually don’t feel comfortable asking for help,” Wang said.

In response, the Counseling Center has added questions to its annual New Student Census, withdrawal survey and client intake questionnaires this semester which will allow them to see the percentage of incoming students that are food-insecure, withdrawing due to food insecurity or in need of being connected with resources like the Pantry.

“[Food insecurity] really calls for a systemic intervention,” Wang said. “Since we have shared the study findings, we have seen a type of very positive change.”

CORRECTION: Due to a reporting error, a previous version of this story incorrectly stated that the food pantry’s expansion would take over half of what used to be a conference room. The pantry is currently housed in half of a conference room; the expansion would cover a separate area on the health center’s ground floor. This article has been updated.