Review: Carrie Underwood is as strong as ever on ‘Cry Pretty’ 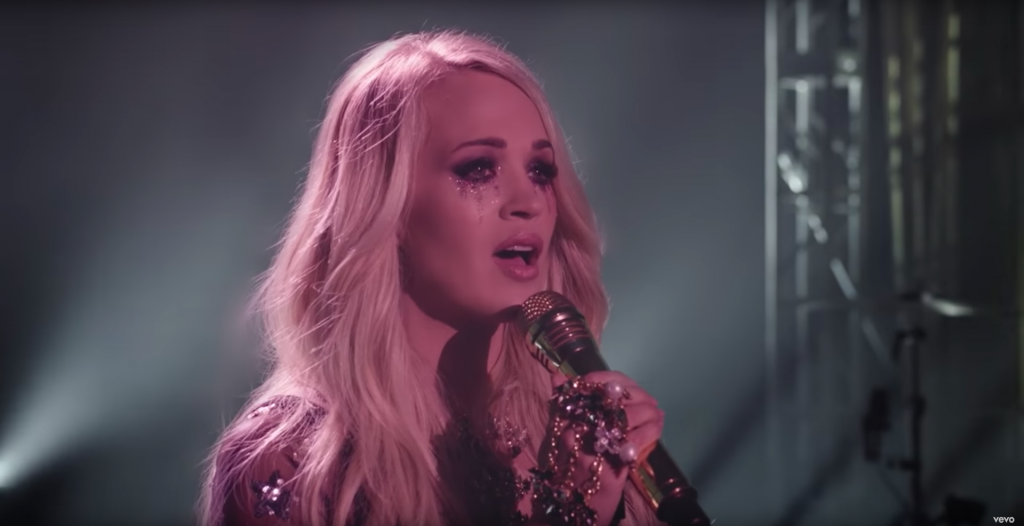 Country music can be generic. So many mainstream country songs fit the traditional stereotypes of the banjo-strummin’ ode to a truck, beer or the objectification of a woman.

However, Carrie Underwood’s latest album Cry Pretty, much like the rest of her discography, soars far beyond the ordinary daze of country twang.

Poised and mature, her sixth studio album effortlessly differentiates itself through the masterful lyricism and savvy falsettos that trademark Underwood’s undeniable talent, even over a decade after her American Idol win.

The first few lines of the opening title track serve as an affirmation for the whole album: “I’m sorry, but I’m just a girl not usually the kind to show my heart to the world.”

Underwood appropriately trades the honky-tonk of past swaggering country bangers like “Before He Cheats” or “Cowboy Casanova” for a multitude of slower songs, with the grace and conviction that come with years in the music industry. The organic sense of vulnerability conveyed throughout the entire album leaves the listener with the impression of having just sat down and talked for hours with Underwood herself.

While most songs lean toward the slower side of things, a few upbeat tracks stand out with their catchiness and dance appeal. “Southbound” is a delightfully airy ode to summertime romps in the sun, probably the most reminiscent song of the past Underwood persona. “End Up With You” is an open-minded plea for a happy ending, with simple strums of a guitar and minimalistic production to focus the spotlight on the message on the end goal written into the lyrics.

In a close race for the album’s best ballad, “Ghosts on the Stereo,” a tribute to Underwood’s late musical influences and how they have shaped her, earns the crown as her croons and coos make you want to grab a drink and listen to “Hank, Haggard and Jones” alongside her.

What truly makes the album a substantial deviation from mainstream country is its courage to delve into societal topics often taboo across genres, let alone country. “Love Wins” is an unapologetic proclamation of universal love, applicable to people of all orientations and identities. Underwood boldly comments on the testy topic of gun violence in “The Bullet,” a powerful, masterfully thoughtful piece with a message that deeply resonates with the listener.

While most of Cry Pretty proves consistently captivating, two true standouts emerge ahead of the rest. “The Song We Used to Make Love To” tiptoes along the delicate line of country-pop crossover in the most intriguing way, as Underwood passionately reflects on her past. “Drinking Alone” is a sexy slow-burner with enough grit and attitude to make it the tune you’ll be humming after a full listen-through.

By the end of it, Underwood proves on Cry Pretty that she has strategically maintained her stronghold of country regality, as this album portrays her dynamic evolution not only as a musician, but as a person as well.