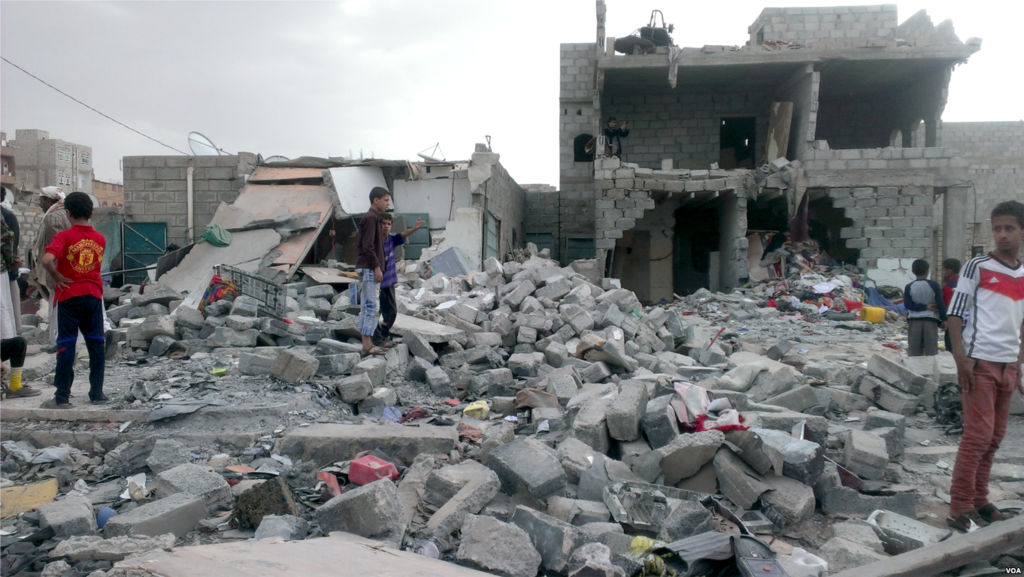 No conflict or pain exists in The Ones Who Walk Away from Omelas, a short story by the great science fiction author Ursula K. Le Guin. Omelas is an idyllic city, nearly a utopia, except for one room, in a basement of a public building, where a single child sits in darkness surrounded by his own filth. The people of Omelas know about this child and know their wellbeing is inseparable from the child’s misery.

[Read more: The US is helping Saudi Arabia starve Yemeni civilians to death]

Corporations like Lockheed, Northrop Grumman and Raytheon are profiting off the Saudi and American-led military campaign in Yemen, which is fueling the greatest humanitarian crisis since the end of World War II. This university sits on a gorgeous campus and produces world-class scholarship. But underneath that excellence lies its mutually beneficial relationship with the folks helping blow up Yemeni schoolchildren.

As I’ve written for The Diamondback before, the Saudi-U.S. military campaign in Yemen has been a human catastrophe on an enormous scale. More than 22 million Yemenis need humanitarian assistance. It’s caused the largest cholera outbreak in modern history and has taken the lives of 113,000 children since 2016.

The conflict, however, has been very good for the American defense industry. While meeting with Saudi Crown Prince Mohammed bin Salman, Donald Trump (not known for subtlety) flashed a large sign depicting various weapons contracts between American weapons manufacturers and the Saudi government.

Raytheon’s weapons were used to kill 23 people at a wedding in Yemen earlier this year, and more than 140 people at a funeral in the summer of 2016. Raytheon is also a tenant at this university’s new Discovery District, a cornerstone of university President Wallace Loh’s plan to make College Park the “Silicon Valley of Maryland.”

Lockheed made a minor news splash last month when one of its bombs blew up a Yemeni school bus, killing 40 young boys and eleven adults. This university recently renewed its “strategic partnership” with Lockheed, and several of its executives have served on university boards, including two former CEOs, one former president and two former vice presidents.

A Northrop Grumman subsidiary, Vinnell Arabia, has provided training for the Saudi National Guard since 1975. The corporation is currently paid hundreds of millions of dollars to work with the national guard and Royal Air Force. The Northrop Grumman Foundation partnered with this university to create the Advanced Cybersecurity Experience for Students honors program, which has received millions in Northrop cash.

[Read more: Yemen has a new chance to end its brutal civil war]

There’s something deeply wrong here. It’s hard to think of something more depraved than cashing in on a conflict that, in 2016, killed one child every 10 minutes. That this university benefits from its relationships with these companies is a moral emergency.

A whole body of social science research suggests that non-cooperation is extremely hard. That doesn’t make it any less mandatory. If this university is to take its non-cooperation duty seriously, it must sever all ties with companies contributing to the carnage in Yemen. No money should exchange hands. University administrators shouldn’t gladhand defense executives. Nothing.

Theologically, I don’t believe a university can have a soul, but pretending it does is a useful exercise. If what’s at stake is this university’s soul — its moral core, its spiritual essence — would we continue to cooperate with evildoers simply out of inertia? Would we point out that these companies have a broader portfolio than profiting off humanitarian atrocities? Would we insist that, without defense contractor cash, the university simply couldn’t go on? For the sake of the university I love, I hope not.