Review: ‘Sierra Burgess Is a Loser’ is just plain disturbing 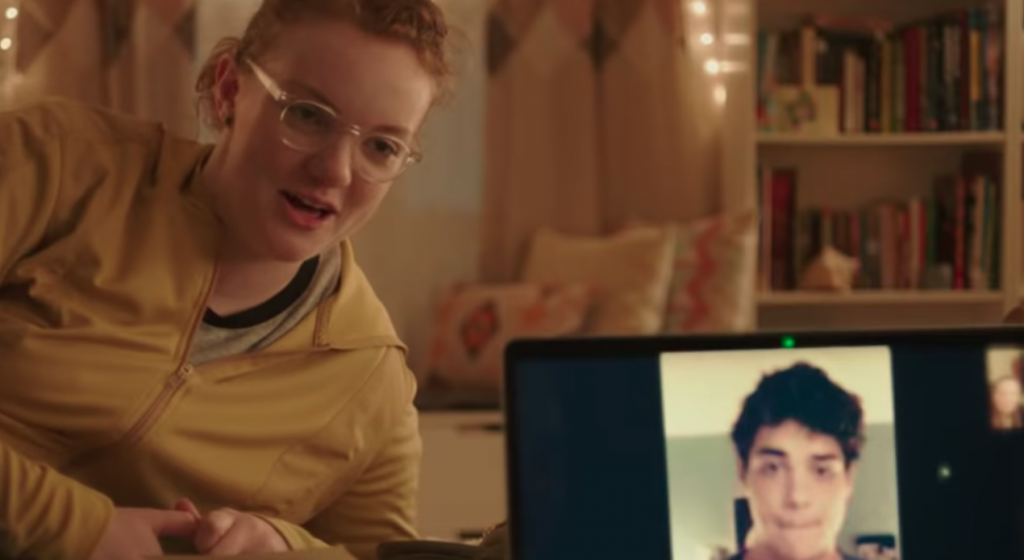 Following the massive success of recent romantic comedy To All the Boys I’ve Loved Before, hopes were high for Netflix’s next foray into the genre, Sierra Burgess is a Loser. Unfortunately, Sierra comes off as more disturbing and cringe-worthy than heartwarming and uplifting.

When the plot starts, so do the disturbing actions. After Veronica gives Sierra’s number to the rival high school’s hot quarterback Jamey (Noah Centineo), Burgess unknowingly begins a burgeoning romance with Jamey, who thinks he’s talking to Veronica. Sierra, not wanting this relationship to end, enlists the help of Veronica to help her catfish Jamey by sending selfies and video chatting with him for her, in exchange for tutoring Veronica to seem smarter for her own boy-toy.

You feel obligated to sympathize with Sierra, but it’s almost impossible to feel that way, despite her hardships. Whether it’s her holier-than-thou attitude or simply the mediocre acting Purser brings to the role, you’ll have a hard time building an emotional connection with the protagonist.

Despite Sierra’s perpetual unlikability, there are some more relatable characters worth rooting for. Veronica’s character growth from the all-powerful queen bee to a kind friend of Sierra’s makes her seem more like the protagonist than Sierra by the movie’s end.

Dan is the comedic relief of the film and often Sierra’s only source of sensical information — his witty banter with her leaves the viewer wondering why he wastes his time with a friend who’s so unreliable and unlikable.

The worst sin committed by this film is the portrayal of Sierra’s actions as justifiable and somehow reasonable, when in fact they’re nothing more than predatory and terrifying. Although Veronica originally put Sierra in the position of catfishing Jamey, Sierra continues this practice, deliberately leading him on an elaborate, twisted lie.

When Sierra gets Veronica to go on a date with Jamey, they have him close his eyes so that he thinks he’s kissing Veronica, but instead kisses Sierra, unknowingly and nonconsensually. In addition to the predatory actions, Sierra proves problematic again by distastefully impersonating a deaf person and humiliating Veronica in front of the whole school for her own selfish reasons.

The film majorly gets this narrative wrong by rewarding Sierra with her own story and saying the actions she took to get what she want were justifiable, when, no matter what background you come from, these actions are simply morally wrong.