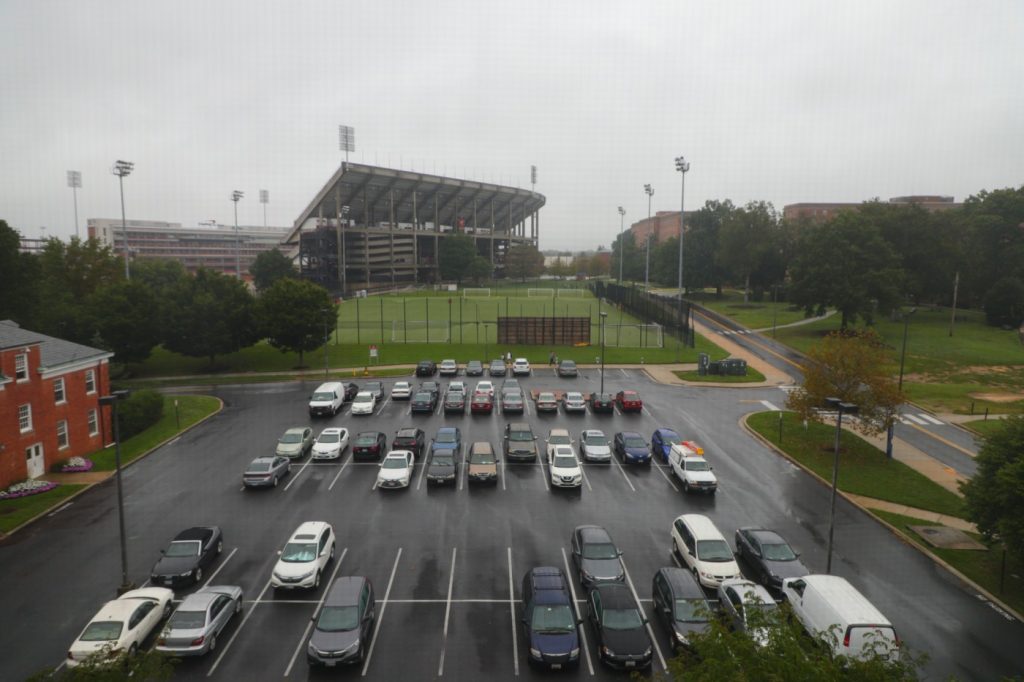 Construction on two new dorms and a dining hall on North Campus is set to begin at the end of the spring 2019 semester, a University of Maryland official said.

Facilities Management is “pretty confident” that construction will begin by then, said Bill Olen, the department’s executive director of design and construction. The project, which is expected to cost about $136.5 million, will be funded entirely by the university.

The new dining hall and one of the two dorms will be constructed on the Varsity Practice Fields, and the other dorm will be built on the south side of La Plata Beach — the side closest to the current dining hall. The two buildings will house a combined 900 students.

The construction plans come amid crowding concerns in university residence halls. This summer, university officials announced dorm lounges would be converted into rooms to accommodate the overflow.

But these new facilities aren’t part of the plan to address the overcrowding, said Department of Resident Life spokesperson Tracy Kiras.

“This project is meant to be replacement housing for some of our older facilities,” she said. “It’s not going to increase our inventory overall.”

Kiras specifically named Carroll, Caroline and Wicomico Halls in the North Hill community as dorms that may be replaced, due to how much it would cost to renovate them.

Teams using the Varsity Practice Fields will move indoors to Cole Field House by spring 2019 to make way for the construction.

The dorm near La Plata Beach could be complete as early as November 2020, while construction of the dining hall and other dorm will finish several months later, Olen said.

“The dining hall design is more complicated,” Olen said. “It has a lot of plumbing and mechanical issues [to work out].”

The new dining hall will seat about 1,100 students and have a study space in the basement, Hipple said. The dining hall will be constructed to better fit the demands of the Anytime Dining system.

“I think [the current dining hall] does Anytime Dining just fine,” he said. “I don’t think there’s a need to put a whole new diner in its place. I guess it’s just another way to stay updated and keep up.”

Once the new dining hall is operational, it will replace the 53-year-old North Campus Dining Hall, Hipple said. The current dining hall will remain a student affairs building, but its future use beyond that has not been determined.

“That’s really old for a building that’s used as consistently and as hard as that building has been used,” he said. “It’s wearing out.”

Construction preparations, such as setting up construction trailers, will begin in the spring, Olen said.

“We’ll hold off on disruptive activities until after the [spring] semester,” he said.

Part of the new dorms could be reserved for students in a living and learning programs, but it’s too early in the process to make that determination, Kiras said.