It’s been 3 years since Maryland football’s loss to Bowling Green. It still haunts me. 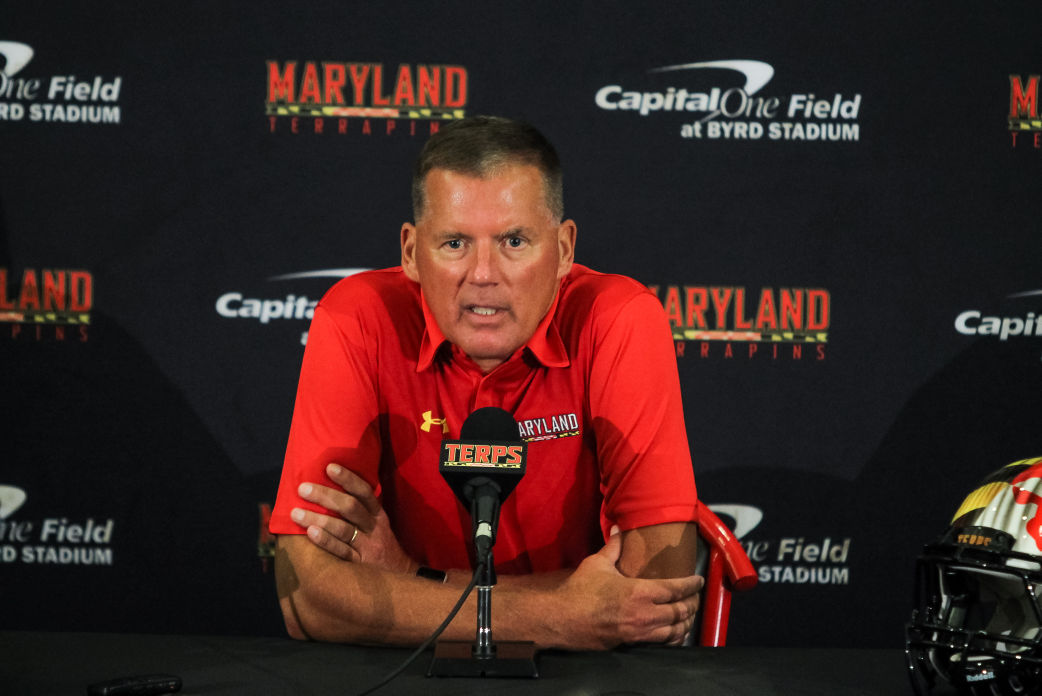 As a senior at Maryland, I’m beginning my fourth year of attending games as a student.

During this time, I’ve had the chance to see some thrilling and memorable wins for Maryland’s sports teams in person.

I’ve seen Melo Trimble’s iconic farewell to Xfinity Center as well as that time Iowa was good enough for their meeting with Maryland to be a clash of two teams in the top 10, which the Terps won.

And most recently, Maryland’s win over Texas made my hour waiting around in the FedEx Field concourse during a weather delay absolutely worth it.

To really appreciate just how disastrous this game was, please enjoy this screenshot of the last three drives of the game for the Terps, and the last four drives from the Falcons.

In a sequence that amusingly matches what Texas did against Maryland last weekend, the Terps had each of their final three drives end in a turnover. They averaged 12 yards on those drives, while Bowling Green scored three touchdowns and then just ran out the clock on their victory over a Power 5 opponent.

Here’s the interception that proved to be the final dagger to any hope Maryland had of winning:

On top of the TD-INT-TD-INT-TD-INT sequence of shame, this game also featured a 99-yard Bowling Green touchdown drive. Brad Craddock and the punt coverage unit went through the effort of downing a punt at the 1-yard line, and it was for nothing.

There’s also something about this game that you can’t learn from the box score or play-by-play data, but nonetheless added to my misery: it had a 55-minute weather delay.

Most students who attended the game weren’t going to wait around for an unknown amount of time for the game to resume, so they left.

I lived in Ellicott Hall as a freshman, right across the street from Maryland Stadium, so I stayed in my dorm checking the Big Ten Network. When they announced the game was back on, I returned to the stadium to see if the Terps could become 2-0.

It was an especially disappointing second football game to attend as student when contrasted to the home opener, when Will Likely racked up 296 yards between his kick and punt returns as Maryland handily beat Richmond 50-21. I knew not everyone would be as bad as an FCS team like Richmond, but I wasn’t expecting such a drastic shift between facing an FCS team and facing a mid-major like the Falcons.

Of course, with three years of hindsight, we know the Falcons deserve credit. They finished their season 10-4 and became champions of the MAC. They were a mid-major, but they certainly weren’t the kind of mid-major that might as well just be in FCS.

They were also coached by Dino Babers, who got hired by Syracuse before the 2016 season. The Orange haven’t had a winning record in his first two years in the New York, but last year he led his squad to a massive upset of then-defending national champion Clemson.

Regardless, I don’t think you should be losing to a team in the MAC if you’re a Big Ten team coming off back-to-back winning seasons.

I’ve seen Maryland get run off the field by the Big Ten’s elite football programs and witnessed the men’s basketball get absolutely shredded by a Michigan men’s basketball team that would make the 2018 Final Four. Men’s hoops blew a 13-point lead to then-No. 6 Michigan State last year, and women’s hoops came frustratingly close to knocking off then-No. 1 UConn before falling six points short the year before that.

I’d also like to shoutout the men’s soccer game I attended during Hurricane Joaquin because they were giving out a free shirt, only to see the Terps lose in overtime to Northwestern.

However, none of those are the worst Maryland sporting event I’ve attended so far as a student.

That honor goes to the time I stayed until the final whistle to see Maryland give up nearly 700 yards and lose to a MAC team.