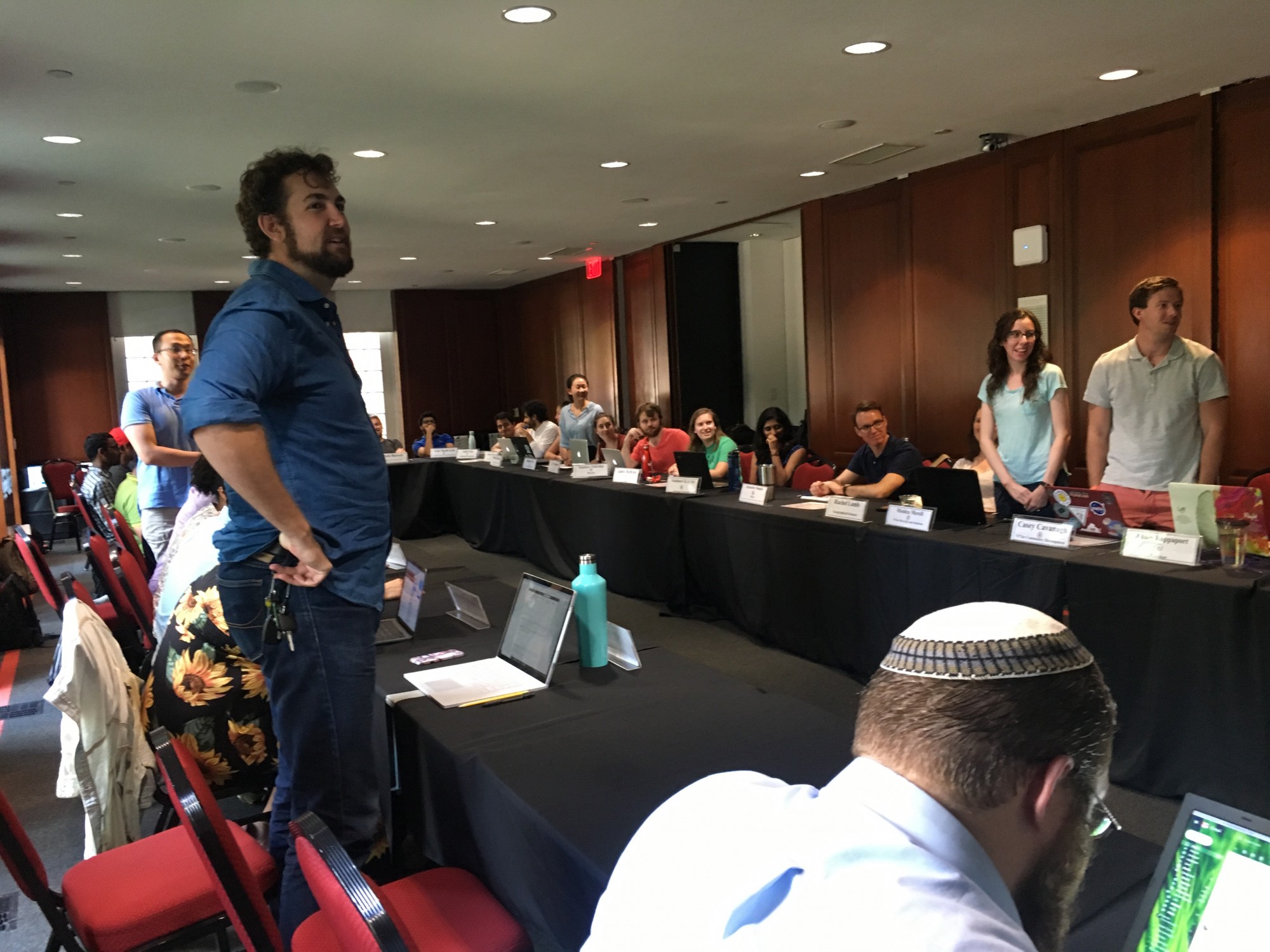 The positions were left vacant after no one ran for them in the Graduate Student Government’s May election, and they received no nominations at the group’s meeting in June.

In her speech to the group before being elected, Lamb promised to form relationships with the people who make decisions that affect graduate students.

“That means attending meetings in College Park with the mayor of the city council, that means going to Annapolis or meeting with legislators who might be able to introduce new bills that might affect us, that means potentially expanding our outreach to Congress at the federal level,” she said.

[Read more: Annie Rappeport will be the University of Maryland’s GSG president]

For more than five years, graduate student labor activists have pushed for collective bargaining rights for graduate assistants at this university. In April, a bill that would have granted graduate student workers these rights failed to make it to the State House or Senate floor in time for a vote.

GSG representatives chose Shawna Dias as public relations vice president over Ellen Buckley. Dias, a communication doctoral student, was in charge of volunteer recruitment for American Red Cross of Massachusetts for seven years before coming to this university.

Dias promised to strengthen the group’s presence on social media.

“The beautiful thing about social media is that it’s free,” she said.

After swearing in the group’s members at the beginning of the meeting, Assistant Graduate School Dean Jeffrey Franke urged representatives to be advocates as well as activists — that is, to not only protest the graduate school’s actions, but also collaborate with the administration to make change in the coming year.

“From my experience working in the past, I think we lacked the advocacy element,” Franke said.

The relationship and communication between the GSG and this university’s administration was poor under the leadership of Stephanie Cork, Franke added. Cork was the group’s president from 2016 to 2017 before she was found to have violated its bylaws and was impeached.

But Katie Brown, a representative for the communication department, argued that change comes when people “rattle some rafters.” She held up the graduate school’s announcement in April that graduate assistants will receive a 2 percent stipend increase in January as example.

Brown added that she plans to propose a resolution in support of collective bargaining to the body.

“The only reason why we got the things done we got done last year was because we pushed,” she said. “Because we made noise. Because we were aggressive. Because we took them to Annapolis. Without that sort of disruption, things don’t get done.”