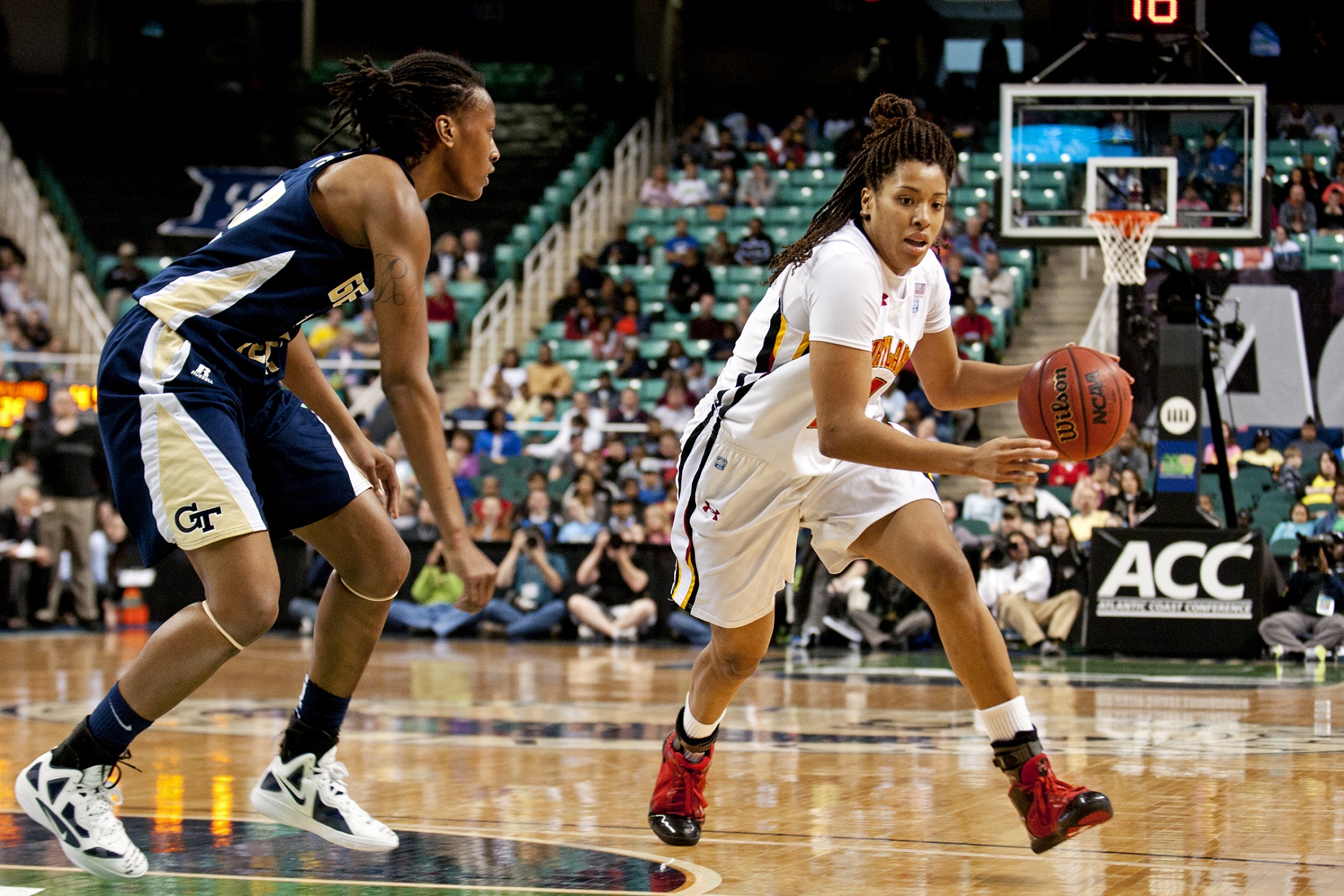 Maryland women’s basketball has had its share of championship performances. Now, with the Washington Mystics securing a spot in the WNBA Finals, three former Terps have another shot at a championship for a team that plays awfully close to College Park.

Kristi Toliver, Tianna Hawkins and Shatori Walker-Kimbrough have all helped the Mystics reach their first finals in franchise history, beating the Atlanta Dream in Game 5 of the semifinals Tuesday.

As they prepare for their series against the Seattle Storm, Hawkins and Walker-Kimbrough are looking to capture their first WNBA title. Toliver, in just her second season in Washington, won a title with the Los Angeles Sparks in 2016. All three have had championship success in the past.

While at Maryland, Toliver was a critical part of Brenda Frese’s lone national championship run in 2006. You may remember she hit this monumental shot.

Meanwhile, Hawkins was a member of the 2012 squad that won the ACC tournament and reached the Elite Eight.

Walker-Kimbrough is in just her second year in the WNBA but was with the Terps during their dominant transition into the Big Ten, when they won three straight conference titles.

The Mystics’ trio of Terps aren’t the only notable players for Maryland fans to keep an eye on as the WNBA crowns a champion. The Storm have their own member of 2006’s title-winning squad: Crystal Langhorne. So no matter who wins these finals, at least one former Terp will be celebrating a championship.

But if we’re being honest, it’d be probably be cooler to see three Terps win a title for a team that plays in the DMV. Sorry, Crystal.