Can Maryland upset Texas again? We asked two Longhorn writers for the lowdown on the team. 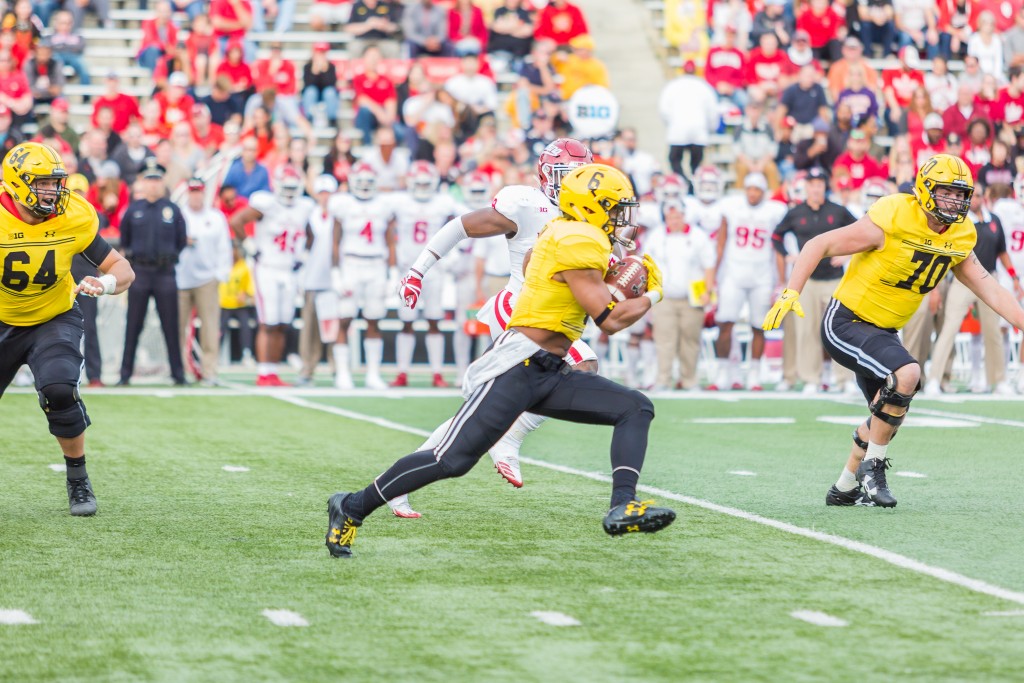 On Saturday, Maryland football’s 2018 season will begin with a matchup against No. 23 Texas at FedEx Field. To learn more about the Longhorns ahead of the game, we reached out to the Daily Texan’s Alex Briseño and Ross Burkhart. Our conversation has been lightly edited for clarity.

How do the expectations for Tom Herman’s second year differ from his first year?

The expectations are fairly similar, to be quite honest. I’ve seen a lot of media members pin Texas at 9-3, which is exactly the same as last season’s predictions. But at this point last year, Texas fans were begging for anything better than 5-7. The loss to Maryland in the season opener didn’t allow fans to hold onto their unrealistic expectations for too long, so the 7-6 finish with a bowl win over an SEC foe was definitely celebrated.

Now that the Longhorns finally ended a season about .500, though, Herman is expected to reach at least eight, if not nine wins. They have a season-defining four-week stretch where they play USC, TCU, Kansas State and Oklahoma. If they can get out of that at 2-2, or better, 9-3 is a very realistic.

I think the offensive line figures things out under Herb Hand, the recent offensive line coach hire from Auburn. I also think this team will learn how to finish. That alone could allow Texas to pull an upset off against USC or Oklahoma.

Our prediction for the Longhorns is a 9-3 record and a trip to the Alamo Bowl.

Texas has the No. 3 freshman class in the country after getting the No. 25 class last year. How much has that changed the mood of the program?

Throughout fall camp, there’s been a lot of talk about the impact that some of the true freshman will have right away.

One player specifically is safety Caden Sterns, who’s going to start right away for defensive coordinator Todd Orlando. He was raved about over the first few days of practice, which only added to the hype surrounding this new group of Defensive Back U members.

Another noteworthy freshman is running back Keaontay Ingram, who’s expected to get touches early on in the season because of the committee at the position. Last year, Texas struggled to find one running back who could stand out over another. If we see more of the same over the first few weeks, Ingram could have a chance to take the lead role at the position.

Many of the veterans on the team, like wide receiver Collin Johnson and cornerback Kris Boyd, have talked highly about this recruiting class over the last few weeks. The level of community between the upperclassmen and newcomers seems to be high so far.

Sam Ehlinger has been named Texas’ starting quarterback. Was that considered a controversial decision, or was there widespread agreement he should start over Shane Buechele?

Herman’s decision to name Ehlinger the starter was not a controversial decision –– at least, that’s how it looked from the outside. I’ve talked to people close to the program and several media members along with fans, and they all predicted Ehlinger would be under center on Sept. 1.

That said, Shane Buechele reportedly had a great fall camp. Fans have grown concerned after Herman said the chances of Buechele’s number getting called at some point during season are high.

Another season of a two-quarterback system is the last thing Texas fans want to see, so I would expect the Longhorn faithful to have a little more patience with Ehlinger. Obviously, that probably won’t be the case for the coaching.

Which player do you think Texas will have the hardest time replacing this season?

This might sound absurd, but anybody who has watched film of this player knows that it is completely logical to say that punter Michael Dickson will be the player Texas has the hardest time replacing this season. The Ray Guy Award winner and Texas Bowl MVP flipped the field every time he took the field.

The good news for Texas, though, is that Dickson’s cousin, freshman Ryan Bujcevski, is also a punter, and is on the roster this year.

Maryland ran for 263 years in its upset win over Texas last year, and the Terps’ top four running backs all returned this season. Do you anticipate another big day on the ground for Maryland or has the Longhorn run defense improved?

While Maryland is returning two stellar running backs this year that already torched the Longhorns last year, I would be surprised if they matched the 260-yard performance.

After the opener last season, Texas’ defense improved tremendously and became the backbone of the team. Over the Longhorns’ final 12 games, opponents rushed for an average of 94 yards.

I imagine Maryland will once again rely heavily on Ty Johnson and Lorenzo Harrison, and they’ll surely cause problems for Texas, but I think anything above 200 yards would require a complete lack of preparation in the defensive unit.

Fill in the blank: Texas wins this game if…

…the defense can run the tables.

Even though Ehlinger has had a full offseason in Tim Beck’s offense, I think the outcome of this game will depend on how the defense performs in stopping Johnson and Harrison, who can always cause issues for defensive coordinators.

The offense looks improved this fall, but I wouldn’t bet on them putting up 40 points in week one. For a Texas victory, the defense will have to prove that they’re prepared right from the start.