Why did it take UMD so long to care about Jordan McNair’s death? 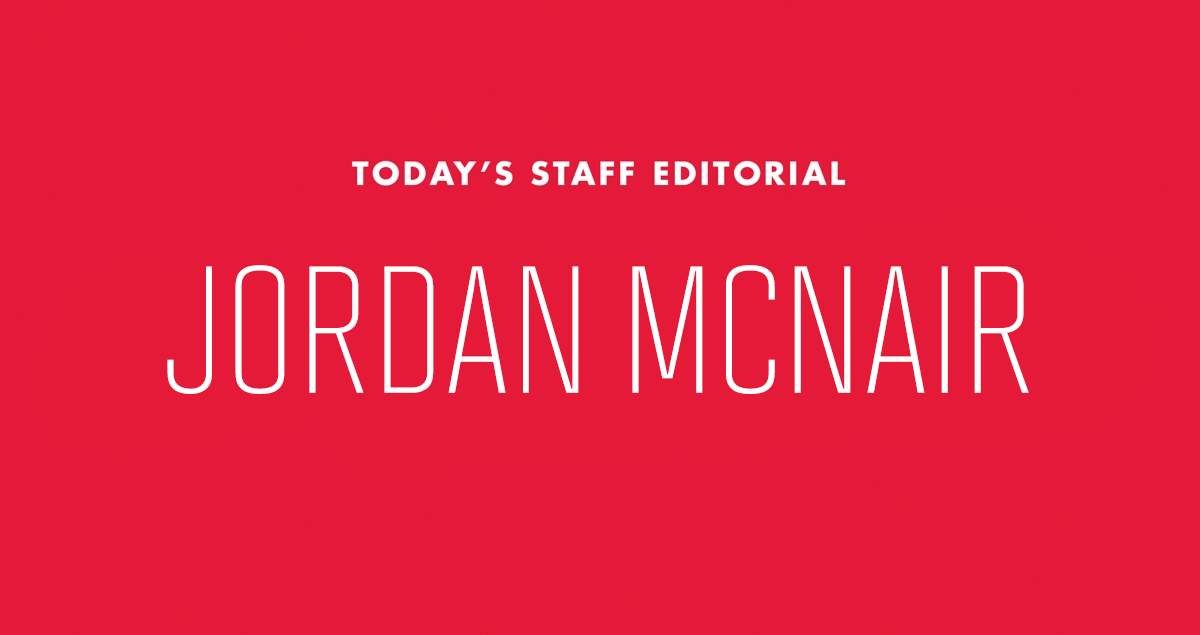 It’s been abundantly clear for weeks — to anyone capable of connecting the dots — that the death of Jordan McNair was due to some level of failure by the University of Maryland football staff.

This wasn’t just a student-athlete dying. This was a student-athlete dying from an ailment he suffered on the practice field, that has a 100 percent survival rate when properly treated. Such a tragedy warrants a swift response to show everyone — players and staff, as well as fans and the public — that what happened was unacceptable and won’t happen again.

Yet it wasn’t until the last few days that the university took any meaningful action in response to McNair’s death. Before then, the school — from President Wallace Loh and the administration on down to the athletic department and the football staff — inexplicably acted as if McNair’s preventable death had never happened.

The university’s mind-boggling decisions over the past two months not only spectacularly failed to abate the massive scandal McNair’s death has now rightfully caused, but also may result in additional tumult for the athletic department and the school as a whole.

Given how little information the university has provided in the wake of McNair’s death — the school hasn’t even confirmed that he had heatstroke, much less died from it — it’s tough to say precisely what the appropriate response would have been. But it’s obvious what an inappropriate response would look like, and it’s exactly what the school did: allow the same coaches and staff to continue overseeing the same workouts and practices.

After McNair’s death, the university made all football workouts voluntary and began looking for a contractor to externally review the program. Until this weekend, when bad press forced the university to put coach DJ Durkin and three other staffers on administrative leave, the school took no action that indicated it had any problem with McNair dying of heatstroke suffered at an organized team workout.

And what was the result of the university’s inaction? After some early inklings of possible reform — such as a team meeting in June where players could speak their mind about the program, and less taxing workouts in June and July — fall camp started up the same as ever. In an ESPN report published Friday, several players said the practices this month had been just as intense as they were before McNair died. One player remarked that it “just seem[ed] like regular business.”

Despite a player having just suffered fatal heatstroke in the care of the university’s coaches and trainers, the rest of the team continued under their supervision. In allowing that, the university completely disregarded its students’ well-being and showed no respect to McNair himself, whose death was apparently so unavoidable — or so unimportant — that the university saw no need for immediate redress.

Rewarding the person leading a department that’s just gone under investigation is emblematic of the university’s complete obliviousness to the severity of what happened on the varsity practice fields May 29. With a lawsuit likely on the way, there will be plenty of discussion in the coming months about who should or shouldn’t be fired; it’s entirely possible that Evans will lose his job due to something that the university knew about before hiring him.

Those discussions should have begun within the university months ago. Instead, for weeks and weeks, despite all the evidence pointing to a student dying after being mistreated by school employees, the university did essentially nothing. That showed an utter ignorance of the magnitude of the situation and a staggering incompetence at all levels.

For all the lurid and new allegations in the ESPN articles — a trainer yelling “drag his ass across the field,” a coach throwing weights at players, a player being forced to overeat to the point of vomiting and much more — none were any more damning than the basic fact of the case, which was never in question:

It took two months for anybody to care.