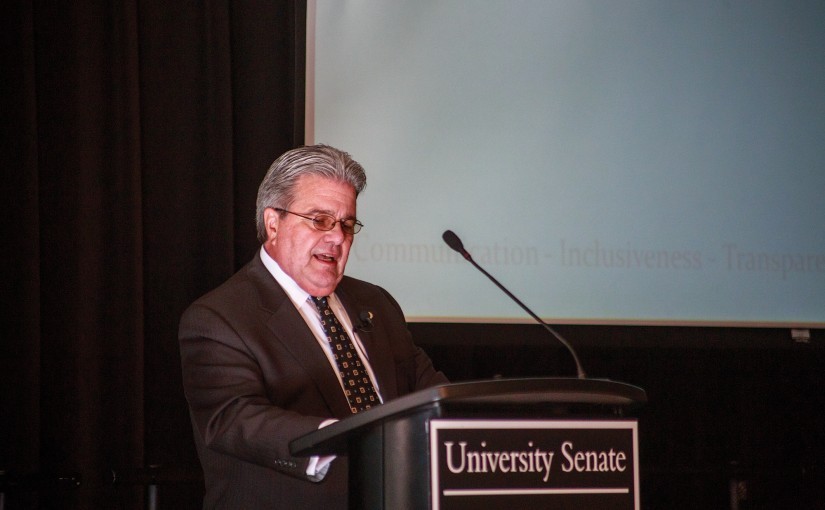 On Tuesday, the Trump administration announced they had rescinded Obama-era policies regarding affirmative action. Obama’s guidelines encouraged universities to consider race as a factor in admissions in order to diversify campuses across the nation. Trump’s reversal of the policies is an egregious step backward in American higher education.

Affirmative action — one of the historical byproducts of the Civil Rights Movement — was meant to provide minority groups and women a chance at a meaningful education. In a modern context, affirmative action doesn’t mean admissions offices blindly accept unqualified minority applicants, but it does encourage admissions officials to look at the student holistically and to include race as a factor.

Thankfully, the University System of Maryland will continue to use race-conscious factors in the admissions process. In a statement, system chancellor Robert Caret said, “Fostering diversity and inclusion in our classrooms and laboratories is a critical part of our efforts to prepare Maryland’s and the nation’s future leaders.”

This decision is a commendable reaction to Trump’s denouncement of affirmative action. By continuing to factor in race, the system truly shows how committed it is to diversifying its student bodies, a lead that more university systems should follow.

Those who oppose affirmative action suggest that admissions processes should be race-blind. This kind of thinking only perpetuates systemic injustices and inequalities that minority students encounter, from language barriers to financial hurdles. Black students are underrepresented in higher education. According to a study about the black-white wealth gap, 23 percent of black Americans have at least four years of college under their belt. Yet for white Americans, it’s 38 percent.

[Read more: Some UMD schools have diversity problems, and we’re not addressing them]

Affirmative action acknowledges these inequities and encourages institutions of higher learning to better recruit minority students ­— whether it be through campus support programs or financial aid. In addition, diverse classrooms help build tolerance among students and prepare them to work with colleagues physically and intellectually different from themselves in the workforce.

Trump’s backward step in education policy is one that will unfortunately be felt by scores of minority students seeking resources to attain higher education. Encouraging an admissions process that is essentially colorblind throws away the struggles and successes of students of color in the past and at present. As this country grows as a melting pot, so must the schools in which we train our future leaders. We can’t do this without affirmative action.