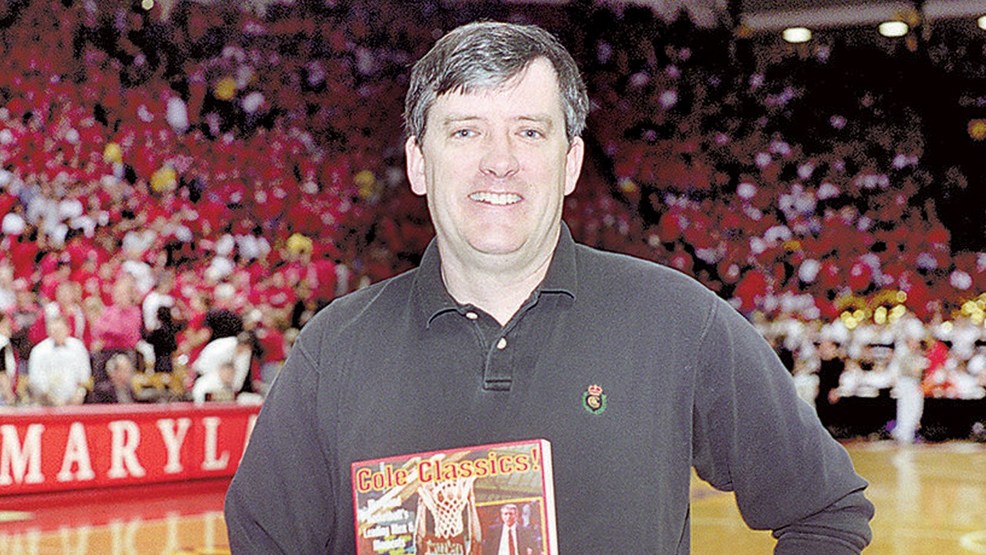 John McNamara wasn’t just a basketball writer. As Pete Bielski recalled, he was a pretty good player, too.

When they were intramural teammates at the University of Maryland, McNamara was known as a left-handed shooter and a physical presence on the court.

“He was a tiger out there,” said Bielski, who worked with McNamara on The Diamondback’s sports desk. “For some reason we got into some A league, and we lost most games by 20 points-plus, but it wasn’t because of John.”

A 1983 graduate of this university, McNamara — or “Johnny Mac” as some called him — used his vast sports knowledge to launch a decades-long journalism career that began at The Diamondback and included stops at The Washington Post, the Prince George’s Journal and finally The Capital Gazette, where he wrote about sports and politics for more than 20 years.

McNamara, 56, was one of five Capital Gazette staff members who were shot and killed on Thursday in a targeted attack against the paper’s newsroom, according to police. Among those five, McNamara and editorial page editor Gerald Fischman were alumni of this university and this newspaper. A third, Rob Hiaasen, was a journalism lecturer here.

Bielski, who worked as a Diamondback sports and opinion editor, admired how McNamara was able to balance fandom with fairness. As a Maryland native, McNamara loved the Terps, but his coverage was always impartial.

“His enthusiasm for all things Maryland was probably unsurpassed by most guys in the [Diamondback] newsroom, that’s for sure,” Bielski said. “But at the same time … there’s a certain bit of objectivity that you have to have in order to be an effective sportswriter. He was really challenged by that dynamic, but he was able to pull it off.”

McNamara served as a staff writer, assistant sports editor and managing editor for features at The Diamondback from 1980 to 1983. He is survived by his wife of 33 years, Andrea Chamblee.

Rick Holter, The Diamondback’s editor in chief for the 1982-83 academic year, remembered McNamara as a generous colleague with a dry wit.

“John was always the wry guy that would step back and shoot you a comment out of the side of his mouth that was generally wise and almost always hilarious,” Holter said. “He was in his early 20s, but he seemed to have the wisdom of a 40-year-old.”

McNamara put his wealth of sports knowledge to use on two books about Maryland athletics. One followed the history of the Maryland football team, and another, cowritten with David Elfin, highlighted notable men’s basketball players and games held at Cole Field House.

University archivist Anne Turkos assisted McNamara with his research. He spent months using this university’s archives as a resource for his writing, and “was very excited about all the things we provided him,” she said.

Turkos and McNamara became friends, meeting up at men’s basketball games for years. He remained committed to the school, she said, and was particularly interested in the ongoing effort to digitize old issues of The Diamondback because of his time working at the paper.

“If we ever needed to get in touch with him, he was always willing to be of assistance,” she said. “Just an all-around terrific person to work with.”

McNamara covered Maryland sports at the Prince George’s Journal and The Capital for more than 20 years. Through the highs and lows, the upset victories and blowout losses, the move to Xfinity Center and the switch to the Big Ten, he would be there to get the story.

During the 2010 NCAA tournament in Spokane, Washington, McNamara spent time walking and talking with men’s basketball coach Gary Williams. The Hall of Famer came to admire McNamara for his love of the sport.

“I really enjoyed getting to know him from that angle,” Williams wrote in a release. “You could tell he had a real joy for his profession.”

And McNamara would share that joy with his competitors. As a sportswriter, he was known for making young reporters feel comfortable when other, more experienced reporters were dismissive.

When Connor Letourneau started covering Maryland men’s basketball for The Diamondback in 2010, he found it a little intimidating to be competing with veteran sports writers. But McNamara took him under his wing, reading Letourneau’s articles and providing feedback to help him improve as a writer.

“Of course I’m going to read everything [professional journalists] write, because I’m a student journalist and I’m trying to learn from them,” said Letourneau, a 2013 graduate of this university. “But someone who had been in the area covering college and professional sports for decades at that point was reading my stuff on a daily basis. [That] really stuck with me. It said a lot about him.

“He just really cared about people. He wanted everyone to do well.”

Letourneau, who now covers the Golden State Warriors for the San Francisco Chronicle, recalled running into McNamara just before graduation. McNamara congratulated him on landing a fellowship at The Oregonian.

“It was a brief conversation, but I remember the next day he emailed me just reiterating how happy he was,” Letourneau said. “The fact that he went that extra step to email me — not a lot of people would do that. That’s just the type of guy he was.”