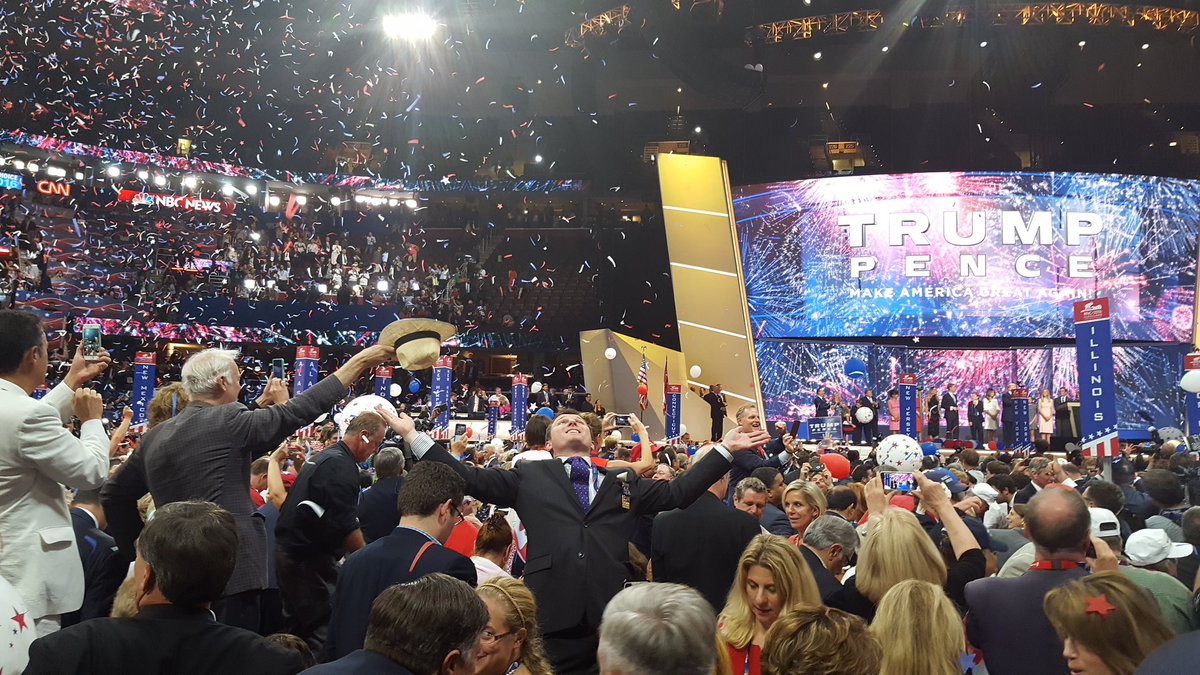 One of the occupational hazards of being a college opinion columnist is that, during your undergraduate years, many of your thoughts are liable to be stupid. And while tweets can be deleted and pseudo-intellectual dining hall conversations forgotten, opinion columns persist in the not-too-generous world of the internet.

Because I’m not immune from this malady, my name is attached to some very dumb takes. In The Diamondback’s pages, I’ve suggested that Barack Obama should’ve escalated the American military presence in Syria and compared excessive road salt in Washington, D.C., to 9/11.

[Read more: A libertarian leader can save the GOP from white nationalism]

But there’s one column that stands out as particularly embarrassing. In this piece — which I wrote almost exactly one year ago — I argued the cure for white nationalism in the GOP was a libertarian leader like William F. Buckley.

My argument exhibited a deep misunderstanding of the Republican Party and conservatism as a whole, so I thought it would be useful, on this one-year anniversary of My Worst Column, to roast my own work.

The argument misses the many ways in which libertarianism and white nationalism are complementary — not competing — strains of thought. On one level, they are merely two shades of a broader ideology: conservatism.

Corey Robin, a scholar of conservatism, has an elegant definition of the ideology that connects historical figures like Edmund Burke to contemporary politicians like Sarah Palin and Donald Trump. He believes that conservatism is, in its essence, a defense of hierarchy, an opposition to democratizing and liberating forces and a counter to revolution. Conservatism represents those who feel their power is under threat and want to reassert their influence.

Within this framework, libertarianism and white nationalism represent two sides of the same conservative coin. Libertarians feel threatened by democratizing or socializing forces within the economy. They defend the agency of the capitalist and land owner and demand the subordination of the tenant and wage worker. Similarly, white nationalists fear the assertion of nonwhite power and convince themselves that whites are experiencing great political and social loss.

Buckley was a skilled conservative thinker because he wove together both libertarian and white nationalist grievance. One of his most lasting intellectual creations was the “bootstraps” argument, which opposed anti-racist public policy by arguing that white immigrants were able to come to the United States and “pull themselves up by their bootstraps.”

The bootstraps argument is also frequently wielded against proposals that create a more just economic system, using white folks’ desire to maintain racial hierarchy to serve the interests of wealthy capitalists. In this way, libertarian conservatism and white nationalist conservatism work in tandem to prevent American life from becoming more equitable and democratic.

Libertarians have a history of deplorable racial politics. Former congressman and perennial presidential candidate Ron Paul frequently published newsletters with racist content. One article suggested that 95 percent of black males in Washington, D.C. were “semi-criminal or entirely criminal.” His son, Rand, has often flip-flopped on whether he supports the Civil Rights Act of 1964.

In recent years, former self-described libertarians like Gavin McInnes, Chris Cantwell and Richard Spencer have become prominent members of the alt-right, suggesting the existence of a “libertarian to alt-right pipeline.”

Perhaps this isn’t surprising. Libertarianism, after all, is largely based on the premise that everyone rationally advances their self-interest. People who are attracted to this may also fall prey to ideologies — like white nationalism — in which groups or tribes ruthlessly serve their collective interests.

As Robin has noted, libertarianism is infected with the Nietzschean valorization of the will, the domination of obstacles, the celebration of personal ambition. Those impulses — uninterrupted by notions of love or mutual care or social obligation — aren’t unfriendly to nationalism.

So the best way to eradicate white nationalism isn’t to endorse another conservative, hierarchical ideology. The best enemy of the atrocious is the good, not the slightly-less-atrocious. White nationalism should be met with a broad, multiracial, social democratic coalition that opposes unjust hierarchies and the ideologies that defend them.

Max Foley-Keene, opinion editor, is a rising junior government and politics major. He can be reached at opinionumdbk@gmail.com.