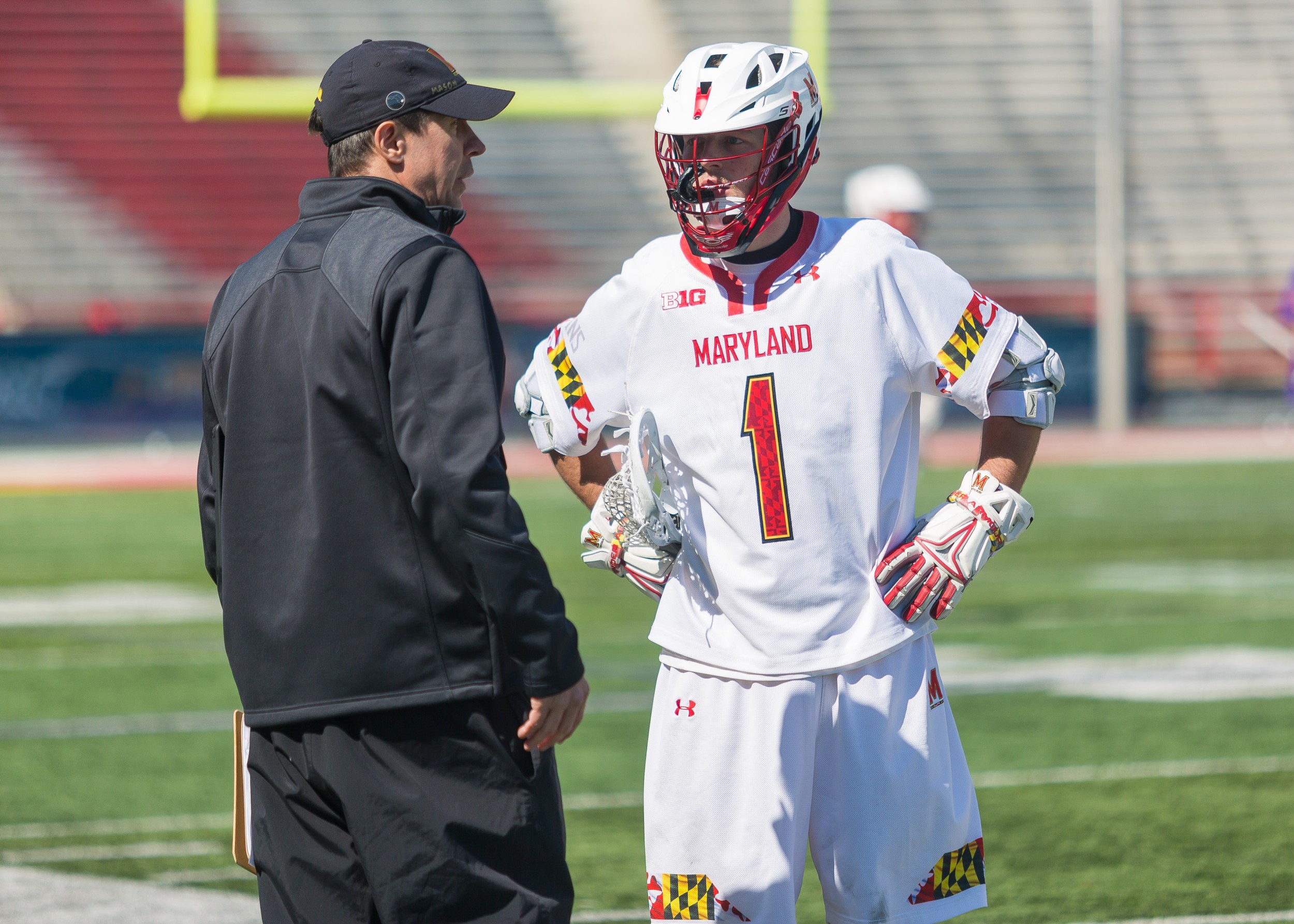 FOXBOROUGH, Mass. — In the waning minutes of the third quarter in the NCAA semifinals, Duke attackman Reilly Walsh fired the ball beyond Maryland men’s lacrosse goalkeeper Dan Morris. He then clenched his fist and banged two fingers onto the opposite arm, celebrating his first and only score of the game.

Reilly’s goal was the second in a Blue Devils four-goal spurt at a crucial point in the contest. The No. 1 Terps had scored four unanswered to make it a one-goal game. However, that was as close as they came to completing the comeback. Reilly’s strike all but put the game out of reach.

Coach John Tillman’s team was forced to watch as the Blue Devils celebrated their upset victory. For the first time in four seasons, the program that midfielder Connor Kelly said has set the standard in collegiate lacrosse failed to secure a spot in the championship game. Still, while the Terps will look toward 2019 without Kelly and defenseman Bryce Young, the team’s trip to Gillette Stadium should prove valuable in the coming months.

“This is the best program to be a part of, for any high school players, middle school players,” Kelly said. “Just hard-working, resilient and just so unselfish.”

That much was clear against the No. 4 Blue Devils, who fell to Yale in the championship game. Maryland appeared outmatched for the first 18 minutes, facing a daunting six-goal deficit for the first time this season. But then, the Terps’ youth provided a spark. Attackmen Jared Bernhardt and Logan Wisnauskas each scored twice. Midfielder Bubba Fairman made it 8-7 in the third, and attackman Anthony DeMaio gave Maryland momentum with a score four minutes into the second.

But the Terps’ performance in the game’s opening moments was consistent with its efforts in its other losses, other than its loss to Albany, which included a 5-0 Great Danes run during a fourth quarter in which Maryland failed to win a faceoff.

“Very proud of our guys for jumping — executing really well offensively early on, withstanding the run that you knew that Maryland was going to make,” Danowski said.

Though Maryland will be without Kelly, who paced the Terps attack with 46 goals and 36 assists, and Young, who emerged as one of the conference’s best defenders, Maryland should be positioned to secure a top five preseason ranking.

Faceoff specialists Austin Henningsen and Justin Shockey will have another year of experience. Bernhardt, Wisnauskas and Fairman combined for 101 goals. Corley will become Maryland’s top defenseman. The team’s biggest concern should be replacing Morris.

Without the production of Matt Rambo and Colin Heacock and the lockdown defense of Isaiah Davis-Allen and Tim Muller, Maryland advanced to its fifth consecutive final four. With another year of experience, the youthful Terps might have been able to overcome the large deficit against the Blue Devils. But in 2018, the flaws on the roster were too significant.

“I just love this group, and this group has been really tight,” Tillman said. “You know, we really kind of rallied around everybody not really giving us a chance, and I don’t fault anybody for that. We lost some amazing players, three first-teamers, some strong personalities. So there were a lot of holes to fill.”