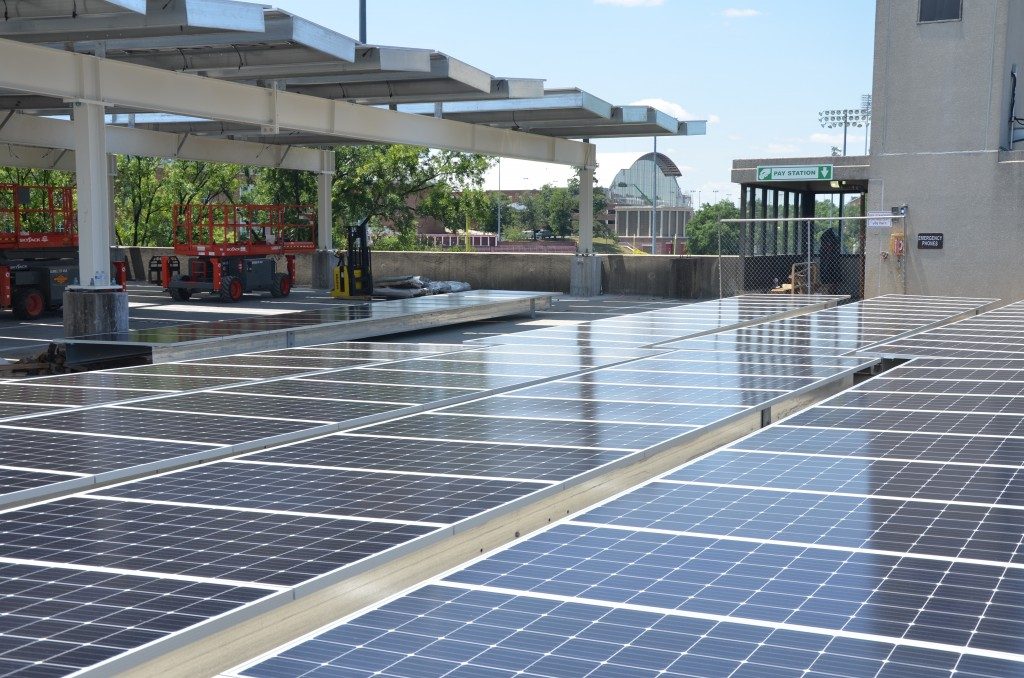 The U.S. Energy Department awarded more than $2 million to a team of University of Maryland professors and graduate students to lead a research project aimed at lowering the cost of solar energy systems.

Alireza Khaligh, the project’s lead researcher, said this university had a unique idea to redesign the model of the systems’ power transfer.

Their plan is to design microinverters — devices that allow solar modules to transfer their power to the electrical grid — in a way that is three times more cost-efficient, he said.

An inverter is a device that converts power for use. Traditionally, large solar farms use inverters to connect their output to the grid, but this university’s idea was to connect solar modules to a smaller inverter, said Khaligh, an electrical and computer engineering professor.

In combination with new manufacturing techniques and projected reduction in component prices over time, the type of circuit they are using is more cost-effective, reducing the microinverter’s price, said Michael D’Antonio, who is on the project team.

Developing solar energy is important because it could reduce dependence on fuel and other polluting energy sources, D’Antonio said.

“The sun is available across the U.S. and is almost essentially a free resource to be utilized for power generation,” the power electronics graduate student said. “Everyone that lives in their own home has a roof that could be used for solar generation.”

The team will start working on the three-year project — one of nine announced by the Energy Department with the goal of cutting the cost of solar energy in half by 2030 — in August. Similar projects are being conducted at educational institutions across the country, including the University of Arkansas, Georgia Institute of Technology and North Carolina State University.

Akshay Singh, also a power electronics graduate student on the research team, said the team’s diversity and breadth of knowledge helped them secure the grant.

Along with this university’s professors and graduate students, a professor from Washington State University and engineers from SunPower — a partner in the project and a leading solar producing company — will be working on the team, Singh said.

“It’s like a synergy of a lot of people with very different expertise areas,” Singh said. “That is definitely one of the reasons we got the award.”

D’Antonio said they designed the product to have a low maintenance cost and high reliability, making it cheaper and more accessible to consumers. Eventually, Khaligh added, the product will be made available to consumers on a large scale.

After we finish the project and we can show it’s exactly what we promised, then [SunPower] will take it and manufacture it and commercialize it,” Khaligh said. “If we want to go renewable, we need to make sure the cost of these new systems is competitive to the cost of traditional coal power, or even cheaper.”