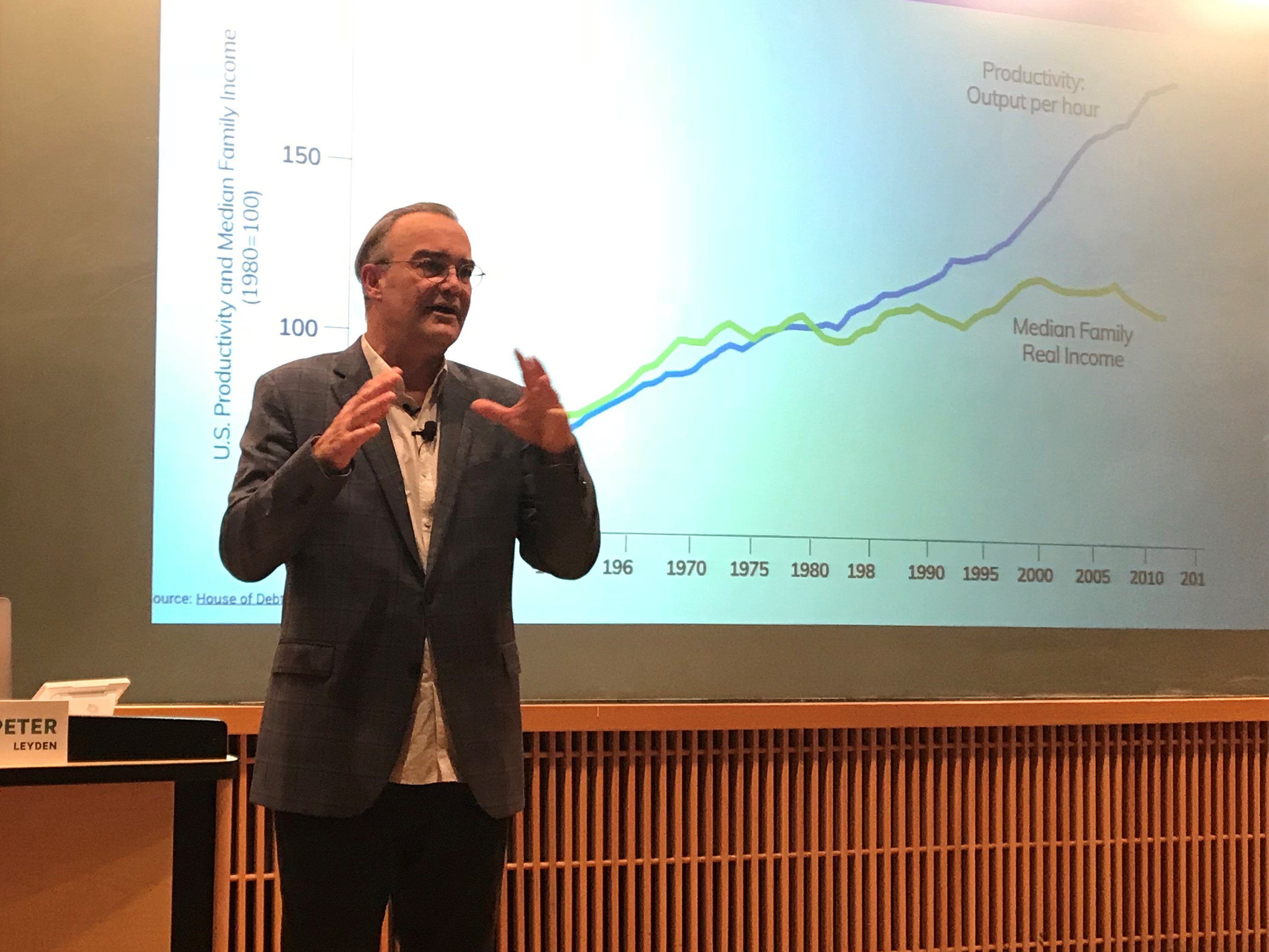 The former managing editor of Wired magazine laid a positive vision for 21st-century American innovation Wednesday during the keynote of the Makeover Montgomery 4 Conference, addressing digitization, artificial intelligence and the importance of prioritizing the millennial generation in the economy.

In his address to about 100 attendees at the University of Maryland’s architecture school, Peter Leyden described “deep structural changes of new technologies” like artificial intelligence “that break up the old way of doing things.”

He said he wanted to “connect the dots in all obvious fields that are having a big impact on cities in the future” through advancements in varying topics of technology.

Leyden said it’s projected that “by 2030 about 30 percent of all American jobs will be fundamentally changed” through innovation of AI technology.

In the future, there would have to be a “rethink” to figure out what “humans do well, what computers do well, what robotics do well,” Leyden said, adding, “It’s going to work out.”

Leyden’s keynote kicked off a three-day conference hosted by this university’s National Center for Smart Growth and its urban studies and planning program as well as the Montgomery County Planning Department.

The conference is held every two years and draws local experts in architecture, science, real estate and other fields to discuss “cutting-edge ideas,” according to the event’s website. Previous conferences have discussed transportation and suburban development.

Gerrit Knaap, executive director of the National Center for Smart Growth Research and Education and the event’s organizer, said the conference is “intended to be a glimpse in the future of cities.”

Leyden discussed digitization of the U.S. economy and noted that the top companies in the world are now tech companies like Amazon and Apple.

In comparison, the five most valuable companies in 2000 were “manufacturing, oil, financial services, [and] retail,” Leyden said.

Jeff Wu, an information studies doctoral student, said he was surprised that the top companies in the world are all tech platforms.

“We need to think about what technology means in our society because it’s not just the internet,” Wu said. “How it affects our life is very key to the change.”

Leyden is the founder and CEO of his own San Francisco-based media company, Reinvent, which uses video conferencing to encourage discussion about topics such as technology, economics and politics, according to the company’s website.

He stressed the importance of prioritizing millennials in the economy because they are “tech-savvy, collaborative [and] civic-minded where previous generations were cynical.”

“It is a millennial world now, and boomers don’t really matter in the global generation,” Leyden said. “If you plan for the future, you have a plan for millennials. … Don’t plan for the boomers.”

“I took away a hopeful feeling for the first time in a long time. I feel hopeful about the future … and especially my role in the future,” she said. “Everything that he talked about are things I really care about.”