If UMD cares about proximity to D.C., why is DOTS cutting the weekend 104 bus? 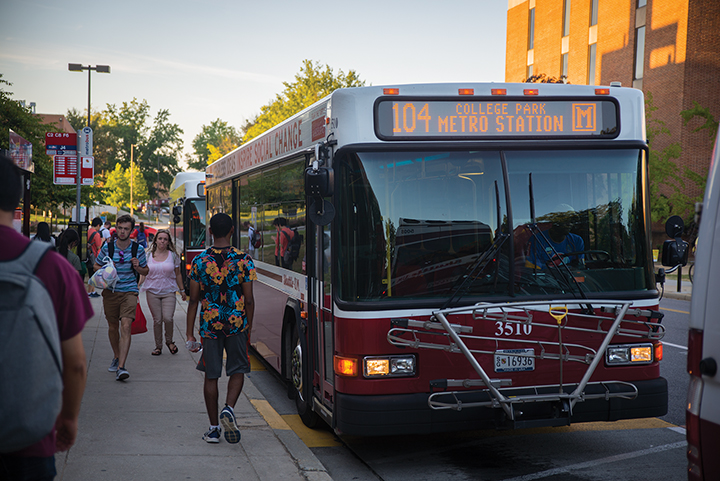 Last week, DOTS told University of Maryland students about changes to the shuttle system that will go into effect over the summer. These changes include cutting and reducing several routes during both weekends and weekdays. While I understand budget cuts can’t be avoided and the Department of Transportation Services has to work with what it has, I would implore them to reconsider cutting the #104 College Park Metro Station shuttle on the weekends.

All the bus routes are useful to students, but the #104 is so widely used that cutting it would be the most harmful. This university touts many great amenities and advantages for students, one of which is its close proximity to Washington, D.C., opening up prospects for internships and jobs.

Spending time in Washington, D.C., on the weekends is also an important aspect of living on this campus. Access to the city allows students to make use of a variety of educational and social opportunities. Students shouldn’t be expected to walk or call an Uber every time they need to get to the Metro station, particularly in freezing temperatures or stormy weather.

The bus provides a quick, easy and free option for on-campus students, but it’s equally important for commuter students. About 60 percent of the undergraduate student body doesn’t live on the campus, and part of this population uses the Metro to get here.

While increasing the wait time for the #104 by three minutes on weekdays likely won’t have a huge effect on students, cutting the weekend hours will reduce accessibility for commuter students. Do we just deny these students equal access to performances at the Clarice Smith Performing Arts Center or other campus events on the weekend?

This university also has a huge population of in-state students: In the fall of 2017, 75.7 percent of undergraduates were in-state. Many students go home for the weekend at least a few times a semester, myself included. I rely on the Metro to get me there and back — and in turn I rely on the #104 to get me to the College Park Metro station.

When I return to campus Sunday afternoons, it will be a great inconvenience to not have a shuttle to take me back. This might seem like a small inconvenience for one person, but I am certainly not alone in relying on the shuttle to travel home.

I appreciate that cuts have to be made and DOTS is doing the best it can, but cutting the #104 on weekends is shortsighted. This university prides itself on its proximity to Washington, D.C., but it’s disingenuous to sell this proximity to prospective students while making it more difficult to get there. Of the 23 shuttle routes DOTS currently has running, the #104 is not the one to cut.