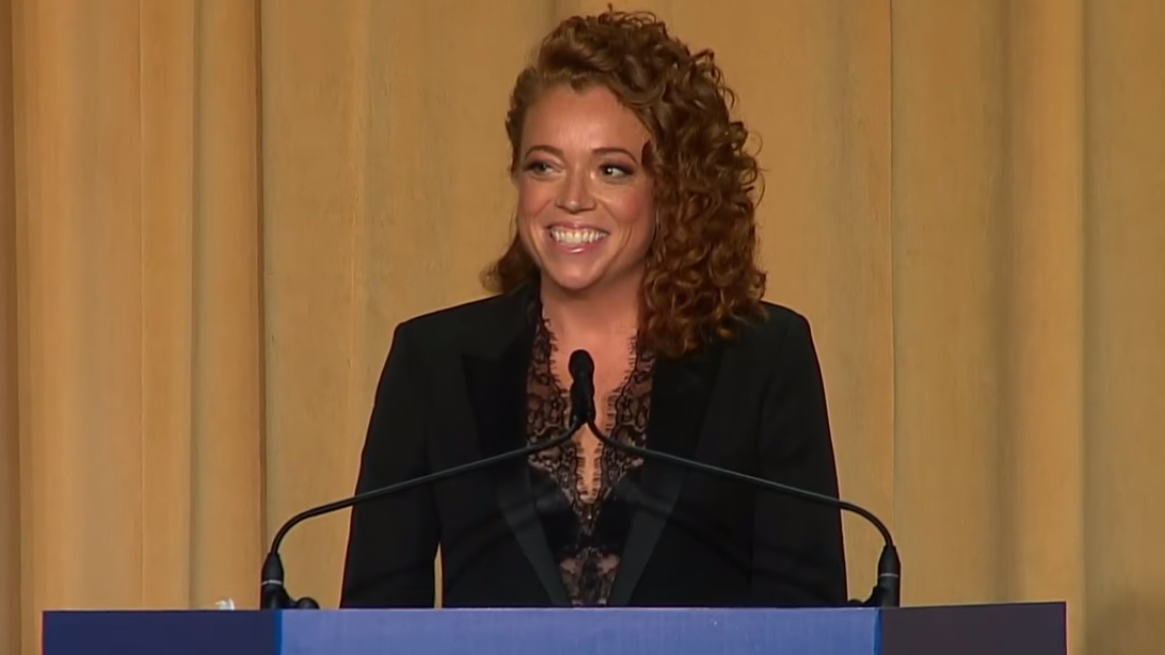 Whether you loved it or hated it, comedian Michelle Wolf’s monologue at the White House correspondents’ dinner certainly drew a lot of attention. Not surprisingly, President Trump failed to show up to the event for the second year in a row. That did not stop Wolf from taking shots at several people in the audience, many of whom work for or used to work for the president. Although Wolf did get in some witty one-liners, many of her jokes were downright cringeworthy.

Sarah Huckabee Sanders took some of the hardest hits from Wolf. Instead of a fair critique of Sanders’ performance as press secretary, Wolf chose to go for low blows about her makeup and looks. With Sanders awkwardly sitting just a few feet away, the comedian went in with jokes like, “She burns facts, and then she uses that ash to create a perfect smokey eye. Like, maybe she’s born with it, maybe it’s lies.” Wolf also compared Sanders to Uncle Tom, “but for white women who disappoints other white women.”

[Read more: The era of Trump has brought with it an unprecedented style of political comedy]

Granted, Sanders probably attended the dinner knowing full well she might be a target of Wolf’s jokes. As the comedic act of the night, Wolf had the right to poke fun at her audience. But going after Sanders’ physical appearance resembled bullying more than comedy.

It wasn’t just the jokes aimed at Sanders that were met with awkward laughter and uncomfortable silence. When speaking about abortion, Wolf joked, “don’t knock it ’til you try it — and when you do try it, really knock it. You know, you’ve got to get that baby out of there.” Even as a person who is pro-choice, I found myself wincing at how Wolf made light of the subject. Most people, regardless of their stance on the issue, would never treat abortion as a laughing matter.

Wolf sprinkled some harsh truths throughout her monologue; among them was her criticism of the media’s obsession with Trump. She quipped about the media pretending to hate him, while in actuality they love that he has helped sell their newspapers and increased viewership for their shows. This does make sense; mainstream media outlets like CNN, Fox News and MSNBC constantly bombard us with Trump’s latest ridiculous tweets and treat his every movement as breaking news. It would be nice to wake up to the news one day and not feel like we are hurtling toward the death of democracy or a post-apocalyptic world.

Wolf made several relevant references to the #MeToo movement. She took a jab at accused child molester Roy Moore when she talked about her age, saying that she is “10 years too young to host this event and 20 years too old for Roy Moore.” Wolf also made fun of the allegations that Trump paid off his mistress, Stormy Daniels, by joking, “It’s 2018 and I am a woman, so you cannot shut me up — unless you have Michael Cohen wire me $130,000.” Unlike the jokes aimed at Sanders and abortion, Wolf’s material on the media and the #MeToo movement was clever and intelligible.

When she didn’t take cheap shots at people’s appearance or use awkward and vulgar material, Wolf was actually funny. In a refreshing sort of way, she was brutally honest, and her no-filter attitude garnered some laughs from the audience. Let’s just hope that at next year’s correspondents’ dinner, the jokes are a little more mature.